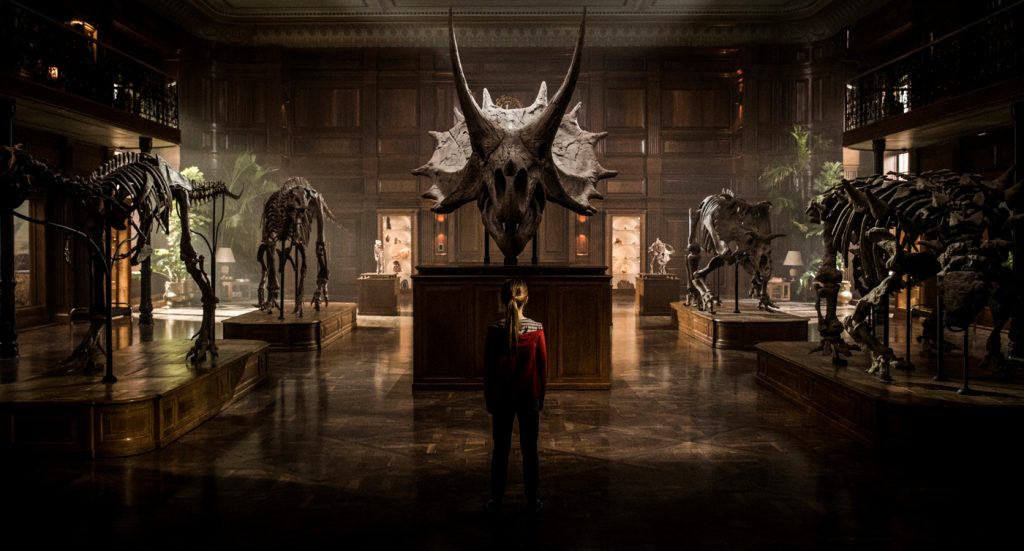 The dust raised in Jurassic World: Fallen Kingdom is still settling, but the fallout of the movie’s conclusion is clear enough. Writer Colin Trevorrow recently discussed the biggest surprises of the story with io9, and he answers some important questions along the way.

One key revelation was the discovery that Benjamin Lockwood (James Cromwell) adapted the park’s technology in order to clone human beings. When his daughter passed away, he secretly cloned her and passed off the clone, Maisie (Isabella Sermon), as his granddaughter. Trevorrow revealed the thought process of extending the world’s tech beyond the dinosaurs.

“We wanted to talk about the larger impact of genetic power and the potential human impact and the emotional impact of it. And we knew that we didn’t want to continue to make movies about the dangers of messing with science. We want to tell a story about where we are now, which is that we have we have messed with science, we have fundamentally altered our world and now we’re dealing with the consequences.”

This was a bold step for the franchise to take, and a smart one. The story is now about living with mistakes, not making them, which is the idea behind both the cloning reveal and the end of the movie that saw dinos moving into the world and cohabitating (more or less) with humanity.

But where did this wealthy and hitherto unknown Lockwood come from? Turns out the writers’ room decided to go back to the series’ roots, drawing inspiration from Michael Crichton’s novel.

“That character isn’t in the book, but we went back and they do talk a lot about the early days when they first de-extincted a baby elephant. And we thought about, ‘Well, at that time, of course, there would be a silent partner. Of course, it would have been a lot of people involved.’ [Lockwood] would have been one of them. And it felt like opposed to doing a whole prequel, delving that deep into it, it seemed logical to both of us that there would be that kind of a history.”

When asked about the future final act of the Jurassic World trilogy, Trevorrow shared his ideal vision of how things will wrap up—without truly giving anything away, of course. He will jump back into the director’s seat to finish out the trilogy. In a world where humans have to live with the idea that dinosaurs are out there, just like tigers and sharks, Trevorrow doesn’t want the T. rex and the rest of the reptiles to lose their luster.

“My goal with this trilogy is to, when you reach the very end, to have the very first line that Claire ever says, ‘No one is impressed by a dinosaur anymore,’ to be proven completely false. That’s my goal.”