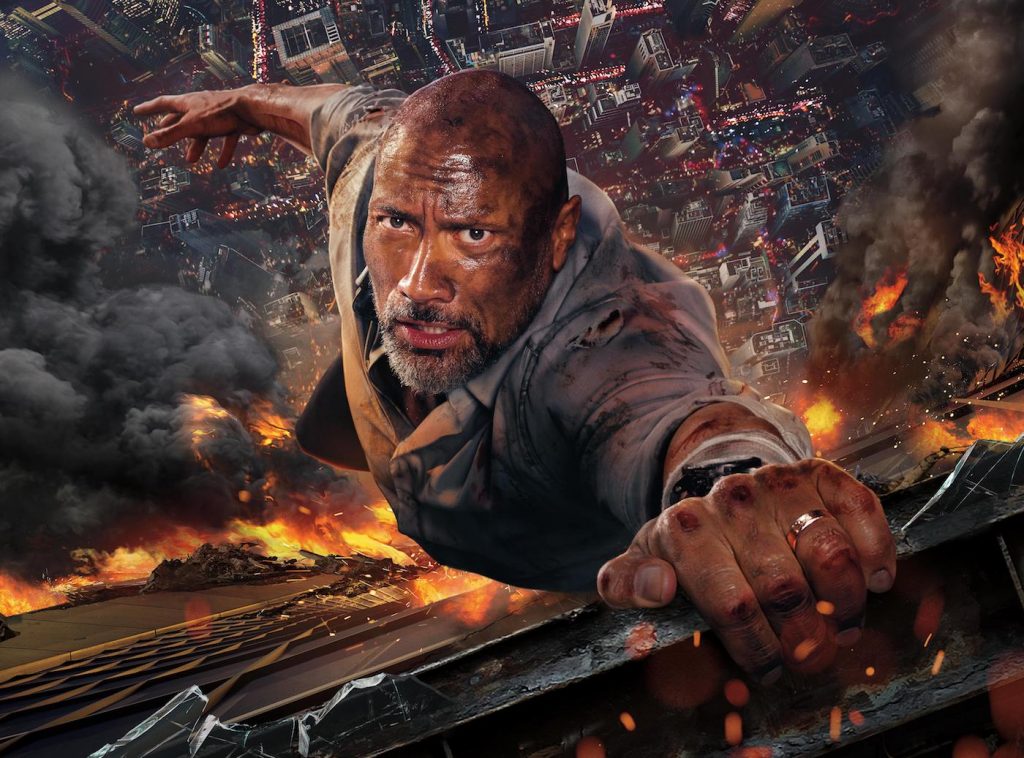 Production designer Jim Bissell faced a 226-story challenge when Skyscraper writer-director Rawson Marshall Thurber enlisted him to create Hong Kong high rise “The Pearl.” Oscar-nominated for his work on Good Night, and Good Luck and experienced in the ways of architecture-driven action through his contributions to Tom Cruise’s dizzying skyscraper stunts in Mission: Impossible – Ghost Protocol, Bissell needed to come up with a tower every bit as dramatic as the movie’s human star Dwayne Johnson. “The sheer scale of the skyscraper had to reflect the effort Dwayne Johnson goes through to save his family,” Bissell says. “In Hong Kong, The Pearl would be more than twice the size of the next tallest building, which is 110 stories. It completely dominate the skyline, so The Pearl can’t just be a rectangle. It has to be something that’s elegant and beautiful.”

Determined to lend the monster edifice a touch of poetry, Bissell gathered his team in Vancouver. There, he recalls, “We asked ourselves, what kind of narrative would go with this building and give it an epic scale?” To that end, researcher Peter Cummings took a deep dive into Chinese mythology and uncovered an ancient origins story about the Pearl River Delta west of Hong Kong. “A boy from this drought-ridden village finds a pearl with magical properties, swallows it, and gets transformed into a dragon,” Bissell explains. “The dragon then become the protector of these villagers and assumes the snaking form of the river. We took that myth and our lead concept designer Stevo Bedford started to design this building as a wonderful dragon that rises out of Hong Kong’s harbor and grasps this pearl out of the sky.”

Blending the Pearl River mythology with the modernist influences of Spanish architect Santiago Calatrava and the late Pritzker Prize-winner Zaha Hadid, Bedford generated curvilinear structures that combined form and function. “I asked Stevo to take a tripod base of three ribbon-like forms and weave them to give the building a fluid feeling, so it becomes almost like a monumental sculpture in the middle of Hong Kong.”

Designers extended the dragon-as-metaphor via the building’s 100th floor glass atrium. “It’s like the transparent belly of the beast,” says Bissell. “The big fire starts there, and then as you go up, everything becomes serpentine or cloudlike, swirling as you move towards this raised consciousness, the metaphysical pearl of wisdom. We had a really good time exploiting that whole mythological structure as a basis for our design.”

Once director Thurber approved The Pearl, Bissell handed off renderings to visual effects outfit ILM, which fine-tuned the CGI version of the building exteriors featured in Skyscraper wide shots. For interior settings, Bissell took over a massive Vancouver warehouse, used previously in Mission: Impossible – Ghost Protocol, and reconfigured it as a setting for Skyscraper action sequences.

Despite appearances, actors never stepped foot in Hong Kong. Bissell’s most ingenious Vancouver-for-Hong Kong switcheroo came about when he mimicked a ferry boat ride taken by Dwayne Johnson’s character early in the film. “We built a portion of the ferry on the train tracks and constructed part of the ferry terminal in Vancouver,” he recalls. “That allowed us to film the ‘ferry’ slowly coming into the ‘dock,’ where you see the gangplank go down. It integrates very nicely with the second unit photography.”

Filmmakers shot the live-action performances on the fake ferry boat against background plates of water that were photographed in Hong Kong’s Victoria Harbour and digitally inserted during post production. “When Dwayne Johnson’s standing at the rail, you see him against this background plate,” Bissell says. “Then you reverse the camera and all of that action is really happening on our set in Vancouver. I’m kind of old fashioned because I trained in the theater. I like doing things in camera so actors can react viscerally to their environment as opposed to just reacting to green screen.”

In Bissell’s view, Skyscraper illustrates how finely detailed backstories deepens the subliminal impact of even the most spectacle-driven stories. He says, “Every movie has its obvious narrative but when you look closer, there’s all sorts of subtext going on. Once you discover those things, they become invaluable in guiding your design process.”