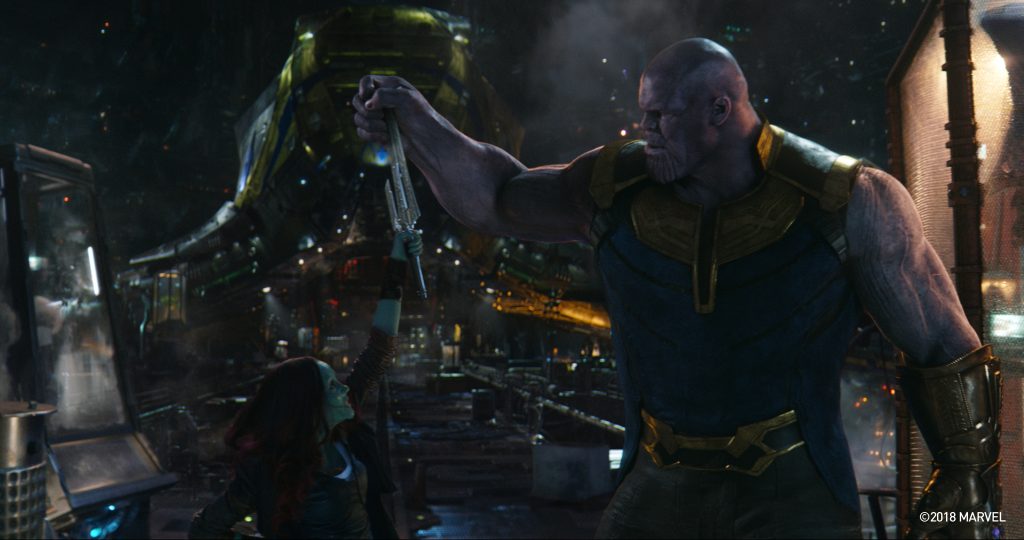 The Mad Titan and his adopted daughter have one of the rockier relationships we’ve seen on the screen lately.

The lengthy Avengers: Infinity War already provided tons of emotional insight into the quarrel between Gamora (Zoe Saldana) and her self-proclaimed protector, Thanos (Josh Brolin). Gamora’s home planet was one of the early victims of Thanos’ conquest, and he took the adorably innocent, green child into his giant arms—after killing her parents, of course.

In a new deleted scene (via USA Today), the pair hammers out some of the long-festering wounds Thanos caused. Some of the conversation, like Thanos telling her that he knew she lied about the Soul Stone, was in the theatrical release, but much is also new. It begins with a projection of a memory. We saw Gamora as a child in the film, but here she’s in a new form, a young adult. At that point in time, she has not yet run away from Thanos, and is actually doing his bidding.

Talk about family issues: Thanos has a heart-to-heart with Gamora (@zoesaldana) in this EXCLUSIVE deleted scene from ‘@Avengers: #InfinityWar.’ https://t.co/c2rtJEq66V pic.twitter.com/WrsRtjaHDZ

It’s a bit uncanny to see Gamora back when she was a villain. She starts that way in Guardians of the Galaxy, but quickly aligns herself with her target, Peter Quill (Chris Pratt). But this isn’t the first deadly family duo in the MCU. There were brief flashes of Odin (Anthony Hopkins) and Hela (Cate Blanchett) in their conquering days during Thor: Ragnarok. Frighteningly, the only people powerful enough to stop one of those teams is probably the other.

Some of these characters met ambiguous ends in those two MCU films, but there’s no saying who can and who can’t come back when everything’s said and done. But it won’t all really be done; there’s potentially dozens of new Marvel films to come in the future and a frightening array of villains to tag along with them.

Other special features for the Infinity War release include: