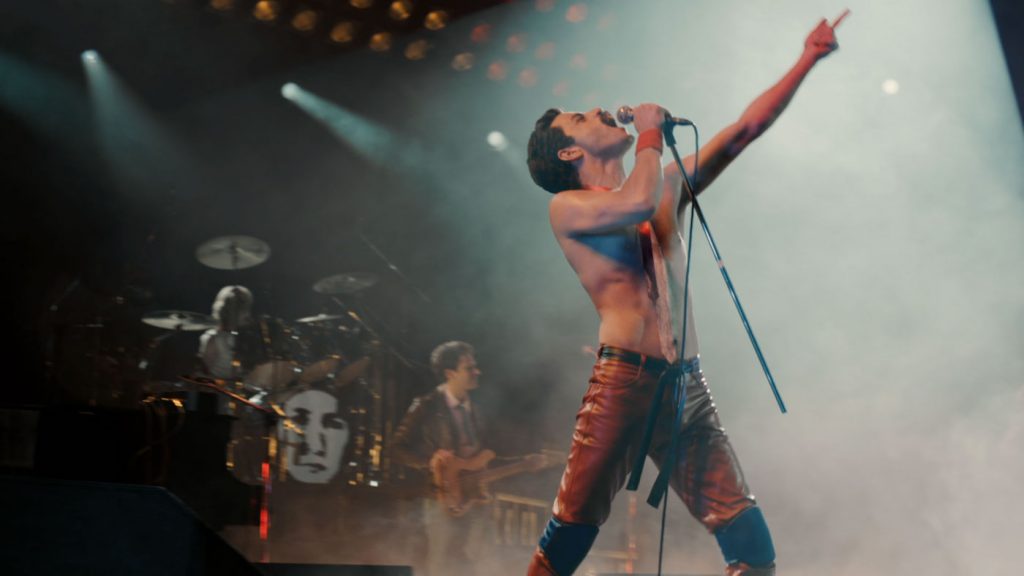 If you enjoy getting goosebumps, the new Bohemian Rhapsody trailer will deliver a delicious dose. If you don’t, watch it anyway, because a story this special is worth the suffering.

The second, more “official” look at the Freddie Mercury and Queen biodrama digs deeper than the first. It allows glimpses of the bisexual singer’s private life, from his early relationships to the realization that AIDS would cut his life tragically short. But before the illness, before the fame, before the leotards, there was just Freddie, a boarding school kid living outside Mumbai who liked to recreate the Western music he heard on the radio.

The trailer and synopsis don’t indicate that the film will go that far back in time. But it does, at least, trace Mercury’s roots far enough to portray his first approach of the other band members and their subsequent, small-time emergence. The rock star looks his theatrical self from the very start, and Mr. Robot’s Emmy-winning Rami Malek nails his energetic glamour.

Bohemian Rhapsody will also delve into the origins of some of Queen’s most legendary hits, not the least the epic, eponymous track. “Bohemian Rhapsody” is one of the most inventive songs of the band’s, and the world’s, musical oeuvre, and it’s good to see in this trailer that the filmmakers are approaching what must have been a peculiar creative process with some humor. There’s also footage of the brainstorming session behind “We Will Rock You,” which is exquisitely mashed up with “Bohemian Rhapsody” at the trailer’s beginning.

Sacha Baron Cohen was initially slotted to portray Mercury, but—no offense to the experimental comedian—Malek ensures that his presence isn’t missed. The thirty-seven-year-old pulls off the ‘stache and shades with ease. Mike Myers, Joseph Mazzello, and Game of Thrones’ Aidan Gillen also feature.

Relive that legendary performance at Live Aid when Bohemian Rhapsody stomps and claps into theaters November 2.