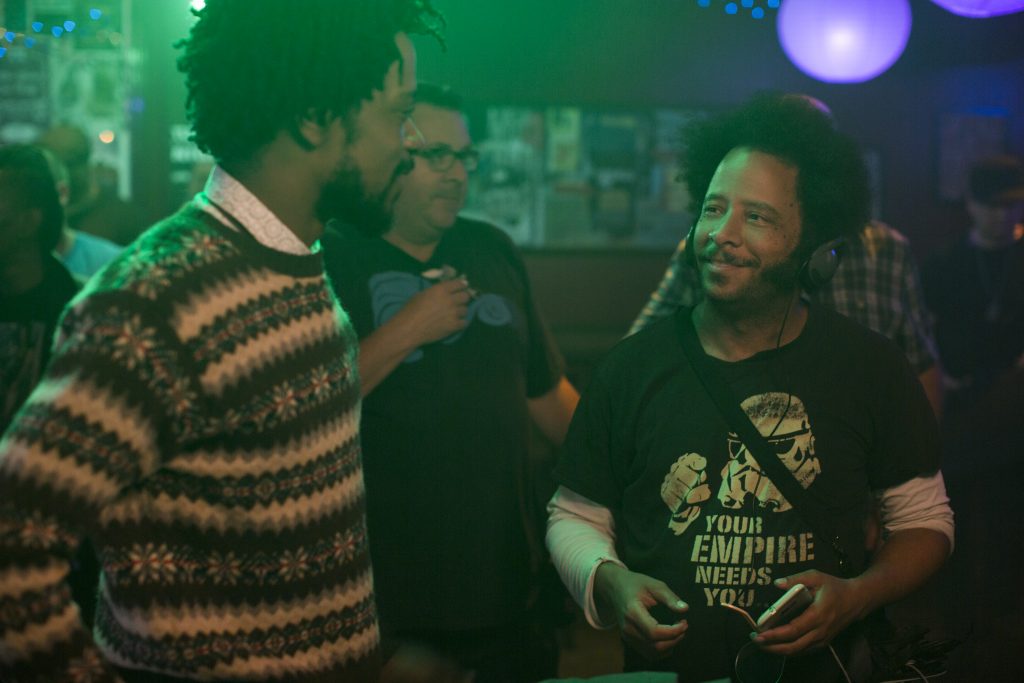 Sorry to Bother You, the directorial debut from hip-hop artist Boots Riley, has had comedy fans buzzing since its screening at January’s Sundance Film Festival. The movie follows a telemarketer played by Lakeith Stanfield (Get Out, Atlanta) who stumbles upon his key to success in the corporate world: his perfect-for-sales “white voice,” which is comically dubbed over Stanfield’s own voice by David Cross. Tessa Thompson (Westworld, Thor: Ragnarok), Steven Yeun (The Walking Dead), Terry Crews, Danny Glover, and Armie Hammer all also feature in the zany piece of social satire.

In a new YouTube featurette from Annapurna Pictures, Riley and his cast divulge what brought them into such a mad, unique film. Riley tells us right off the bat that the film “is an absurdist dark comedy with magical realism,” which is immediately evident if you watch the trailer. Besides the outrageous vocal transformations the characters make, they also teleport and witness all sorts of raunchy events in their odd world.

“What always struck me about Boots was just the intersection of really rad art and activism,” Thompson tells the camera. “I think what you’re seeing is a real desire for marginalized groups to be dignified. That to me is why a film like Sorry to Bother You is right on time.”

Another great inclusion comes from The Man from U.N.C.L.E. and Call Me by Your Name star Armie Hammer, who mentions that he listened to Boots Riley’s music group the Coup in high school, and that he was immediately excited when he heard Riley was the film’s writer and director. Hammer plays a businessman who swoops in and tempts Cassius (Stanfield) with a job offer, and his character, while similarly well-dressed, is miles away from the actor’s cold and vengeful portrayal of the Winklevoss brothers in The Social Network.

Catch this bold new indie film when it hits the big screen on July 6.