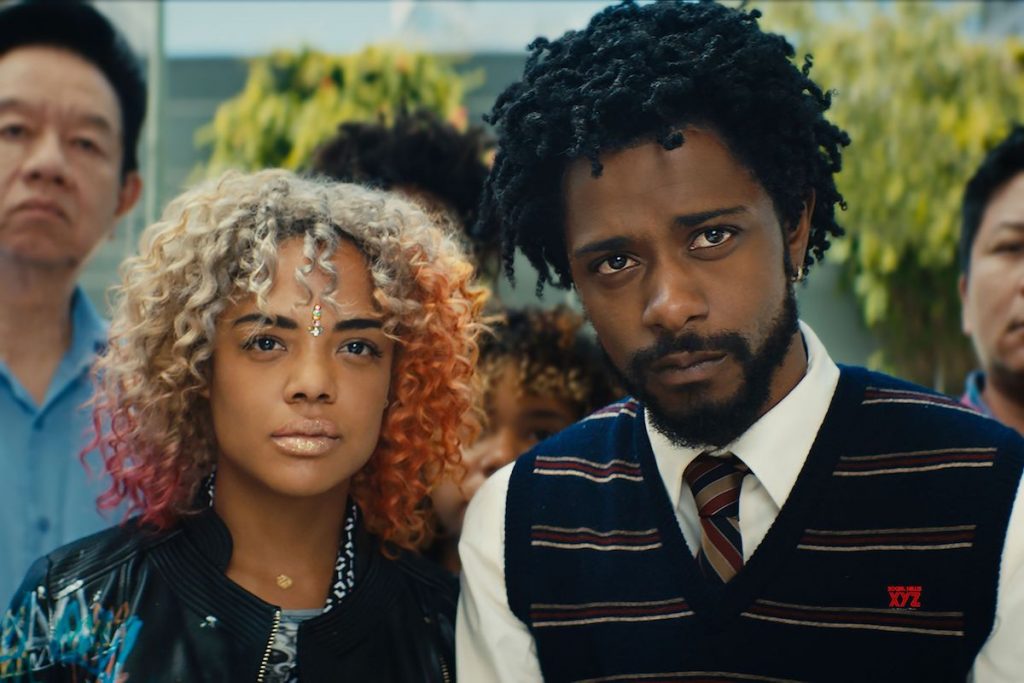 There was a lot to like at this year’s Sundance Film Festival, which was marked by a glut of hugely impressive, high quality films (but not a ton of big time deals, as we’ve been used to in the past). One of the fest’s standouts, Boots Riley‘s truly singular Sorry to Bother You, was snatched up by the Annapurna Pictures, and now they’ve released the first trailer. This glimpse at Riley’s audacious film gives you a snapshot of why Sorry to Bother You left crowds in Park City so giddy.

Sorry to Bother You stars Lakeith Stanfield (Get Out, Atlanta) as Cassius Green (known as “Cash”), a fairly lazy telemarketer who realizes he has the world’s most potent super power—he can speak with a “white voice” (portrayed by Arrested Development‘s hilarious David Cross). Cash cashes in on this profitable ability, and in short order he’s a rising star at his company. This is not the plan his activist girlfriend Detroit (Tessa Thompson); she doesn’t love Cash’s cozy new relationship with the corporate power structure. At the top of that power structure is the aptly named Steve Lift (Armie Hammer), the coke-loving CEO who is harboring a few serious secrets.

All of the above is more than enough of a conceit to power a very funny film, yet Boots’ had a lot more in mind with this film than just getting laughs (which it did and then some at Sundance). Sorry to Bother You is a deeply ambitious film that happily moves from comedy to fantasy to creep-fest to social satire, somehow congealing into a satisfying, dizzying whole. Annapurna is known for cultivating auteurs (they have long-standing relationships with the likes of Paul Thomas Anderson and Spike Jonze), and Boots Riley is a brilliant new voice in film, and one that would benefit greatly from a production company like Annapurna believing in him. They should, and do, and the result will be your chance to see Sorry to Bother You, which comes out on July 6. Trust us; go see this film.