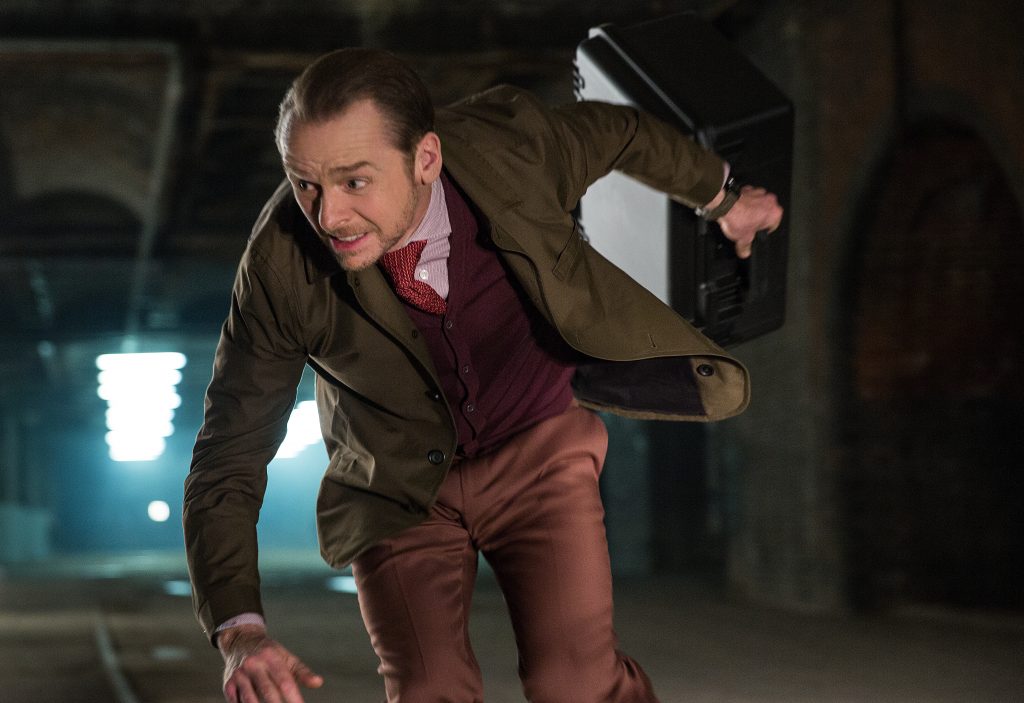 At the film’s red carpet premiere in Paris—the city star Tom Cruise admitted the film is a “love letter” to—actor Simon Pegg told CinemaBlend a little bit about how his character Benji spends his free time.

“Benji studies hard. He trains. He goes home and he plays Minecraft. [Or] Fortnite! Yeah, that’s what I play. He plays Fortnite online with Ethan. And he’s better—in Fortnite, he’s better at fighting than Ethan. Ethan’s had like two kills, max. Benji had a game with, like, 12 kills. He got the Legendary Scar, and he offed a bunch of perps.”

We would expect nothing less from Pegg’s quirky persona, but what is surprising is his knowledge of the wildly popular, free-to-play shooter. It shows that either Pegg plays the game in his own free time, or he spends a lot of time method acting at home. Benji is often behind a computer screen while Ethan performs his legendary heroics, so it’s natural that the sidekick would rub in his digital dominance over Ethan on the online battlefield when he gets the chance.

Pegg had more to say about Benji’s antics that paint a more complete picture of whatever man-cave he retreats to when the world isn’t in danger.

“He has a sex dungeon in his basement. And I just think we should see a bit of that, do you know what I mean?”

The last detail, if included in a future Mission: Impossible sequel, might make it difficult to keep things PG-13. But writer/director Christopher McQuarrie has done the impossible before, so maybe he’ll give Pegg his way and allow Benji’s personal life some screen time if he helms another installment of the franchise.

For now, you can catch Pegg, Cruise, Henry Cavill, and more when Mission: Impossible – Fallout parachutes into theaters July 27.