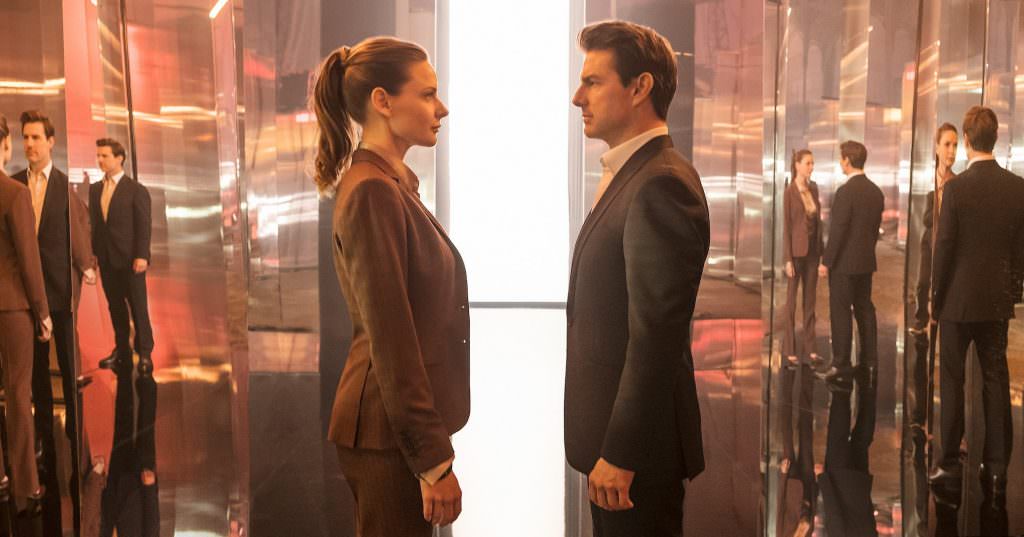 Meet the Mission: Impossible – Fallout Characters in New Behind the Scenes Clip

The more I see of Henry Cavill’s menacing August Walker and his famed mustache, the more I’d rather be jumping out of a window with Tom Cruise than facing him in hand-to-hand combat.

With less than three weeks until Cruise’s sixth Mission: Impossible movie drops, that mustache—I mean man—is becoming a bit less mysterious. In a new behind the scenes featurette, Cavill and other big names behind the project introduce their characters and size up the conflicts that are bound to arise when they’re all thrown together.

“Simon [Pegg], myself, and Ving [Rhames], that is the core Mission: Impossible team,” Cruise says in the interview. But Cavill is forced into the team by Alec Baldwin’s character, Alan Huntley, in order to keep Ethan Hunt (Cruise) in check if he chooses to go rogue. Black Panther and American Horror Story’s Angela Bassett is also featured in the scenes spliced into the featurette, saying she prefers hammers to scalpels. From what we’ve seen thus far, Cavill makes a pretty good hammer.

“Rebecca Ferguson’s returning, so I like that fact that [her character] Ilsa is a match for Ethan,” said Pegg about costar Ferguson, who appears in the series’ last entry Ghost Protocol as a British ally for Ethan. Ferguson, who also featured in The Greatest Showman, rounds out a supremely diverse and talented cast that is sure to maintain the franchise’s reputation as one of the boldest, stuntiest, and smartest action titles.