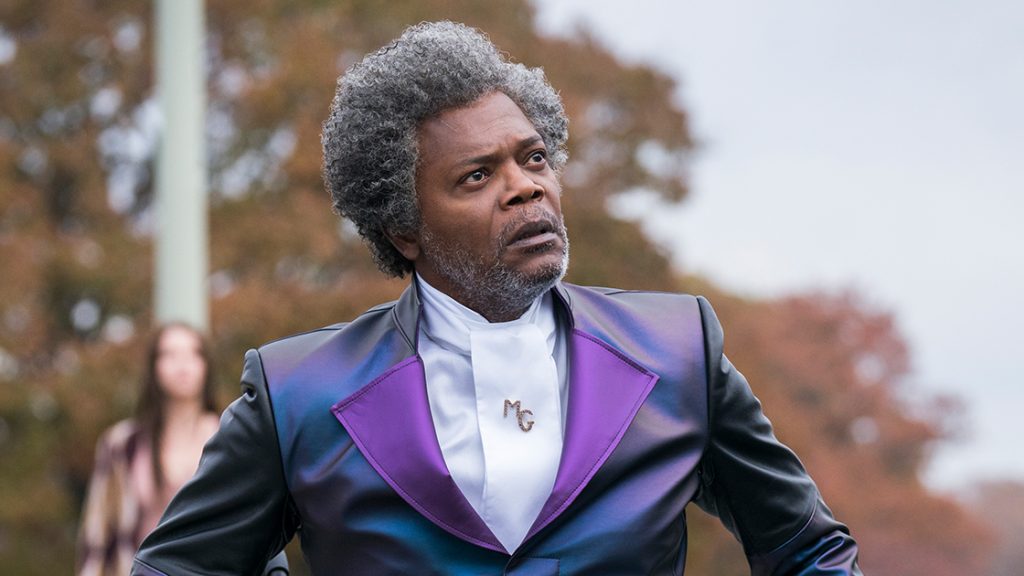 Elijah Price Signals the Era of Super-humans in Glass Teaser

Make way for Mr. Glass. The most vulnerable villain in cinema is having his moment. Criminal mastermind Elijah Price (Samuel L. Jackson) stars in the final teaser trifecta for Glass.

Kevin Wendell Crumb (James McAvoy), tortured by his uncontrollable personalities, was the first to be spotlighted this week. Next came the powerful David Dunn (Bruce Willis) who remains resistant to his fate and role as a superhuman. Crumb and Dunn grapple with the past, but Price has a crystal-clear focus on the future. Price announces, “It is time to show the world what we are capable of.”

Price searched his entire life for Dunn, but he was a man who never wanted to be found. Unbreakable revealed that Price orchestrated devastating acts of terrorism to root out his equal. He found that in Dunn, but does he know there are others? Newly released images indicate that Price is soon to meet Crumb, or already has.

Crumb has the physical abilities that Price lacks. In fact, no human can move the powerful ways the Beast does. However, Crumb lacks all control. Where will the frenzied Crumb and his powers fit into Price’s plan? Simply by virtue of the film being named Glass, it would seem that Price will assert his dominance.

Tomorrow may come with answers to some of our questions. The first full teaser will premiere at SDCC. Price hasn’t appeared since 2000’s Unbreakable. He has supposedly been arrested, but what has come to pass in those intervening years? How are Dunn and Price reunited and where do their paths cross with Crumb?

All week we have been looking for the twist, but Shyamalan is a master. If we’re lucky, it will be impossible to predict, yet we have a few theories. Casey (Anya Taylor-Joy) survived her encounter with the Beast, but how? No mere mortal seems to have escaped alive. Perhaps she has powers of her own. Sarah Paulson joins the case as Dr. Ellie Staple who bravely agrees to counsel all three men simultaneously. Perhaps she’s key to the story. Tomorrow’s trailer is likely to be subtle and obscure the greatest secrets, but we look forward to unwrapping more clues.