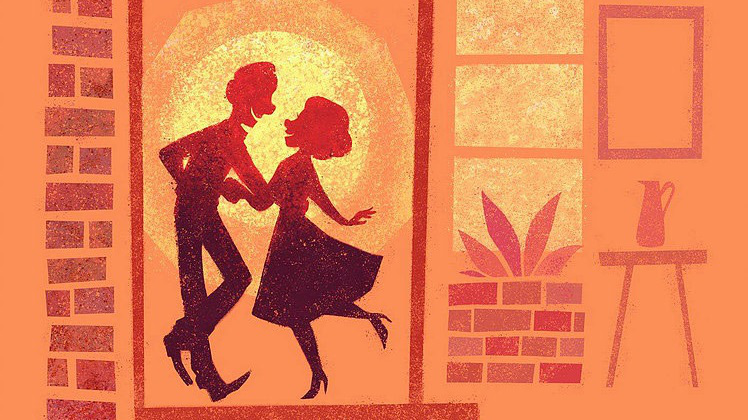 Ever since I first laid eyes on a (vacuum tube) TV, I have longed to be immersed in a cartoon world. The colors, the characters, the sounds. I want to be in the center of it all. Disney is now making my wildest wish come true, as they so often do. The pioneer animation company is producing the first VR animated short film from a major studio, Variety reports.

Cycles comes from director lighting artist Jeff Gipson who has worked on four fabulous films, Frozen, Big Hero 6, Moana, and Zootopia. Disney has released only a single still image from the project, but you can tell Gipson is a lighting expert. The image plays with simple shapes in the vein of Saul Bass and expresses emotion through light and shadow.

While making this major technology leap, Gipson promises to stay true to the Disney formula of slaughtering our emotions in the most adorable way. Based on his own experiences in caring for his grandparents, the piece will explore what it means to make a home. Oh no, we cannot take another Up sequence. How will I wipe my tears beneath my VR headset?

“We wanted to create a story in this single place and be able to have the viewer witness life happening around them,” Gipson said in a statement. “It is an emotionally driven film, expressing the real ups and downs, the happy and sad moments in life.”

Cycles will be something of an experiment as VR is a brand-new frontier in filmmaking. The best directors call focus to exactly what they want the audience to see, which is a lot more difficult when they have 360 degrees to look. Even the most experienced VR filmmakers are relatively new to the game. According to Variety, even planning Cycles required a new workflow. Gipson and his team used Quill VR painting techniques and motion capture in place of storyboarding. If this works, I hope they release a ‘making-of’ video as the process would be fascinating.

Cycles will premiere at SIGGRAPH 2018 this August in Vancouver. If you’re making a trip to the conference, look for the Immersive Pavilion and let me know how it was.