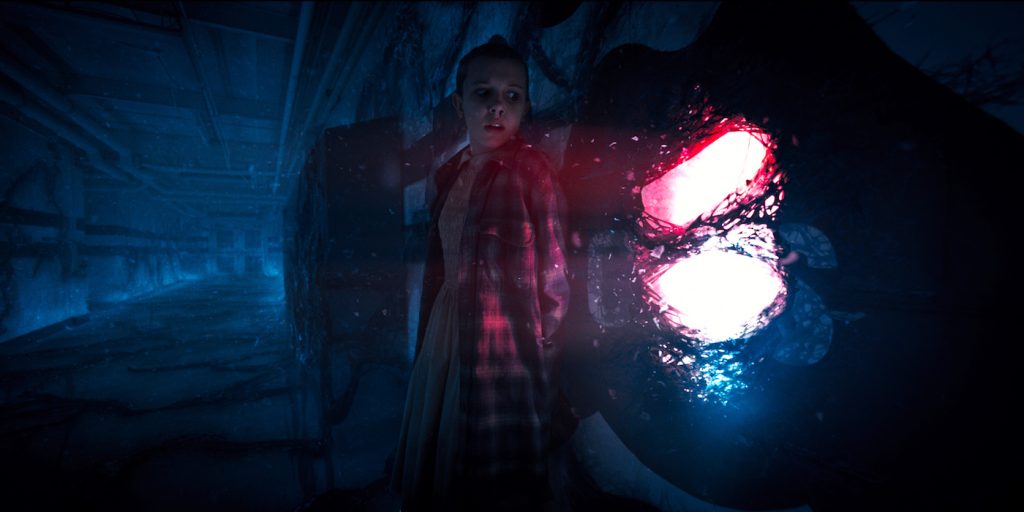 Check out Millie Bobbie Brown in First Godzilla: King of the Monsters Clip

Our guess is in only a few days, we’ll have plenty of fresh Godzilla: King of the Monsters information to share. The Warner Bros. panel at Comic-Con is this Saturday, and the studio has already begun teasing their upcoming monster epic. Entertainment Weekly got this epic pic of everyone’s favorite nuclear-powered lizard. And now we’ve got a glimpse of the first teaser from Michael Dougherty’s film, which shows Stranger Things‘ Millie Bobbie Brown attempting to contact Monarch, first introduced in Godzilla. The ambient sounds you’ll hear surrounding Brown’s Madison Russell are proof positive she’s in a bit of a monster-related bind.

Here’s what we know thus far: Brown’s character Madison is the daughter of Dr. Emma Russell (Vera Farmiga), a Monarch scientist who’s kidnapped by a sinister group that plans to use her research to control the beasts she studies. Once she’s taken, her ex-husband Mark Russell (Kyle Chandler) launches in to help, joining up with Monarch for a rescue mission that’s turned on its head (pun!) when the three-headed King Ghidorah gets involved, along with Mothra and the flying freak show Rodan. What the good guys could really use is an even bigger monster who could battle these beasts. Hmmm….

The new story follows the heroic efforts of the crypto-zoological agency Monarch as its members face off against a battery of god-sized monsters, including the mighty Godzilla, who collides with Mothra, Rodan, and his ultimate nemesis, the three-headed King Ghidorah.  When these ancient super-species—thought to be mere myths—rise again, they all vie for supremacy, leaving humanity’s very existence hanging in the balance.

The film will be a proper sequel to the events in 2014’s Godzilla.