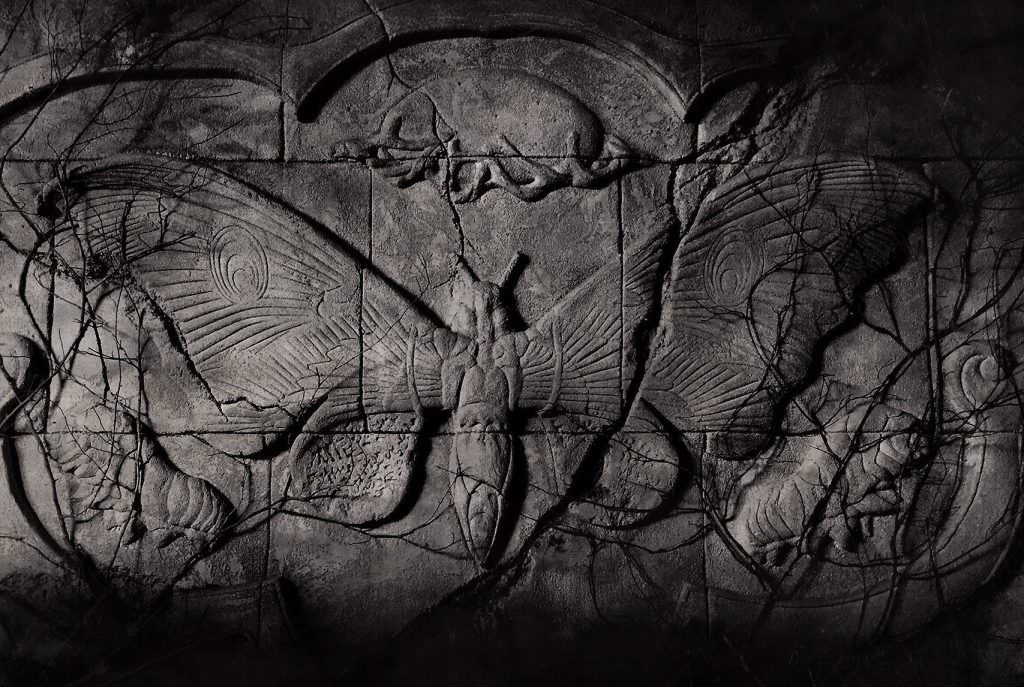 Although Warner Bros. is calling the film Godzilla 2, its instructive to know it was once called Godzilla: King of Monsters. This is because, as we’ve written before, the massive lizard might be king, but as any Game of Thrones fan knows, there will always be people, or monsters, out there looking to take your throne. In Godzilla 2, those forces are three legendary monsters; Mothra, Rodan and Ghidorah.

With production now in full swing, we can expect to get a few select details from set, and a key image has just arrived; a look at Mothra. The new story follows the efforts of the secret monster-tracking agency Monarch as they go to war with ancient monsters, believed to have been myths, who are very real and now wreacking havoc on the world. Their efforts begin with Godzilla, but escalate dramatically once the King of Monsters goes to tail to wing with Mothra and Rodan, and finally, against the three-headed King Ghidorah. These creatures are the biggest, baddest in existence (where you place King Kong on this list depends on which version of the ape you’re referring to, in Kong: Skull Island, he was nearly 100 feet tall). Mothra, arguably the hardest of these monsters to imagine in today’s world of hyper-realistic CGI considering she’s typically been potrayed as a colossal imago moth, was glimpsed in a post-credits scene in Kong: Skull Island. Then, during last weekend’s Comic-Con, a Twitter Account with the handle @MonarchSciences, named after the aforementioned organization that has been central to Legendary Pictures and Warner Bros. interconnected MonsterVerse, shared this “classified” photo from “Temple of the Moth”—this, folks, is Mothra. Note that the moth-like creature has some sort of egg (or cocoon) overhead, and seems to be surrounded by larvae: 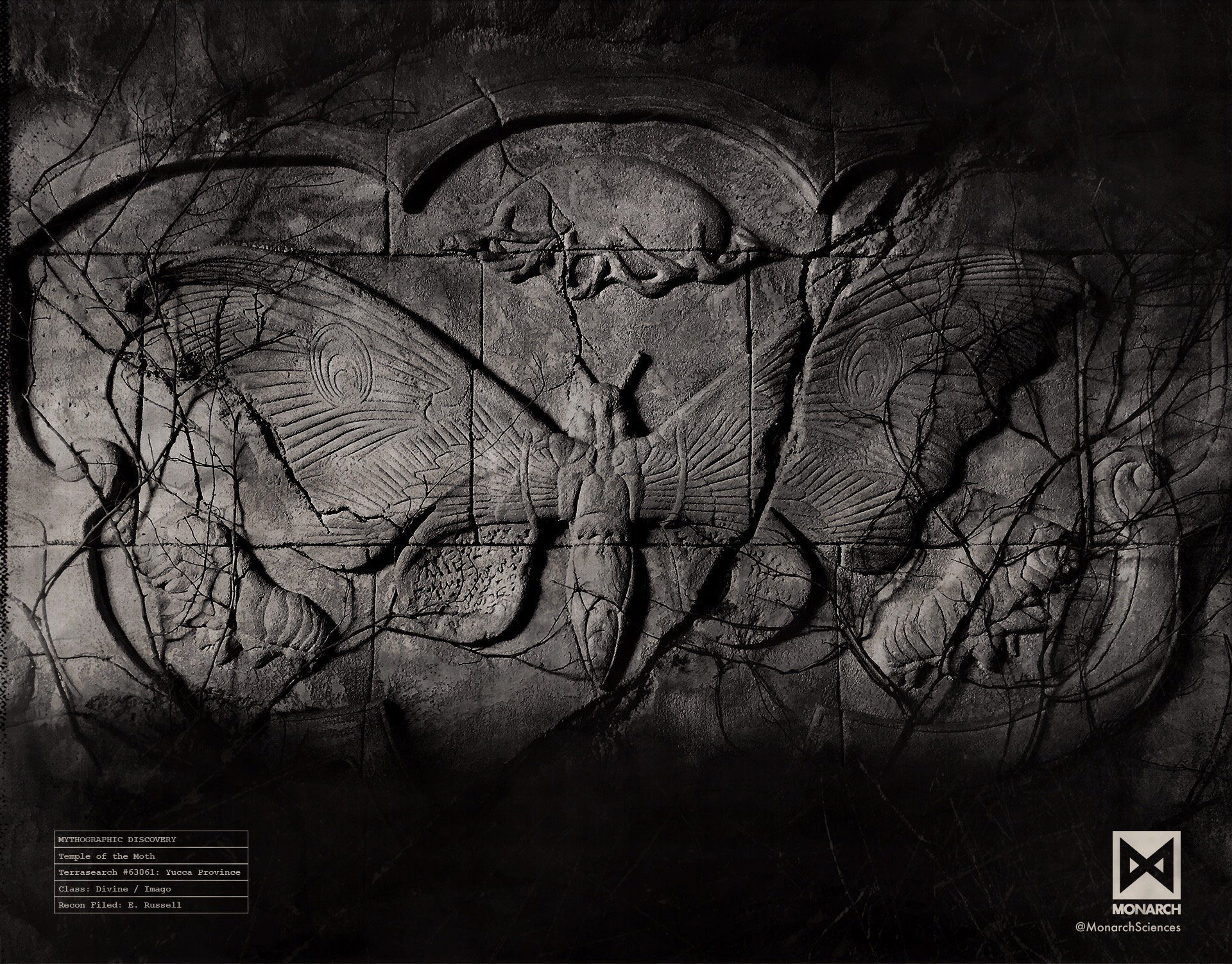 The image comes complete with the coded details in the lower left hand corner, with the recon achieved by an E. Russell, but considering only a character names have been attached to cast members, we’re still unclear who might be playing this Monarch researcher.

This Mothra reveal comes a little more than a week after a video on the Skull Island twitter feed showed a timeline of Monarch’s activities after the events of that film took place (Skull Island was set in 1973). The clip begins with Monarch quarantining a volcano on Isla De Mona in 1991, which, as CBR.com points out, “hints at Rodan, an irradiated Pteranodon that nests on volcanoes as seen in his debut feature Rodan (1956).”

Then the video references Godzilla’s major foil, the three-headed Ghidorah, which was found “sealed beneath the Antarctic ice shield” in 2016, two years after the events of Gareth Edwards Godzilla. This creature, known by Monarch as “Monster Zero,” comes with this quote from Monarch’s Dr. Vivienne Graham (Sally Hawkins), who is also in Godzilla 2: “the devil has three heads.”

Godzilla 2 is the third film in Warner Bros. and Legendary’s interconnected MonsterVerse, and it’s due out on March 22, 2019. It follows 2014’s Godzilla and this year’s Kong: Skull Island. The fourth film in the franchise will be Adam Wingard’s Godzilla vs. Kong on May 22, 2020.