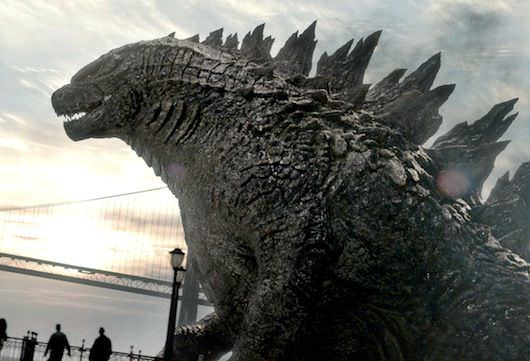 “Whenever I heard his roar, it’s a long roar, a screaming, and to me it almost feels like Godzilla is scolding us for humanity’s foolishness. It’s like Godzilla exists as a symbol of human consciousness. It’s a scream involved with sadness.”

So said Ken Watanabe, one of the stars of the latest incarnation of Godzilla, describing the iconic roar of the original Godzilla in the 1954 film that started it all. That roar was created by composer Akira Ifukube, who struck upon the ingenious idea of creating the monster’s melancholy wail by rubbing a pine-tar slathered leather glove over the loosened strings of a double bass. “Ifukbue was also a writer, he wrote about the power of sound to connect to the deepest parts of our souls," says supervising sound editor and sound designer Erik Aadahl, who was tasked with creating a similarly powerful roar for Gareth Edwards' Godzilla, which opens in theaters tomorrow. "He called sound the most primitive art."

Aadahl and his founding partner at E Squared, Ethan Van der Ryn, a sound design team that has worked on some of Hollywood’s biggest, sound-intensive projects like Lord of the Rings and Transformers, started working on Godzilla’s roar roughly three years ago. This is how much time and effort were required to create a sonic language for a creature who is much more than a monster. Godzilla is, of course, the star of the film.

Ifukube set the bar very high. Regardless of the incredible technology Aadahl and Van der Ryn had at their fingertips, there’s an emotional component to the sounds Godzilla makes that require more than just top notch equipment. Whether you realize it or not, Godzilla's roar and bellow are a major component of what makes him more than just a killing machine. “Monsters that have been popular,” Aadhal says, “like Jaws, Alien, the zombies today, they’re all kind of mindless killers. What’s fascinating about Godzilla is that he’s so much more.” 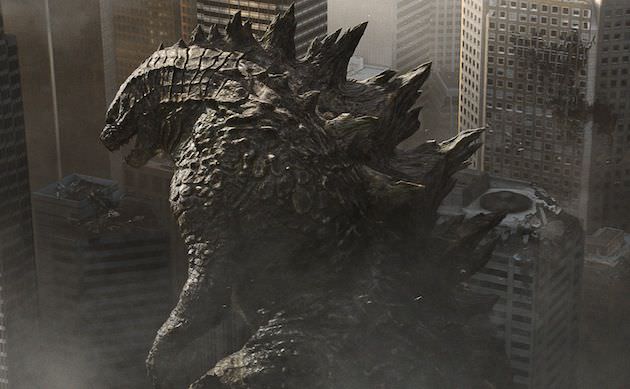 Sound design is a part of the storytelling process. When we watch a film, it’s our ears that end up controlling so much of how we react emotionally to a scene. We all feel we are vigilant film watchers, dissecting what we see on the screen, hunting for clues, supplying context, but we are much less critical when it comes to what we hear. Sound moves us without our consent—when we hear the stairs creaking, one after another, while the protagonist sleeps in a nearby room, we may know they couldn’t possibly kill off the star of the film so soon, but our ears command us to feel scared.

“It’s not just Godzilla who becomes a fully realized and emotional character,” Van der Rn says, “but the other monsters, through the sound we were able to give them, have deeper, more fully evolved natures. Even though they are the bad guys, they become sympathetic creatures who are a part of this natural world.”

The problem with asking sound experts like Aadahl and Van der Ryn exactly what it is we’re hearing when Godzilla shrieks is they’ve got a ready example of previous iconic sounds that, were the secrets to their design available at the time, the effect on the audience might have been detrimental to the movie going experience.

“It was a big secret how they made the voice for ET,” Aadahl says. “Sound designer Ben Burtt met this old lady who had smoked her whole life and had this very unique voice. The filmmakers kept that a secret for a long time so you weren’t thinking about that old lady when you heard ET talk.”

Despite being under strict orders to take the secret of their Godzilla roar to the grave, these two sound experts were willing to share quite a bit on their process. One of the things they started with was reproducing Ifukube’s original sound to get a baseline of Godzilla’s roar, and then tried hundreds of different experiments over the course of roughly six months.

“The goal was to get goose bumps,” Aadahl says. “Our process was a long and explorative one. We played with ideas of friction, similar to the original film, as well as with animal sounds.”

Sourcing the powerful roars of living creatures was the same idea that the original Godzilla team had—they recorded lions, tigers, and even condors, and played those sounds back at various speeds, but none seemed right. Aadahl and Van der Ryn found that they, too, didn’t hear Godzilla’s signature sound in the natural world. “I can say it’s a completely non-living based sound,” Aadahl says. “It’s a combination of sounds that fit together, and the goal is to fit them together seamlessly.”

Godzilla’s roar is not just one sound but a collection of them that reflect the particular situation he’s in. Because Godzilla is as much as reactive creature, called into action rather than on a quest to mutilate the world, the sounds he make must reflect the mood of the scene he’s in. “What’s fascinating about sound is when you give voice to something, it gives it a soul,” Aadahl says,  “and Godzilla is a principal character with a performance and a soul, and our whole goal is to illuminate that and open a window into all the possibilities of that rather that confining it—that’s the magic of sound.”

From a musical standpoint, Godzilla’s roar is heavy on the notes C and D. “The range of his shriek and bellow, which is several octaves down from shriek, both go from C to D, while his bellow is a different component,” Aadahl says.

Listen to Godzilla's shriek at 2:04 in the clip below

“That bellow is a specific part of his vocalization that connects to the melancholic quality from original roar,” Van der Ryn says.

Aadahl and Van der Ryn revealed that when you hear Godzilla in the film, you’re actually hearing sound from well beyond the human range of sonic perception. The human ear can hear from roughly 20 hertz to 20,000, beyond that we can’t hear a thing. Animals, however, can hear far beyond our range, and what they did was take sounds captured from that vast gulf of sonic vibration that is beyond our perception and recorded it using a special Japanese microphone, the Sanken CO-100K, which can record sound up to 100,000 hertz. “All of this sonic information is hidden beyond our range of perception,” Aadahl says. “It’s this invisible universe that we can record and slow down into the human hearing range of perception…it’s a treasure trove of this amazing universe of sound, and a lot of our recordings tapped into that.”

“Sounds that no one has ever heard before, which allowed us to exploit this fresh pallet,” Van der Ryn says. 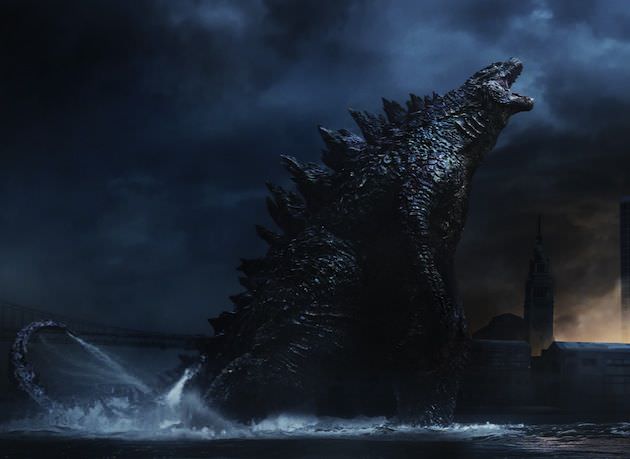 The next step was to take these completely new sounds and “world-ize” them, a term sound guys use to explain the process of taking recorded sounds out into the real world so you can capture how they react with actual environments.

“Once we had those sounds and manipulated them, we took them out to Warner Brother’s back lot and actually brought in the Rolling Stones Tour rig, a 100,000 watt speaker array,” Aadahl says, “which is about the width of the whole street, ten to twelve feet high, and we pumped out all the creatures sounds in the movie into the back lot.”

They recorded the creature sounds from across the lot, on the rooftops and inside cars to get realistic city echoes that would match what the characters would be hearing in the film. This resulted in tour groups calling to complain. The sound traveled up to three miles.

As crucial as nailing Godzilla’s iconic roar and the various sounds he and the other creatures make, one of the most important things Aadahl and Van der Ryn were able to accomplish were pared down moments of little to no sound at all.

“One of the things I’m most proud about is the places we were able to take out all sound and create negative space,” Van der Ryn says. “That’s something we try to do a lot in our work, it’s only in relation to the absence of sound that sound has meaning, and so often that gets overlooked and you end up with a soundtrack that’s just a plateau of all sounds together and it loses its meaning. My favorite scenes in the film are these real quiet moments where we’re able to connect viscerally with the creatures. We took out all these other sounds so we could just focus on the one or two most important sounds that really connect us to these other living beings, making them real.”