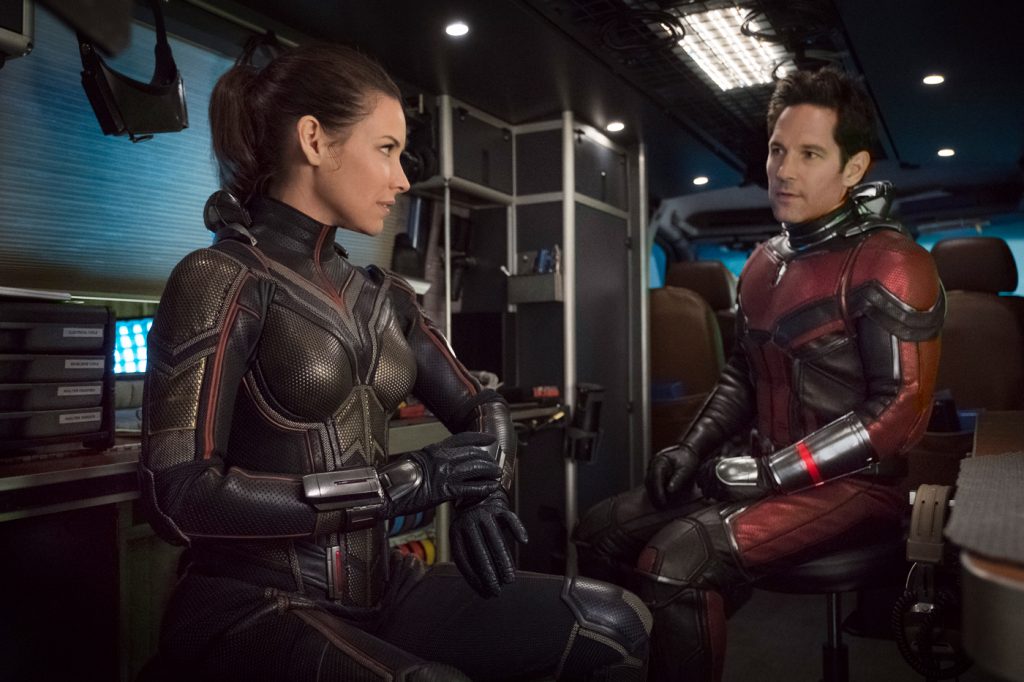 Director Peyton Reed, Evangeline Lilly, and others have answered some of the biggest questions about the next release in the MCU. Ant-Man and the Wasp takes place sometime between Captain America: Civil War and Avengers: Infinity War, but there are more surprises in store than you think. The events of this movie are certain to affect the upcoming Avengers 4 and any potential sequels. Peyton Reed, who also directed the first Ant-Man film, revealed more about the story and its characters during a Collider set visit.

The information Reed divulged included background that hasn’t yet been revealed in recent trailers and TV spots. Reed seems to feel more excited than inhibited about the film’s location on the MCU’s timeline.

“We’re free to tell sort of our free-standing story,” he said, using the implications of Civil War as a “leaping off point” where superheroes have been banned from working outside of government supervision. Because of this, Hank Pym (Michael Douglas) and his daughter Hope van Dyne (Evangeline Lilly) are on the run, refusing to disclose themselves and their suits to the government. According to Reed, Hank is “pretty pissed off” at Scott Lang/Ant-Man (Paul Rudd) for using his suit in the fight against Tony Stark and co. in Civil War. And that rift, along with a newfound trust in Hope, is integral to this sequel.

There’s also a fair amount of modification being done as some of these characters are transplanted from comic books to the big screen.

“Hope van Dyne is generally not okay inside,” actress Evangeline Lilly said during the visit, but she hopes to put a new spin on the character and show that “people do evolve and change.” Now that she is closer to her father, it makes sense for her to portray a Wasp that is more secure in her environemtn as the movie progresses. And the only confirmed villain so far, Ghost (Hannah John-Kamen), will also have more dimensions than typical of the character in the comics.

“[Ghost] is on a mission at odds with our heroes on this journey, but of a similar goal,” executive producer Stephen Broussard said. Instead of maintaining the mystery that usually surrounds the character, Broussard also stated that the character’s backstory, motivations, and agenda of the character will be on full display.