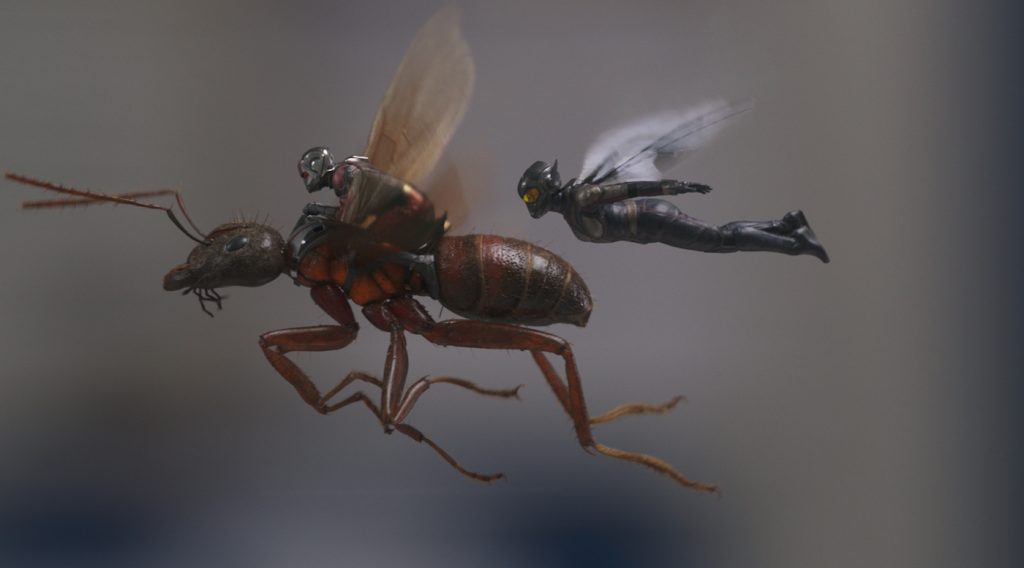 Peyton Reed’s Ant-Man and the Wasp has a lot going for it. It’s the first film in the Marvel Cinematic Universe to give a female superhero top billing, placing Evangeline Lilly’s the Wasp not only in the title, but the very center of the film’s story. It’s the first film in the MCU to premiere after the Russo Brothers’ epic, heartbreaking Avengers: Infinity War. And then there’s the new villain, played by the rising star Hannah John-Kamen, who looks a little like a cross between the Wasp, a ninja, and specter, and has the fairly awesome ability to move through solid objects—hence her nom de villain, the Ghost. In a new TV spot recently released by Marvel, Ant-Man (Paul Rudd) instructs the Wasp that the best way to take the Ghost down is to…make a list?

So what gives the Ghost her powers? The very same tech that turns Scott Lang into Ant-Man and Hope van Dyne into the Wasp, only with some of the aforementioned modifications. The Ghost’s ability to “phase” through solid objects is but one measure of her powers. She can also use this phasing power in a bevy of interesting, bedeviling ways that will give Ant-Man and Wasp plenty of problems. One of the chief joys of the Ant-Man series is how the core superheroes and villains unique, almost comical abilities set up a slew of fantastic visual gags (we’re partial to the the Wasp turning a Pez dispenser into the ultimate road block in the film’s last trailer). Visual splendors and gags abound, which gives the action a wit that blends perfectly well with the comedic tone and Paul Rudd’s longstanding reign as one of film’s most likable funny guys.

Luckily for Rudd’s Lang, he’s got Lilly’s Hope van Dyne watching his back. The film’s main thrust is the search for Hope’s mom, Janet (played by Michelle Pfeiffer), who was last in the Quantum Realm years ago, which is where Ant-Man went, and came back from, in the 2015 film.

Joining Rudd, Lilly, John-Kamen and Pfeiffer are Michael Douglas, returning as Dr. Hank Pym, Michael Pena and T.I., who were both fantastic in the original and are back as Luis and Dave, respectively, Walter Goggins as a criminal named Sonny Burch, and the great Laurence Fishburne as Dr. Bill Foster, a former colleague of Pym’s.