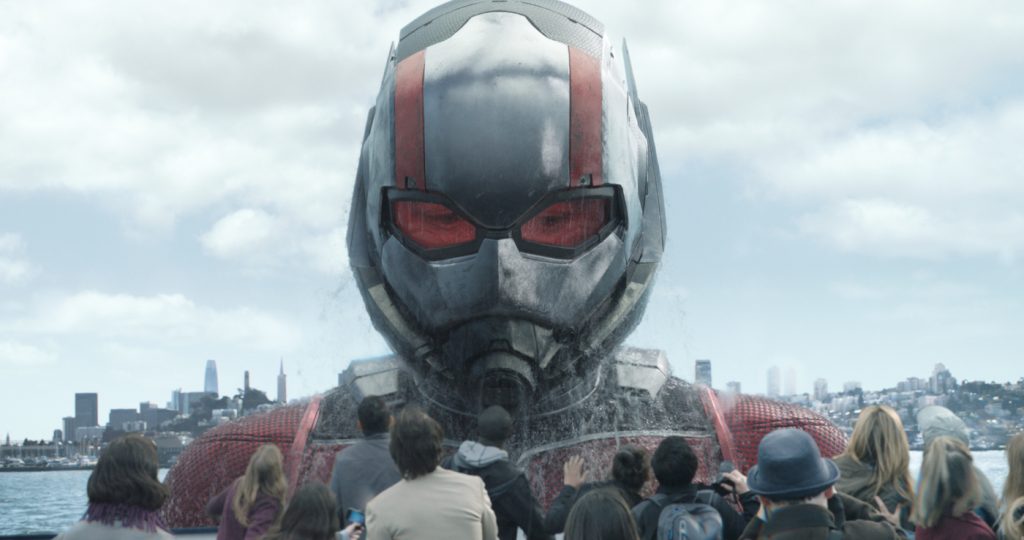 The new Ant-Man and the Wasp Trailer is a Riot

We’ve been telling you how Hope van Dyne (Evangeline Lilly) is going to be the breakout star of Peyton Reed’s Ant-Man and the Wasp (she’s in the title, after all). Yet why take our word for it when it’s made clear in this new trailer? Lilly’s Wasp is the first female superhero to appear in the title of an MCU film, and its’ her quest—to find her mother, Janet (Michelle Pfeiffer)—that provides the film it’s narrative thrust. While this is, of course, still Ant-Man (Paul Rudd)’s world, the Wasp is not only the partner he so sorely needs, but the superhero we all want. Insanely smart and savagely capable, the Wasp’s entrance in the new trailer is one of the best we’ve seen in a while. She’s an excellent addition to the MCU.

Speaking of the MCU—this will be the first film to premiere post Infinity War, and you can feel just how different, in tone and texture, it is from the mega blockbuster that wowed audiences and smashed records this past weekend. The important thing to note is that the events in Ant-Man and the Wasp take place before Infinity War, which will help explain how its possible to go from that epic ending to a lighter, more snappy vibe here—so snappy, in fact, the trailer’s set to a cover of Rob Base and DJ EZ Rock’s “It Takes Two.”

There’s a ton of new footage to parse here, including our first good look at Ready Player One’s Hannah John-Kamen as the main villain, the Ghost. Having stolen some of the tech that powers Ant-Man and the Wasp, the Ghost enjoys the ability to “phase” through solid objects (hence her name), but she’ll have all sorts of other iterations of this phasing power that will give Ant-Man and Wasp plenty of problems. It appears she can become giant, like Ant-Man, and has the hand-to-hand combat skills of the Wasp. She’s going to be a handful as our heroes search for Janet in the Quantum Realm (where Ant-Man went, and came back from, in the 2015 film).

Joining Rudd, Lilly, John-Kamen and Pfeiffer are Michael Douglas, returning as Dr. Hank Pym, Michael Pena and T.I., who were both fantastic in the original and are back as Luis and Dave, respectively, Walter Goggins as a criminal named Sonny Burch, and the great Laurence Fishburne as Dr. Bill Foster, a former colleague of Pym’s who has a funny little bit at the end of the trailer.

If Infinity War was the shot (and it was), we can’t think of a better chaser than Ant-Man and the Wasp. This trailer is good.