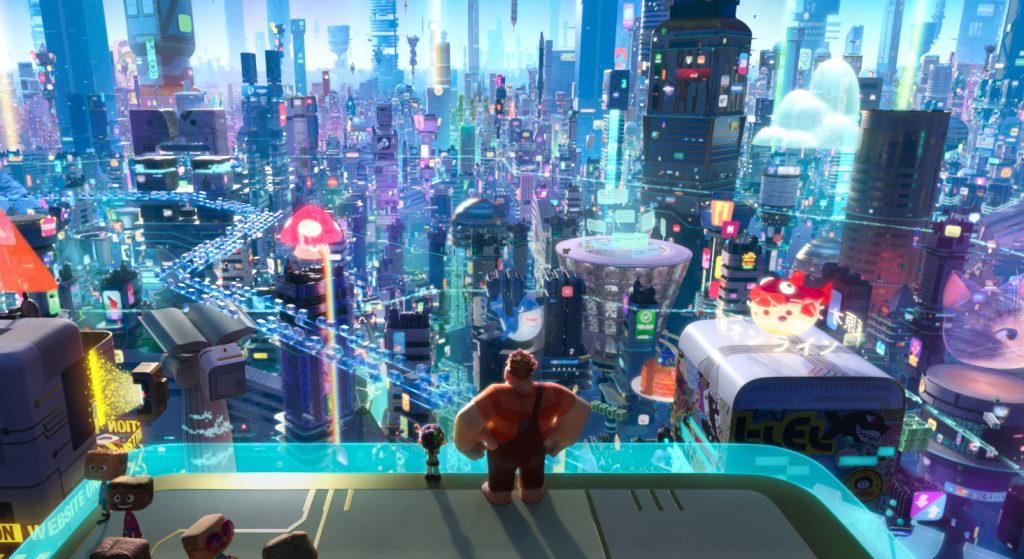 Cinderella smashing her glass slipper and thrusting its jagged edge at the camera? Yes, please.

The newest trailer for Ralph Breaks the Internet: Wreck-It Ralph 2 delivers a refreshing dose of Hollywood feminism. In the sequel to the 2012 Disney hit Wreck-It Ralph, the titular hero (voiced by John C. Reilly) and Vanellope (voiced by Sarah Silverman) make the upgrade from old-school arcade to the 21st-century, clickbait-cluttered Internet. And, with the world’s repository of information at its fingertips, Disney is finally able to flex its numerous assets in one of its own narratives, here in the form of Cinderella, Pocahontas, Snow White, and all of the other princesses.

The trailer answers the classic hypothetical, “What if you could ask the female character what she thought of this?” question in hilarious style, pondering what being a Disney Princess might really mean. And there’s more to the fresh footage, too. Ralph and Vanellope soar through what looks like an upscaled version of the Silicon Valley intro, and from their digital heights, we see a glimpse of our own world: emblems and mascots of Twitter, Amazon, Google, IMDb, Snapchat, YouTube, and more make up a massive playground for the characters to explore. Later, we see yet more of the Disney empire come to life as Iron Man, First Order troopers, and even Eeyore make appearances.

From satirizing search engines to asking the important questions (Why-Fi? Wifey?), the first two trailers suggest that this one’s going to be a winner. Disney is already showing its ambition by going meta and showing, for the first time, all of its princesses on-screen together. There’s no telling what other characters might appear in the full cut, so we can’t wait to find out who and what Ralph will be wrecking this time around.

Featured image: INTO THE INTERNET – In “Ralph Breaks the Internet: Wreck-It Ralph 2,” Vanellope von Schweetz and Wreck-It Ralph leave the arcade world behind to explore the uncharted and thrilling world of the internet. In this image, Vanellope and Ralph have a breathtaking view of the world wide web, a seemingly never-ending metropolis filled with websites, apps and social media networks. ©2018 Disney. All Rights Reserved.