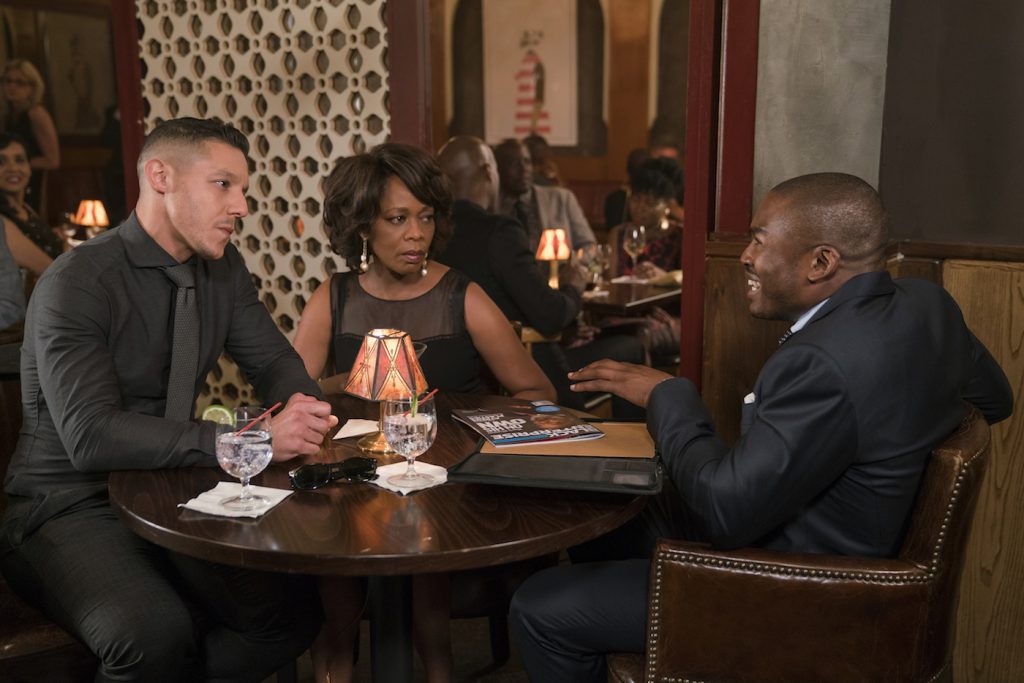 Marvel has dropped the second full-length trailer for Season 2 of Luke Cage, and Alfre Woodard’s Mariah Dillard is front and center.

“Black women have always had superpowers, turning pain into progress,” Dillard says in voiceover. In this season, it looks like she will be doing exactly that (Season 1 spoilers to follow). With her cousin Cottonmouth (Mahershala Ali) dead, she is free to run the nightclub Harlem’s Paradise and wield all of the power that comes with it. Seeking to restore balance to the city by grabbing it by the throat, we see Dillard dealing weapons and calling Cage (Mike Colter) her “dark chocolate boy scout.” Which I’d laugh at, if I wasn’t afraid of both of them.

With only Cage and the everyday criminals of the city to deal with, Dillard’s Harlem Renaissance may have been an easy enough task. Unfortunately for everyone, things are not so simple. Classic Cage villain Bushmaster (Mustafa Shakir) has also entered the scene, and he’s every bit as bulletproof as Cage. And if Cage v. Dillard v. Bushmaster wasn’t enough, there is also a sliver of an appearance by Annabella Sciorra, who plays the devious Rosalie Carbone. Bushmaster and Carbone made their first comics appearances in Iron Fist and Punisher: War Zone, respectively.

Fans of the show with a good memory will instantly remember one of the stunning visual callbacks made in the trailer. Dillard stands facing a portrait of a crowned Biggie Smalls, her head blocking out the late rapper’s face and essentially wearing the crown. In Season One, Cottonmouth stood in the exact same spot, albeit facing the camera. But Dillard doesn’t want to be her cousin. The new Queen of Harlem has her own plans in mind for running the famed New York neighborhood, and we have a feeling she’ll be tougher to see out than those who have come before.