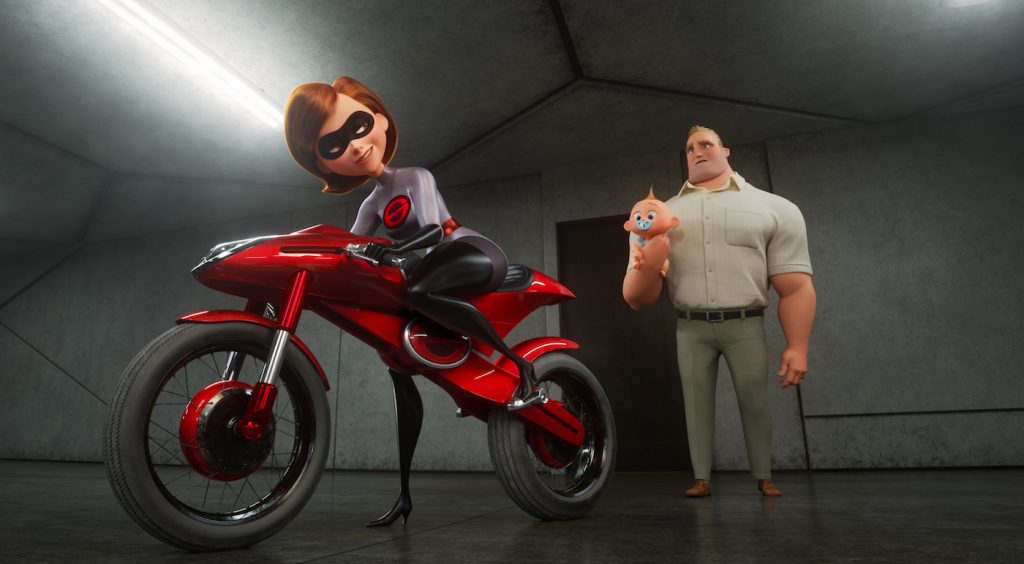 Early Incredibles 2 Reactions Tout a Pixar Sequel for the Ages

The Incredibles writer/director Brad Bird made Incredibles 2 writer/director Brad Bird’s job a tough one. How was Bird going to live up to what Bird (and his topnotch Pixar team) had accomplished way back in 2004. Well, the early reactions to Incredibles 2 are in, and they’re mostly glowing. Despite a 14 year gap between the two films, Incredibles 2 picks up right where the original left off. We’re once again following the exceptional Parr family, this time with matriarch Helen (Holly Hunter) called away on a superhero mission, leaving Jack (Craig T. Nelson) at home to take care of the kids. Superhero missions look a whole lot easier.

Pixar has had some of the best sequels in the business, with Toy Story 2 and Toy Story 3 at the top of the class, but it’s very hard to duplicate that original winning formula, and even harder to improve upon it. Yet Incredibles 2 is generating a lot of really positive buzz, with comparison’s to Toy Story‘s two powerhouse followups.

Here’s a brief roundup of some of the early reactions:

Man #Incredibles2 was fantastic! It was fast paced, full of laughs, action, emotion and a kick ass story. I really liked the first one, I LOVED this one.

#Incredibles2 is such a friggin delight! Family dynamic is brilliant yet again but WOW is Jack Jack a scene stealer. And that score! More A+ work from Michael Giacchino that I’m gonna need to own.

It should surprise no one that #Incredibles2 is a flat out masterpiece — thrilling, moving and impeccably designed. Worth every second of the 14 year wait. pic.twitter.com/ll0yPjdBi2

Got out of #Incredibles2 OMG! Somehow better than the original. Jack Jack is unreal funny!! Great to see the whole family & Frozone together again! When I talk to the director and cast tomorrow I’m going to ask them when Incredibles 3 is coming out!!!! Y’all are gonna ❤ this! pic.twitter.com/9FJKfEcj23

Time for some good news! Pixar’s #Incredibles2 is fantastic! Sweet, hilarious, and terrific pacing w/ a breezy story packed w/ action & heart. Adored it and the short #Bao before it. My favorite summer movie so far this season pic.twitter.com/WrCSN4J948

Wow!! #Incredibles2 is a blast. It does a great job building on the characters and the world, and it’s super funny and action packed throughout. I had my doubts, but was thoroughly impressed. Will go down as one of the best titles of the summer. pic.twitter.com/jxR3U4SNoo

I watched #Incredibles2 yesterday and I would like to personally thank the men and women of Pixar for making one of the best documentaries about parenthood I have ever seen.

I spent 14 years arguing that the world didn’t need an #Incredibles2 . After tonight, I would welcome an INCREDIBLES 3 with open arms.

Featured image: TAKING THE WHEEL — In “Incredibles 2,” Helen aka Elastigirl is called on to help bring Supers back. Her mission comes with a brand-new Elasticycle, a state-of-the-art cycle that is designed just for her. Meanwhile, Bob navigates the day-to-day heroics of “normal”ù life at home. Featuring the voices of Holly Hunter and Craig T. Nelson, DisneyïPixar’s “Incredibles 2” busts into theaters on June 15, 2018. ©2018 DisneyïPixar. All Rights Reserved.