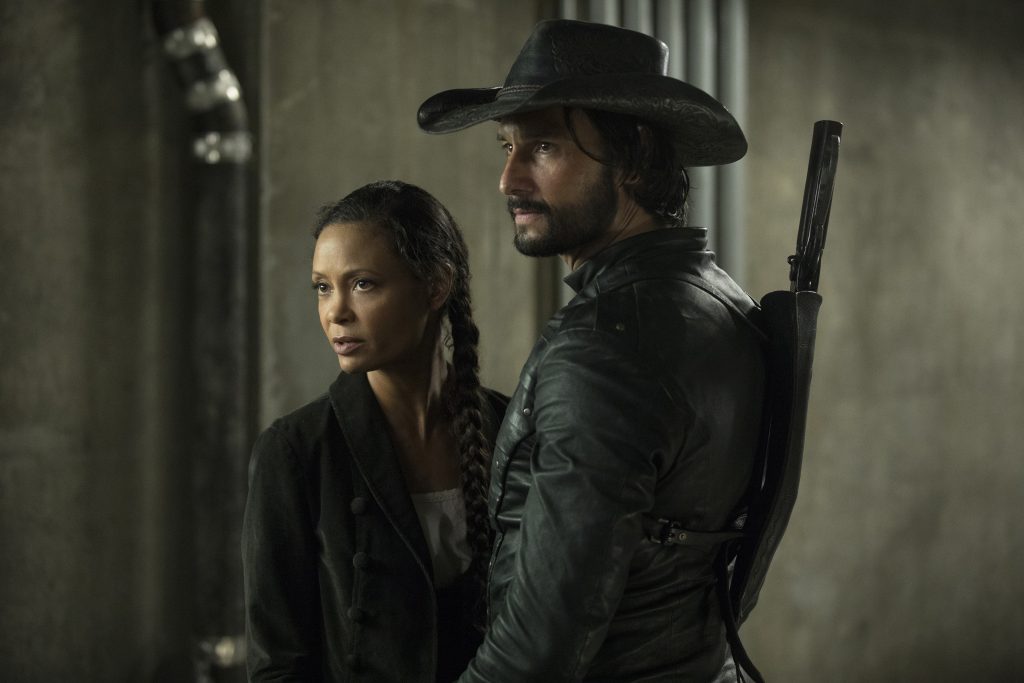 Westworld is filled with mysteries, secrets and surprises. One plot point we have long expected, however, is the introduction of other parks. Namely, Shogun World. We were surprised to actually enter the colonial India park, The Raj, before the long-foreshadowed Shogun World. The episode 5 teaser indicates that we may finally get the proper introduction to the snowy Imperial Japanese themed park we’ve long been waiting for.

Last week’s episode saw Maeve, Hector, Lee, Armistice, Lutz, and Sylvester finally reach the border of Shogun World. Their discovery was surprisingly easy as there was no vast physical border between the two parks. We knew from season previews that Maeve would spend some time there, so it seemed the hour was upon us.

Last night’s episode, however, jumped elsewhere in Delos Destinations. Episode 4, ‘The Riddle of the Sphinx,’ focused on William’s (Jimmi Simpson) relationship with James Delos (Peter Mullan). By traveling back in time, we discovered the bitter interactions between the park’s creator and the future Man in Black (Ed Harris). Most shocking of all is the revelation that Delos has been kept alive as a clone since he died of illness in the early years of the parks. HBO shared a BTS video that peels back the complex layers of the episode.

It was one of the best character building episodes yet and was a truly entertaining piece of TV. However, we’re ready for Shogun World, and it looks like HBO is finally going to give it to us.

A teaser for ‘A New World’ shows Maeve finally meets the hosts of Shogun World. Hosts in The Raj seemed to be experiencing a similar awakening to Westworld. Now, with Maeve’s help, the hosts of Shogun World are beginning to questions as well. One woman says in Japanese that she dreamt of a voice saying, “This is a new world, and in this world, you can be whatever you want to be.” Of course, Maeve knew this tagline all too well.

This episode seems primed for violence as the Samurais take up their swords. Jonathan Nolan and Lisa Joy told Entertainment Weekly that they love the parallel between western and samurai films. They seem to be drawing a direct comparison here as Hector (Rodrigo Santoro) simultaneously takes up arms. This promises to be a high action episode and we cannot wait.