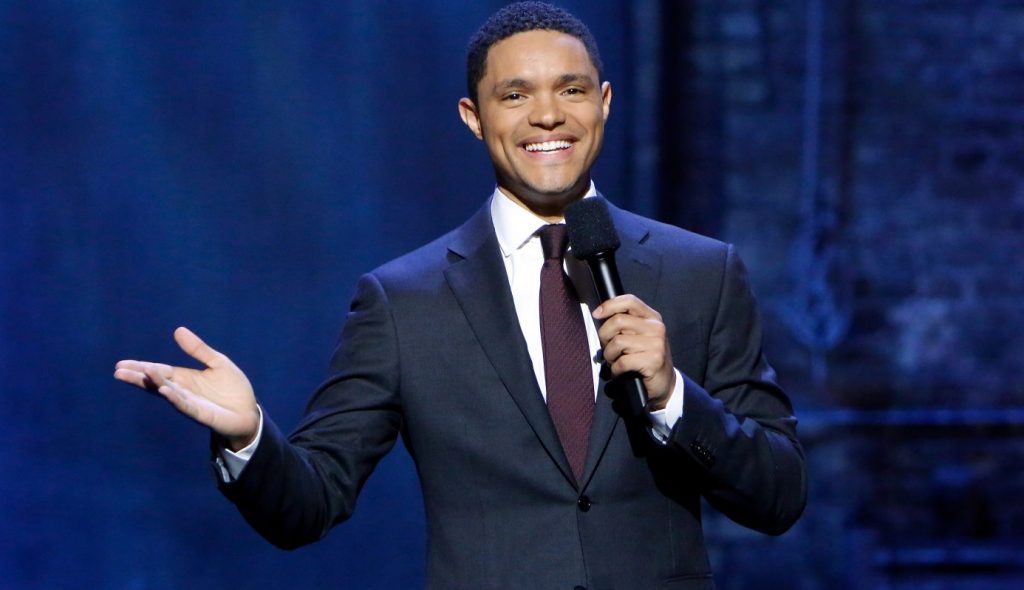 Wakanda was designed with incredible care and respect for African traditions and the innovation and artistry of its peoples. One of the most incredible details was the language and dialect selected for the characters. The international cast of Black Panter worked with a dialect coach to get it just right and studied the Xhosa language for the correct pronunciation. They did it so well, in fact, that we completely missed a cameo by a famous Xhosa speaker. Daily Show host Trevor Noah had a secret role he never mentioned that fans just recently identified.

Marvel movies are designed to keep us in our seats until the very end of the credits. Spotting every name as they scroll isn’t really feasible, though. Even so, we’re surprised it took this long for a Redditor to spot Noah’s name among the cast. As i09 noted, the very last actor listed before below the line talent is recognized is Trevor Noah as ‘Griot.’

There are obviously a ton of characters in Black Panther, so it could take a long time to spot Noah’s role on your own. Actually, it would require less looking and more listening. Noah has one of the best voices in entertainment, and he lent it to one of Shuri’s (Letitia Wright) incredible inventions. Griot is the voice command system of the EMP disc that allows a driver to operate a vehicle remotely. In this case, it’s the ship that Everett K. Ross (Martin Freeman) pilots in the final battle.

During a taping of the Daily Show, Noah spoke at length about the special connection he had to the film, except he never mentioned he was actually in it. What was so impactful to Noah was the use of the Xhosa language. He joked about what it felt like to understand the dialogue without subtitles.

Noah’s secret role is a true testament to the passion he felt for the film. He even interviewed Chadwick Boseman about Black Panther without drawing attention to his role. Major celebrity cameos are becoming more popular as talented entertainers take an opportunity to be involved in projects they are fans of. Daniel Craig suited up as a Stormtrooper in The Force Awakens, Joseph Gordon-Levitt slipped into The Last Jedi, and Matt Damon made it into Thor: Ragnarok. This one just happens to be particularly cool.

Featured Image: Trevor Noah on The Daily Show Undesked Chicago 2017: Lets Do This Before It Gets Too Damn Cold (Photo by Jeff Schear/Getty Images for Comedy Central)