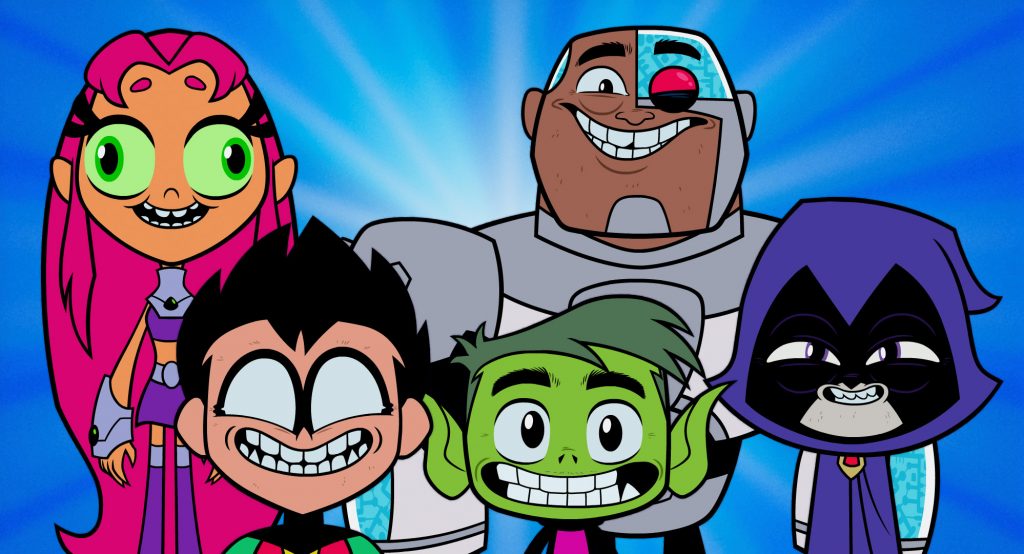 The Gang Goes in Search of a Villain in First Teen Titans GO! to the Movies Trailer

We all feel overlooked sometimes, but imagine being the only superhero in Hollywood without a movie. Such is life for the Teen Titans, and they’re on a mission to land a movie deal of their own. In an ironic twist, this is the plot of Teen Titans GO! to the Movies, the superhero sidekick’s big screen debut. The first trailer is here and it’s filled with comedic moments, if not so much crimefighting.

Robin (Scott Menville), Beastboy (Greg Cipes), Raven (Tara Strong), Cyborg (Khary Payton), and Starfire (Hynden Walch) are ready for their moment. When a movie preview announces a new film about ‘Batman’s greatest ally and best friend in the whole world’ Robin gets his hopes up for his own biopic. But, the honor goes to Alfred, Batman’s trusty butler, and the Teen Titans are left out in the cold again. We hate to admit it, but Alfred actually sounds like a pretty good movie now that they mention it—and Robin’s pals agree.

Robin wants his own glory, however, and leads the charge straight to the Warner Bros. lot where he gets shut immediately down by a producer. In fairness, Cyborg was just featured in Justice League, but the Titans want a movie all their own.

The gang realizes that what they need to land a movie deal is an arch nemesis. Enter Deadpool! Oops, we mean Deathstroke (Will Arnett). Even bad guys can be sensitive about being overshadowed by other comic characters. Deathstroke explains that he came out “way before” Deadpool. And anyway, his name is Slade Wilson! Holy cow – that’s a lot like Wade Wilson. Anyway, moving on. The Teen Titans have found their villain.

We also get a listen at Nicolas Cage’s voice as Superman. The superheroes who have already had their big break, including the Green Lantern and Wonder Woman, don’t support the Titans’ dreams. Superman is like the popular quarter back who doesn’t think they belong on the team. We love Superman, but there is room for every hero in the universe and we’ll be rooting for the Titans to get their big break.