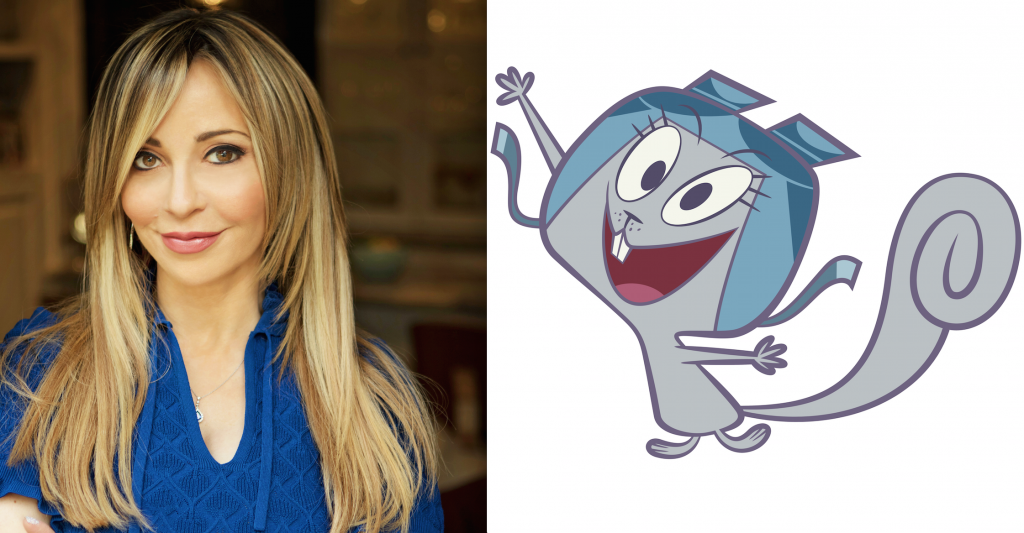 Over the last 20 years, actress Tara Strong has built a storied career for herself in the animation world as a voice artist. She is known for her expansive portfolio, including her work as Batgirl in Batman: The Killing Joke, Bubbles in The Powerpuff Girls, Twilight Sparkle in My Little Pony: Friendship is Magic, and Harley Quinn in DC Super Hero Girls. She has now turned her talents to voicing Rocky in The Adventures of Rocky and Bullwinkle, the DreamWorks reboot of the classic 60s Jay Ward cartoon, The Bullwinkle Show.  We spoke to Tara about taking on a role originally created by such an iconic performer as June Foray.

Can you tell us your path to becoming the new voice of Rocky?

You know, I started acting professionally when I was thirteen. I had a very well-rounded career in Canada on TV, in films, and the Canadian version of Broadway. I had my own sitcom for a year. I also did a ton of animation, so when I moved here, it was a natural progression to keep doing that. I met (Executive Producer) Scott Fellows on The Fairly OddParents. He was one of the writers, and a super funny guy. I auditioned for Rocky, and didn’t get it, so I sort of put it away with all the other ones, thinking I really would’ve liked it, but you can’t win them all.

I can’t even remember the timeframe now, maybe five or six months later, I get a call to resubmit. I did it again, and I had to come in person and read with Brad, who plays Bullwinkle, to do a chemistry read, and see how we might work together. It was down to myself and one other girl. Later, I found out that there were a lot of changes from the show’s beginnings. People left the project, and other people were brought on, and one of them was Scott Fellows. As producer and writer, he had said they needed something else for Rocky. They played him a bunch of auditions, and he said, “Where’s Tara Strong?” They hadn’t even played my audition for him, but he knew me from Fairly OddParents, and he made them bring in my audition, and he said the whole room went “oh!”.

You are taking over the character’s voice from animation industry legend June Foray. You knew her, right? She was quite something.

If you see any pictures online of the two of us together, and we’re all gussied up, that was at the Annie Awards, and someone introduced us. She said “I know exactly who you are, Tara Strong, you’re so talented.” Those were her first words to me. She was so lovely and gracious, and you know Hollywood can be cruel, even in voiceover, in terms of aging, and she never lost her spirit. She was spunky, she worked very late into her years, and for her to greet a younger actress like me with that kind of compliment really touched me.

How did you incorporate June’s voice work from the original, or did you?

When I first went to the callbacks, they said they didn’t want a sound-alike. And that scared me a little, because I know how people fall in love with a character like Rocky, and recognize that immediately. And I had been working on an impression, but they said no. They wanted Rocky a little older, and the vocal quality a little deeper. They wanted for me to make it my own. They wanted him a little more sarcastic, dry, and clever with his jabs. The idea was to be a little different, but still honor what June had done. I did that, but it was the weirdest thing. By episode 3, my voice became full-blown June, and it was even more pronounced after she passed away. It was almost like she had jumped into my body and taken over, and when I watched episode 5, when we had a screening at DreamWorks, I asked Scott to let me go back and rework the first few episodes.

It really became more of a mix of me and June as the show went on, so I got to fix some of the stuff in episode 1, but by episode 3, 4, and 5, it’s like, “Wow, that’s really in the pocket!” All the other cast members sound so much like the original. Adult viewers are going to be super happy and nostalgic about it. But the challenge of course, was about making it my own and honoring her, and climbing into those Rocky shoes or weights. Those are some big shoes to fill. Every time you take over a beloved role like that, you have to tread very carefully.

Are you a fan of the original show? What is your take on the reboot?

Oh, yes! It’s not every day you get a call to audition for Rocky and Bullwinkle. It’s crazy iconic, and a once-in-a-lifetime opportunity. You know, it’s like if they said they were re-doing the Flintstones or the Jetsons. There aren’t many that are so beloved, that really carry on for generations and generations. I’m so grateful for being a part of this.

This show is so beautifully done. The colors are incredible. I sort of say to people that it’s a mix between the original Rocky and Bullwinkle and a show like The Powerpuff Girls, very color-saturated and stylized, in a sophisticated way. All the other cast members are extraordinary. We laugh for the entire recording.  I really hope people who watch the show will feel how much fun we were having and share in it.

The Adventures of Rocky and Bullwinkle is available on Amazon Prime May 11th. (link