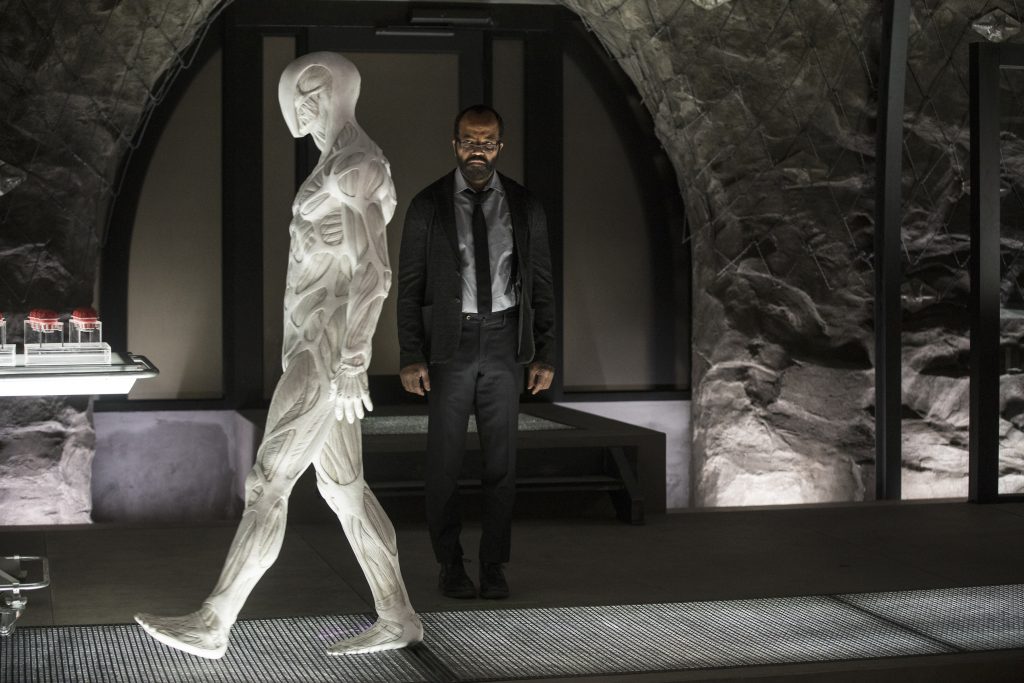 More Transmissions from the Westworld Hosts Appear on Delos Website

Today I am back to my full-time job of clicking on everything that is possibly clickable on the ever-evolving Westworld website. It has become an obsession that is interfering with my daily life, but this maze was meant for me and I will reach the end. Over the summer, the Delos Destinations site seemed to be glitching out, but we still got insight into the total number of parks. Two weeks ago, we noticed the hosts had taken control of the site and were leaving threatening messages. Now, a mysterious AI guide has taken the reins.

The Delos security panel greets us saying that a viral outbreak among the guests is prohibiting anyone from entering or exiting the park. We know better than to fall for that. The site gives us an option to ‘Restore from Previous Backup A’ or ‘B’.

Previous Backup A gives us options to check on different areas of the park. Elsie and Bernard are reported to be in Sector 22. The system tips us off that given their last encounter, Elsie is unlikely to be happy to see Bernard. It ominously adds, “Or to uncover the truth of what he really is…” Park 2 welcomes us to Shogun World in Japanese characters. Ashley is revealed to be held by a tribe of Ghost Nation warriors at their encampment.

An extremely interesting narrative unfolds when you ask the system to ‘Mesh Network.’ The system allows you to choose between the red pearl and the white pearl. On the previous episode, Bernard absconded with the red pearl. Click on ‘White Pearl’, however, and we get to the goods.

“Bernard’s brain is filled with doors, each containing a memory. But how does this human pastiche differ from the one he burned?” the system asks. This message has clickable text and reveals a scan of Bernard’s skull. Click it! Click it I say! We get a two second glimpse of Elsie from Bernard’s perspective. It appears to be a memory he’s recorded. Could we be on a path to seeing more of what Bernard has recorded? He definitely has the most knowledge about the parks, whether he remembers it or not.

All of that information is housed in Backup A. Backup B gives us an update on the chaos in the park. The most interesting notation reads, “Anomalous host activity in Western Valley. Significant geographic alternations. Evidence pulled form dead host indicates hosts significantly off narrative loop.” Episode three, ‘Virtú e Fortuna’ made us question why Shogun World was so easy to access from Westworld. Could this reveal that the actual landscape itself is changing? And are all of the hosts now escaping their storylines?

HBO also released a Delos Incorporated website marked by the season’s theme, a door. It takes us inside a sketch of James Delos’ isolation room from the stunning episode, ‘The Riddle of the Sphinx.’ Clickables feature clips of William and the Man in Black. Explore in 360 to make sure you don’t miss anything. We will be obsessively watching this space for more clues to season 2 as they unfold.