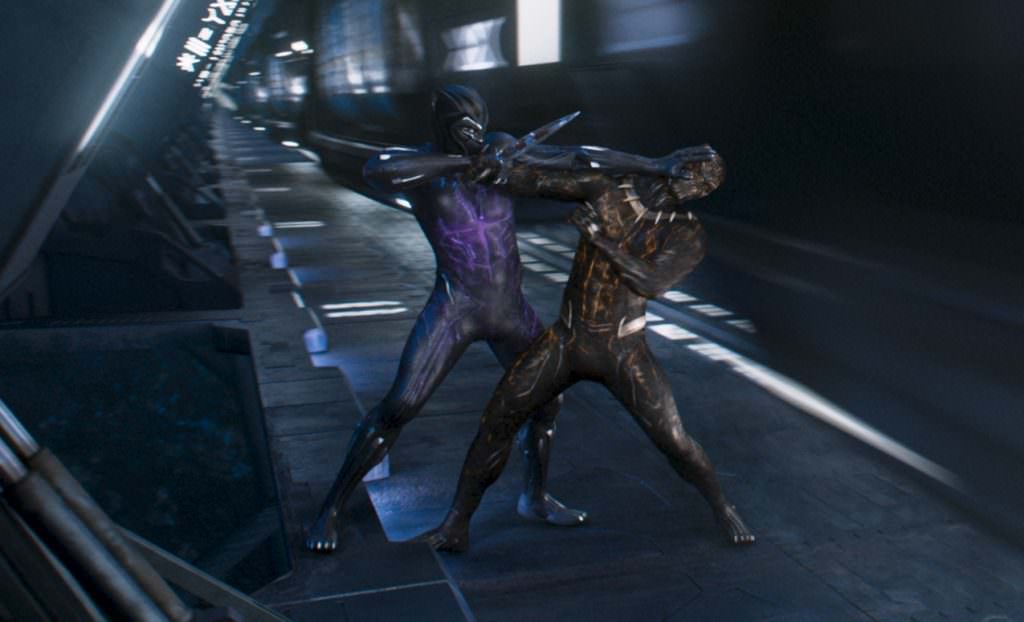 Some of the most revealing interviews you can get is with a film’s visual effects supervisor. Its where you find out, for example, how they created the planet of Vormir in Avengers: Infinity War (hint: by melding sand dunes from Brazil and mountains in Iceland). The VFX teams are expert at blending the real with the digital so that your eyes can’t tell what was actually shot and what was built on a computer. It’s deception as art.

Wired conducted with Method Studios’ visual effects supervisor Daryl Sawchuk about his wizardly work on Black Panther, which includes this great video. You’ll see which moments from the film had to be created digitally, and just how much processing power went into creating T’Challa (Chadwick Boseman) and Killmonger (Michael B. Jordan)’s vibranium powered panther suits.

Sawchuk and his team visual effects artists were tasked with helping to choreograph much of the third act battle, in which T’Challa has returned from the dead (or so many Wakandans may have thought at the time) to fight Killmonger and his assorted forces. Initially Sawchuk’s team was brought on for what they thought would be a much simpler job, but early on in production, co-writer/director Ryan Coogler and his crew realized they wouldn’t be able to get what they wanted with Boseman and Killmonger wearing practical panther suits. There was so much action in the film, the suits would start to break down and the crew realized they’d be doing a ton of repair work throughout filming. So, Sawchuk’s team and their counterparts at Marvel spent a few months redesigning the suit, adding more high tech design and functionality, increasing Sawchuk’s scope of work to the point where they were creating full on CG replacements of both Boseman and Jordan in their panther suits.

Another key component of the VFX team’s job was making sure the panther suits behaved like high-tech creations infused with Wakanda’s super-alloy, vibranium. While vibranium is, of course, pure fiction, the panther suits had to behave on screen as if infused with the precious, indestructible metal. Capturing that visually was no easy task, especially considering that both T’Challa and Killmonger’s suits are entirely embedded in their necklaces, from which they emerge or retract. To pull this off, Method Studios created “nanite particles” that would spawn from the necklace and unfurl down the characters body as the suit formed.

Making a film as visually wondrous as Black Panther requires an incredible amount of synergy between all the departments. Sawchuk’s team did their part, building off, say, what stunt choreographer Jonathan Eusebio was doing (blending Nigerian mixed martial arts boxing and Angola’s version of Brazilian capoeira, for example), who was working with actors and stunt performers wearing Ruth E. Carter’s costumes, who in turn were performing in environments created by production designer Hannah Beachler. You get the point. It takes hundreds of people to make a single film like Black Panther, and this video is a great peek into one of the most crucial parts of the process.