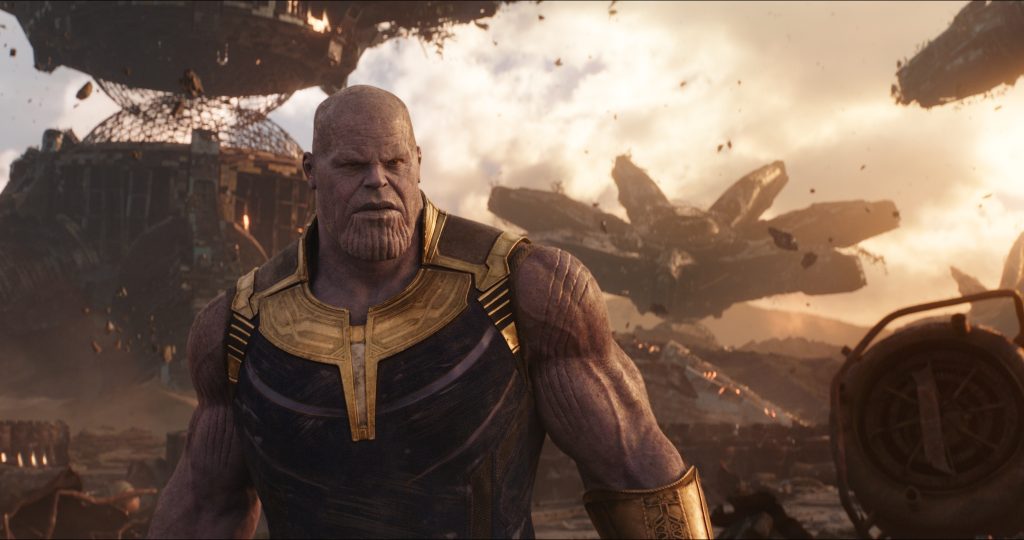 For a long time now, the Marvel Cinematic Universe has been steering the Avengers toward a confrontation with Thanos (Josh Brolin). Gamora (Zoe Saldana) specifically has been prepping us for the showdown with her father ever since Guardians of the Galaxy hit theaters in 2014. (Spoiler Alert). We knew he would be a unique force strong enough to unite the entire team—what we weren’t so prepared for was how thoroughly he demolished them. The quick work Thanos made of the Hulk (Mark Ruffalo) in the films’ opening moments told us that Infinity War truly was Thanos’s story. When the title for the third Avengers film was announced, it came as no surprise. Infinity War was a natural fit. However, now that we reached that shocking pivotal moment, everyone is left wondering where we go from here. We are still waiting on a title for the next film, but comicbook.com spotted what appears to be a synopsis for Avengers 4. Warning, stop now if you are still avoiding Infinity War spoilers.

Two lines that preview the next Avengers adventure have been casually printed in the May edition of License Global Magazine. The publication reports on licensing, retail marketing intelligence, trade show and expo news, including upcoming film synopses. Here’s what is listed in their ‘Flick Pics’ feature for Marvel’s Avengers: Untitled with a May 3, 2019 release date:

“A culmination of 22 interconnected films, the fourth installation of the Avengers saga will draw audiences to witness the turning point of this epic journey. Our beloved heroes will truly understand how fragile this reality is and the sacrifices that must be made to uphold it.”

Infinity War was a crushing blow to the psyche. We knew Thanos had the power to destroy half the universe, but we could hardly fathom he actually would. Losing that many of our favorite characters was devastating and confusing in equal measure. As screenwriters Christopher Markus and Stephen McFeely explained, it wasn’t enough that Thanos take out some supporting players—he needed to kill characters who lead their own franchises. Guardians of the Galaxy director James Gunn didn’t help things by translating Groot’s last line into English.

Our brains immediately went into overdrive trying to reconcile a way to save them, but this synopsis doesn’t give us much hope. What we think this very bare bones synopsis might be hinting at is a brutal reversal of Infinity War‘s death toll. Yes, there is simply no way that Thanos will prevail in Avengers 4, and yes, it is very unlikely Black Panther (Chadwick Boseman), Spider-Man (Tom Holland), and practically every single member of the Guardians won’t be back, somehow. But that second sentence in the synopsis suggests that the sacrifices made in Infinity War may be simply traded—if the surviving Avengers can somehow use the Time Stone, or some other method, to bring back the fallen heroes, there’s a very good chance they’ll be trading places with them.

Life truly is fragile, even if you can access alternate dimensions like Doctor Strange (Benedict Cumberbatch). Or, perhaps, another savior is waiting in the wings…we can’t wait to meet her.