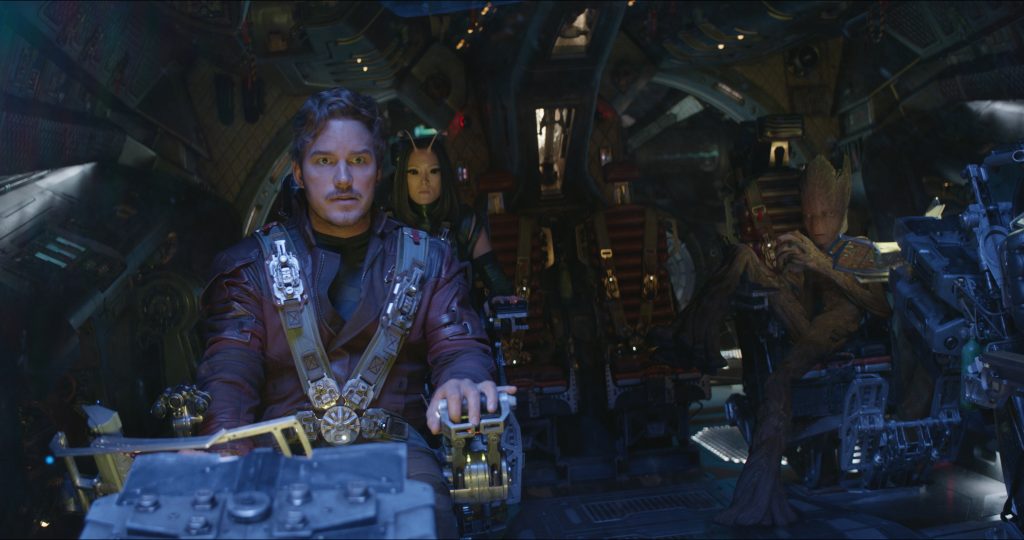 Groot is a tree of few words, and often difficult to interpret as his vocabulary consists of three words. However, the real meaning of what his phrases translate to speaks volumes. None of the Guardians of the Galaxy have any trouble understanding what he is trying to express. Especially if it is inappropriate teenage sass. However, we can forgive all of his back talk after reading this one. Here is where the SUPER SPOILERS come in so bail out now if you haven’t caught the third Avengers in theaters yet.

The VFX artists for Avengers: Infinity War are so incredible at their job that Groot can usually be easily understood. His mannerisms strongly imply his meaning and add a lot of physical comedy to the film. However, there is one heart breaking moment we were already mourning that is even more biting than we realized. A fan asked Guardians of the Galaxy director, James Gunn, to translate and it really packs a punch.

Still a youngster in Infinity War, Groot and the Guardians are all obliterated except for Rocket (Bradley Cooper) and Nebula (Karen Gillan). It was the most gasp-worthy moment of the film and also the most heart breaking. Each one dissolves into the ether with only a split second of realization. Some are too stunned to say anything at all, but Groot squeezes out one last, “I am Groot.”

Rocket, one of the soul survivors is the last one to hear Groot speak. Here is what Gunn said the tree was saying to him.

That is so savage. It’s hard enough to see so many of our favorite heroes gone with the snap of Thanos’ fingers, but it’s even worse to say goodbye to a child. We can only imagine what it meant to Rocket who undoubtedly knew what Groot meant. The Guardians were some of the most tight-knit of the Marvel Universe and they truly felt like a family. Gone much too soon but never forgotten.

See Groot’s final words again, if you can stand it, in theaters now.