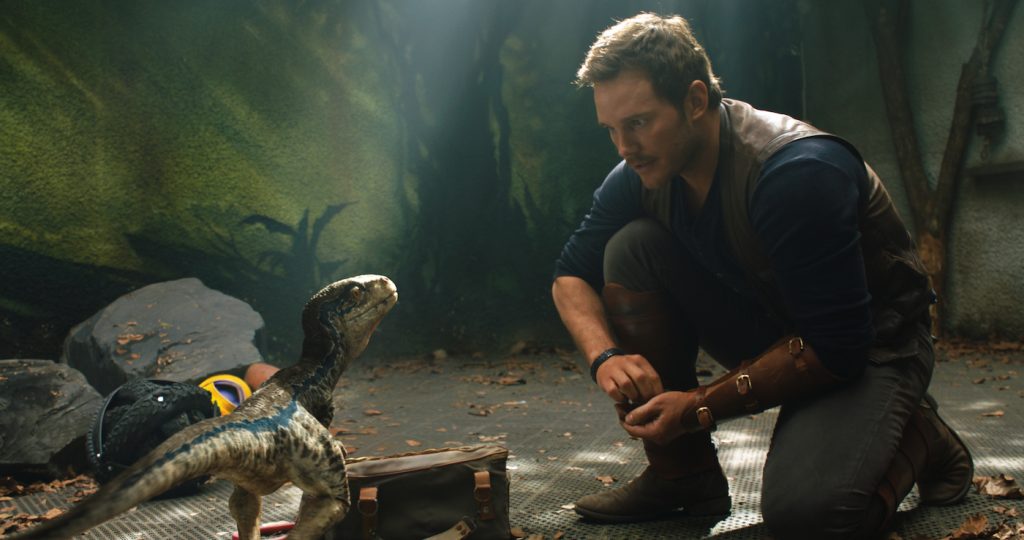 We have all had run ins with airport staff telling us our bag is oversized, or over weight, and we cannot possibly board. It’s a frustrating refrain, especially for those traveling with pets. Service animals call for even more proof that you really do need that capuchin monkey in your lap from New York to LA. Jurassic World’s Owen Grady (Chris Pratt) goes straight to the top of the animal kingdom for his travel companion. Fallen Kingdom teamed up with College Humor to imagine what it would be like trying to fly commercial with a prehistoric passenger.

We know from Jurassic World that Owen has a pretty special bond with the park’s velociraptors. He trained all of the reptiles himself and is particularly close with Blue. Owen was there when she hatched, and the Fallen Kingdom trailers indicate she might be in danger. Owen and Claire (Bryce Dallas Howard) return to the island where the three reunite, but Blue is tranquilized and captured. The trailer shows Blue being transported off the island, suspended beneath a helicopter. When Owen has his way, however, he likes to keep his baby a little closer.

The hilarious College Humor parody, ‘My Dinosaur is a Service Animal’, shows Owen and Claire approaching a gate agent at the airport with a pet carrier. The jig is up almost immediately when they’re called out for trying to take the raptor on board. Claire insists Owen needs to be close to Blue for emotional support, but the gate agent doesn’t buy it. They change course trying to prove how docile the raptor is, but Blue doesn’t cooperate. In fact, she slashes open the pet carrier and escapes into the airport.

The next time you think you have a bad flight, just remember there aren’t any carnivorous pets hunting the halls.