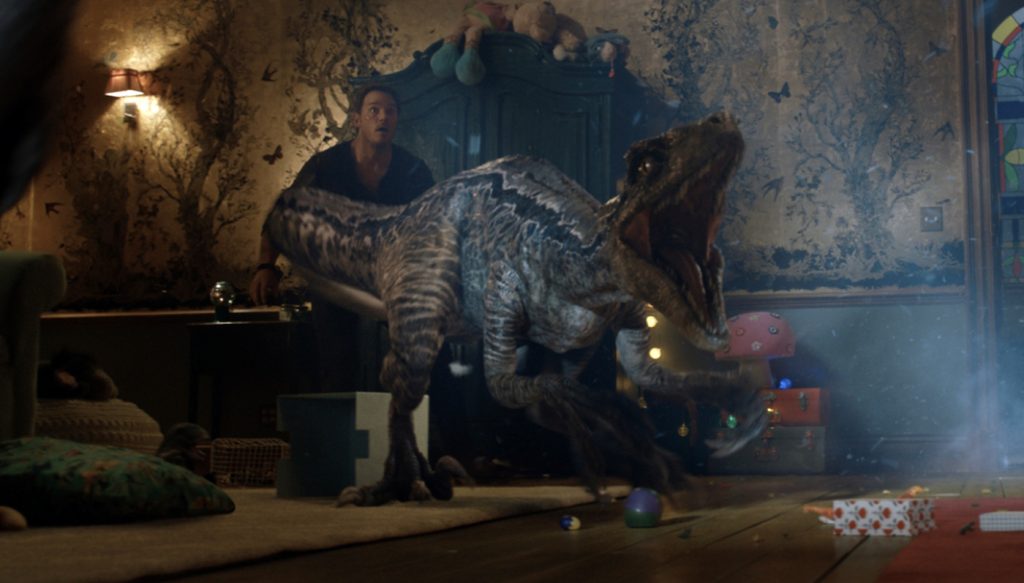 You know where you don’t want to find yourself? In an very tight, enclosed space with a T-Rex that isn’t quite as tranquilized as you assumed (and hoped) she was. So begins the final trailer for Jurassic World: Fallen Kingdom, putting Owen (Chris Pratt) in yet another impossible situation. With him is Claire (Bryce Dallas Howard), the former number two at Jurassic World who, along with Owen and her two nephews, was dead center (in more ways than one) in the drama that befell the park in Jurassic World. Now the two are back in Fallen Kingdom, trying to rescue the dinosaurs on the now abandoned Isla Nublar before a volcano takes them out.

Or so that’s part of the premise—for the first time, we’re getting a lot more of what Fallen Kingdom is really about. It turns out, getting Claire and Owen back to Isla Nublar to rescue dinosaurs was a lie. As this final trailer reveals, the two only think they’ve been called back to Isla Nublar to help find Blue, the velicoraptor who Owen helped train and who’s still missing somewhere on the island. Yet when Owen and Claire embark on a mission to save Blue, and the rest of the dinosaurs on the soon-to-be destroyed tropical paradise, they uncover a massive conspiracy that involves weaponizing the dinosaurs and bringing them back to the mainland.

This premise has echoes of The Lost World: Jurassic Park, but what Fallen Kingdom boasts is a horror master in director J.A. Bayona (The Orphanage, A Monster Calls). From the looks of this final trailer, he’s goosed Fallen Kingdom with the thrills and chills you’d want in a movie about humans messing with extinct species hundreds, if not thousands of times more powerful than they are.

Check out the final trailer here: