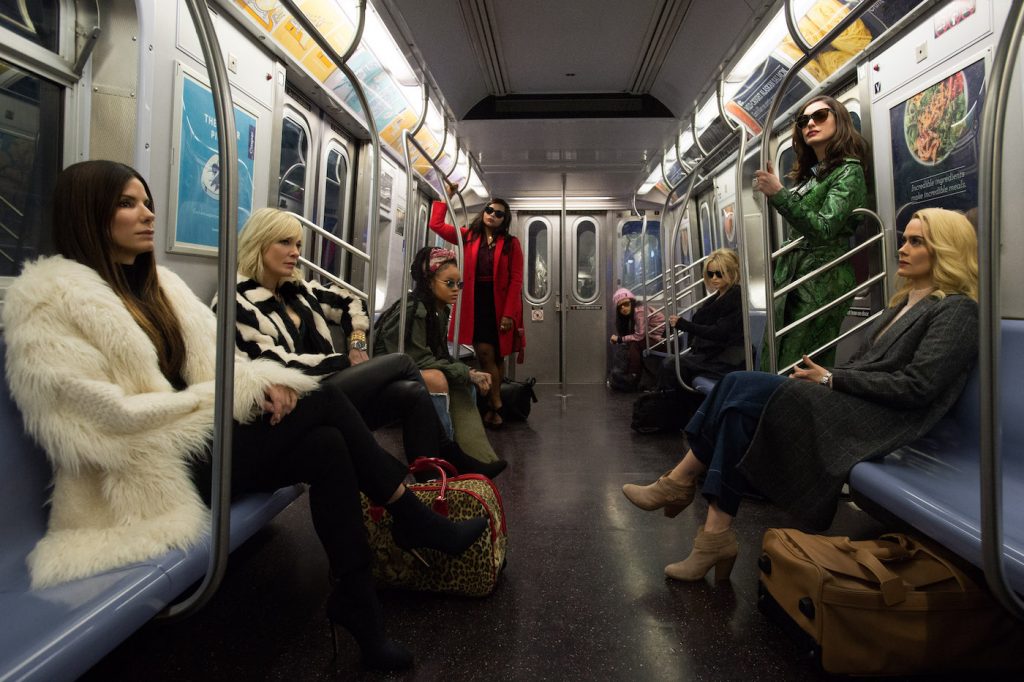 Avengers: Infinity War might have this year’s awards for most stars in one film wrapped up, but Ocean’s 8 isn’t far behind. The new trailer for this star-studded caper shows off just how bright the wattage of talent here is.

The film stars Sandra Bullock as Debbie Ocean, the sister of George Clooney’s Danny Ocean and possibly the family’s most talented criminal (sorry, Danny). When we meet Debbie, she’s fresh out of prison (a nice echo to Danny’s situation when we met him way back in Steven Soderbergh’s very first Ocean’s 11). The sibling similarities run deep, as it takes Debbie no time at all once she’s out of the clink to start planning the biggest heist of her life. The joy of any Ocean’s movie is watching an Ocean assemble a world-class team with varied skills. In Debbie’s cast, she’s planning a heist that has more glitz and glamour than anything Danny tried to pull off: she plans to boost $150 million in diamonds from the world’s most prestigious party—the Met Gala.

When asked how long Debbie’s been planning this heist, she’s got a ready answer: “Five years, eight months, twelve days.” She thought about it every day in prison (and every day since she got out). Check out the new trailer below, and prepare for the heist of a lifetime when Ocean’s 8 hits theaters on June 8.