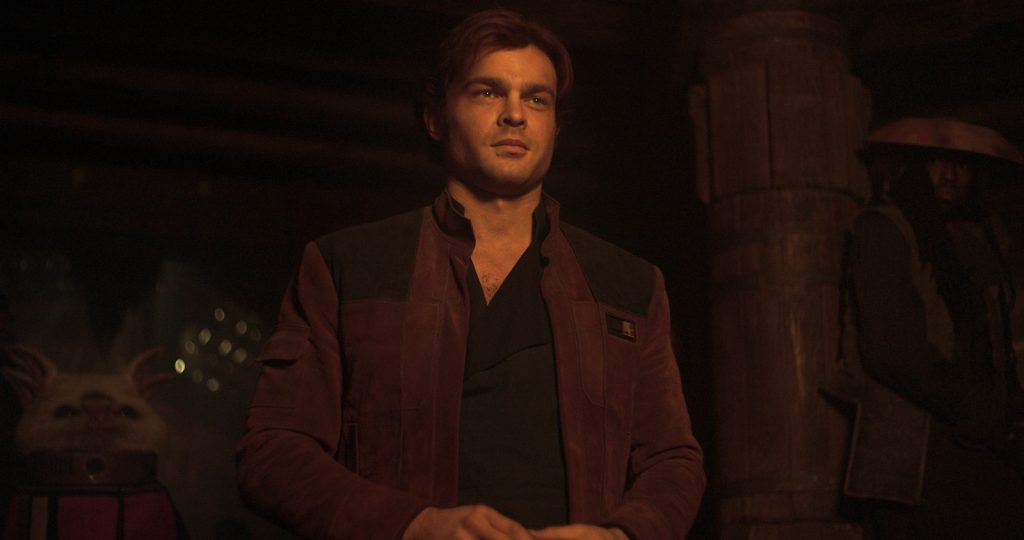 Lots of New Footage in This Solo: A Star Wars Story Featurette

How does one become Han Solo? That’s the story we’ll be getting when Ron Howard’s Solo: A Star Wars Story premieres, and its the question explored in this great new featurette Disney released yesterday. What might surprise you is just how different a the galaxy looks in Solo, and just how much the young Han was shaped by the most powerful force in his world at that time-the Empire.

A pair of dice (that end up becoming a big prop in The Last Jedi) dangling from the windshield of a dusty old speeder, we watch the young, rebellious Han misbehaving right under the nose of his galactic overlords. This picture of Han, tooling around his home planet of Corellia, itching for adventure and unhappy to play the good citizen for the Empire, is an immensely promising conceit to base a film around. Its from this conceit—Han as a preternatural risk taker—that Solo will plunge us into places we haven’t seen much of in any Star Wars thus far, namely, the underworld.

“The universe we see in Solo was different from anything we’ve seen in any other Star Wars film,” director Ron Howard says at the top, and from what we’ve seen thus far, we’re inclined to believe him. Perhaps the most exciting thing here is just how deep it seems we’ll be going into the galaxy’s seedier locales, plumbing the mysterious, sometimes glamorous, almost always dangerous realm where smugglers (and much, much worse) ply their trade.

There’s a sizable amount of new footage here. Including Han in his speeder, we see the extent of the Empire’s control in new shots of AT-AT and TIE Fighters laying waste to some poor planet, with some serious fighting be done by Han. And how about the incredibly creepy ritual—of sorts—that Han’s subjected to in what appears to be a sewer? What is that creature that rises out of the water’s role here?

More new footage: Han as an Imperial foot soldier should get your speculation engines revving. What he’s doing (going under cover?) will be one of the many questions we’ll want answered. Han essentially giving Chewbacca (Joonas Suatamo) his name (apparently his real name was too hard for Han to say every time). And of course, along with meeting Chewie, we’ve got Han’s fateful introduction to Lando Calrissian (Donald Glover) and his eventual ownership—through a game of Sabacc—of the Millennium Falcon.