If people often tell you to ‘get with the times’ because you still have posters of Han Solo hanging in your bedroom, here is your brand-spanking new update. It’s time to swap out those Harrison Ford antiques (and carefully store them in a dry and temperate location) and plaster these new Alden Ehrenreich gems on your wall. News broke yesterday that Ehrenreich has signed onto at least three films as the smuggler, so it will be a decent investment. There are also options for the Chewbacca, Lando and Qi’ra lovers out there. Walt Disney Studios and Lucasfilm released nine new Solo: A Star Wars Story posters in total and they are bright, bold, and ready for blast off.

The character portraits introduce the film’s main characters, including Val (Thandie Newton) and Beckett (Woody Harrelson), along with the names of the actors. Chewbacca’s poster is actually missing actor Joonas Suotamo’s name, but perhaps that was a little too long to fit on the poster. Supporting characters L3-37, played by Phoebe Waller-Bridge, and Rio, played by Jon Favreau, are not left out. Director Ron Howard announced Favreau’s role in February calling the character a “very cool & important alien character.” He failed to mention Rio is also gosh-darn adorable.

Along with the posters, Disney released three new images including Paul Bettany as Dryden Vos. Dryden Vos also gets his own poster, because when you’re involved in as much illegal stuff as he apparently is in Solo, you are going to be well represented in the promo materials. We’re going to take a wild guess and say Dryden definitely has some dark side in him. This guy looks like he has seen some stuff, but his accessories are on point. That bracelet is worth at least half a kyber crystal.

We also have been gifted a new photo of Han and Chewbacca in a bar and Chewie is looking whoa sassy. It looks like they’re there on very important business – like winning the Millenium Falcon from Lando – but it really makes us want to spend a night out with these guys. The last new image is an equally chic Lando (Donald Glover) serving looks in the greatest fur cape in the galaxy. May the fashion be with the cast of Solo. 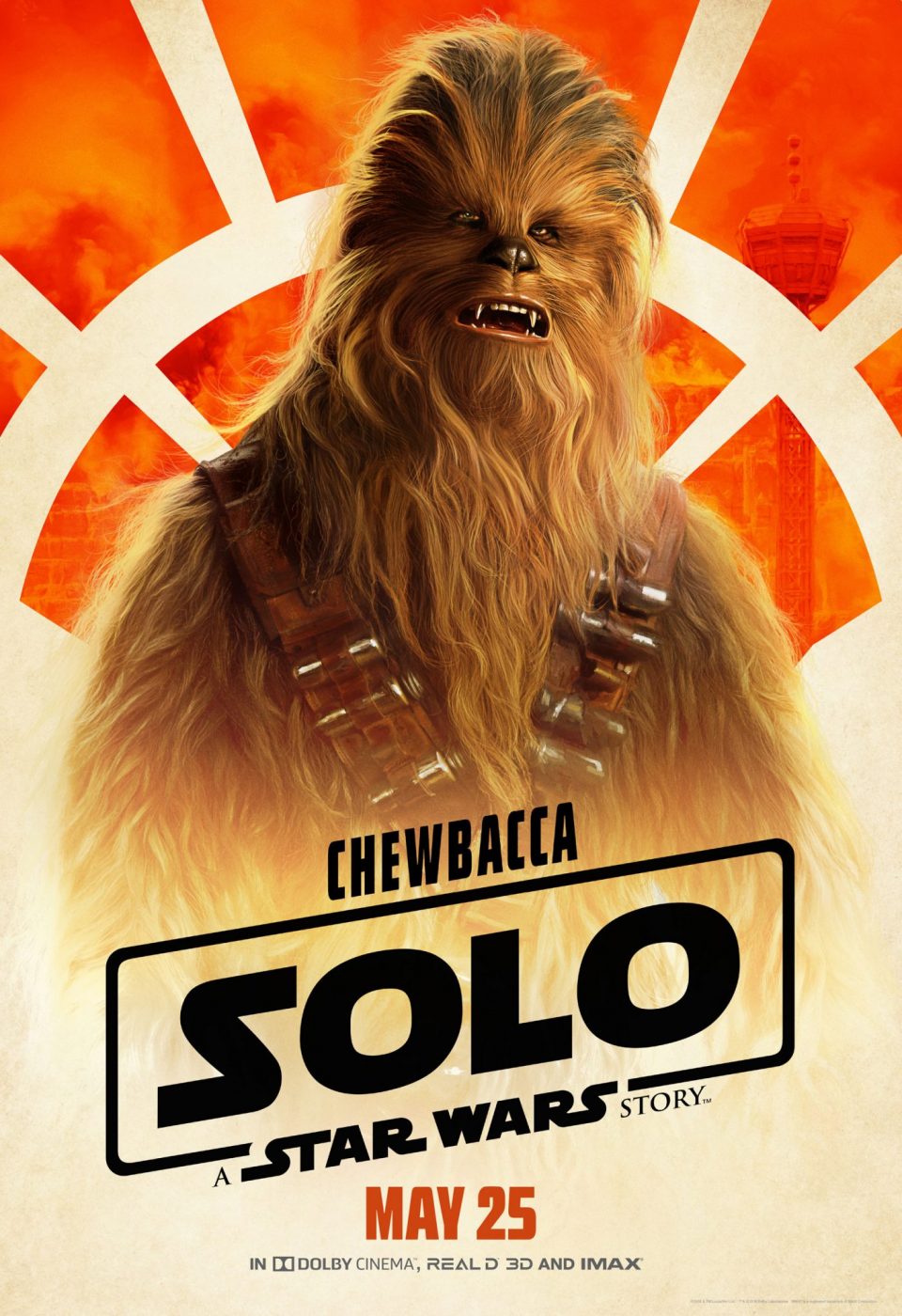 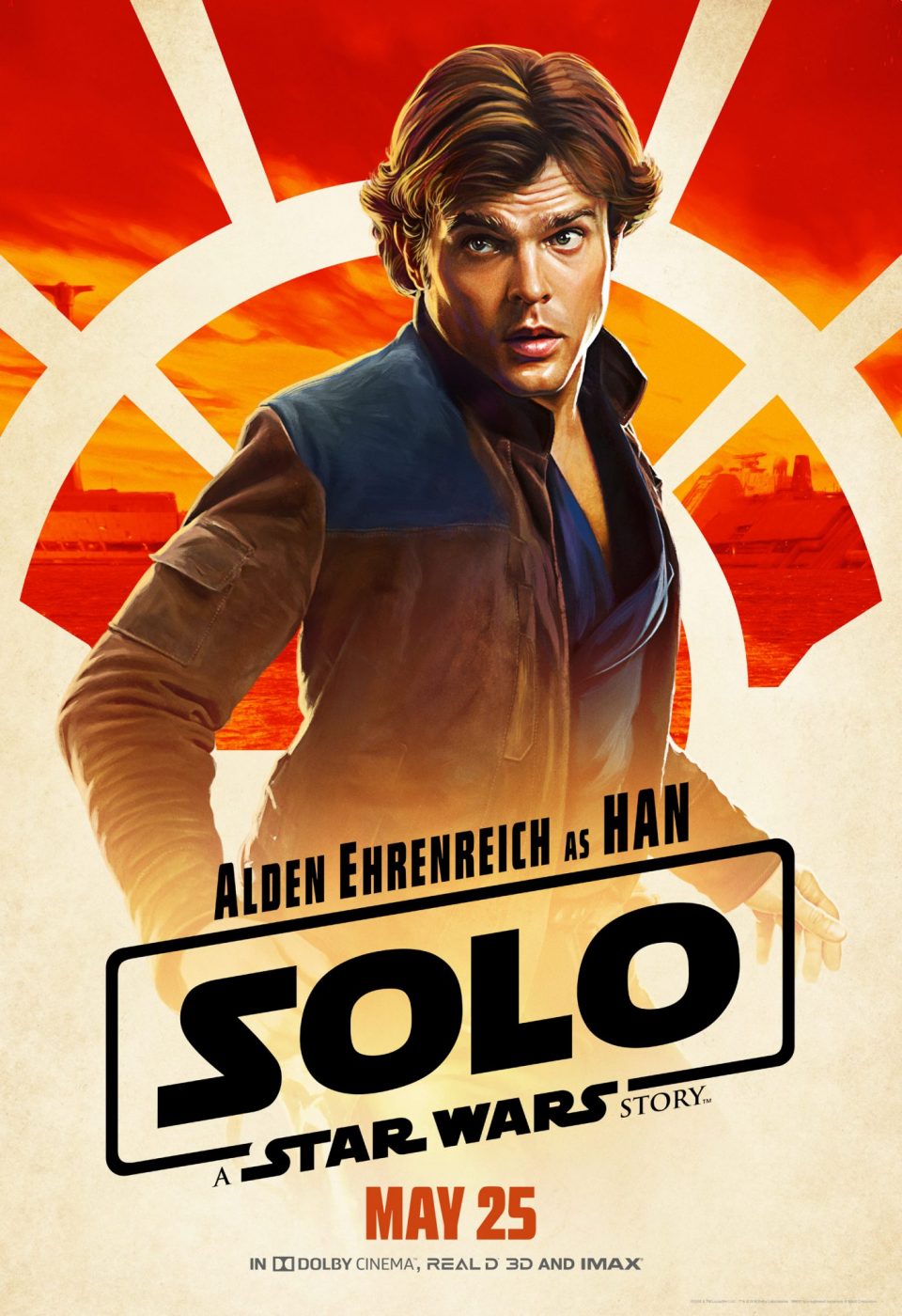 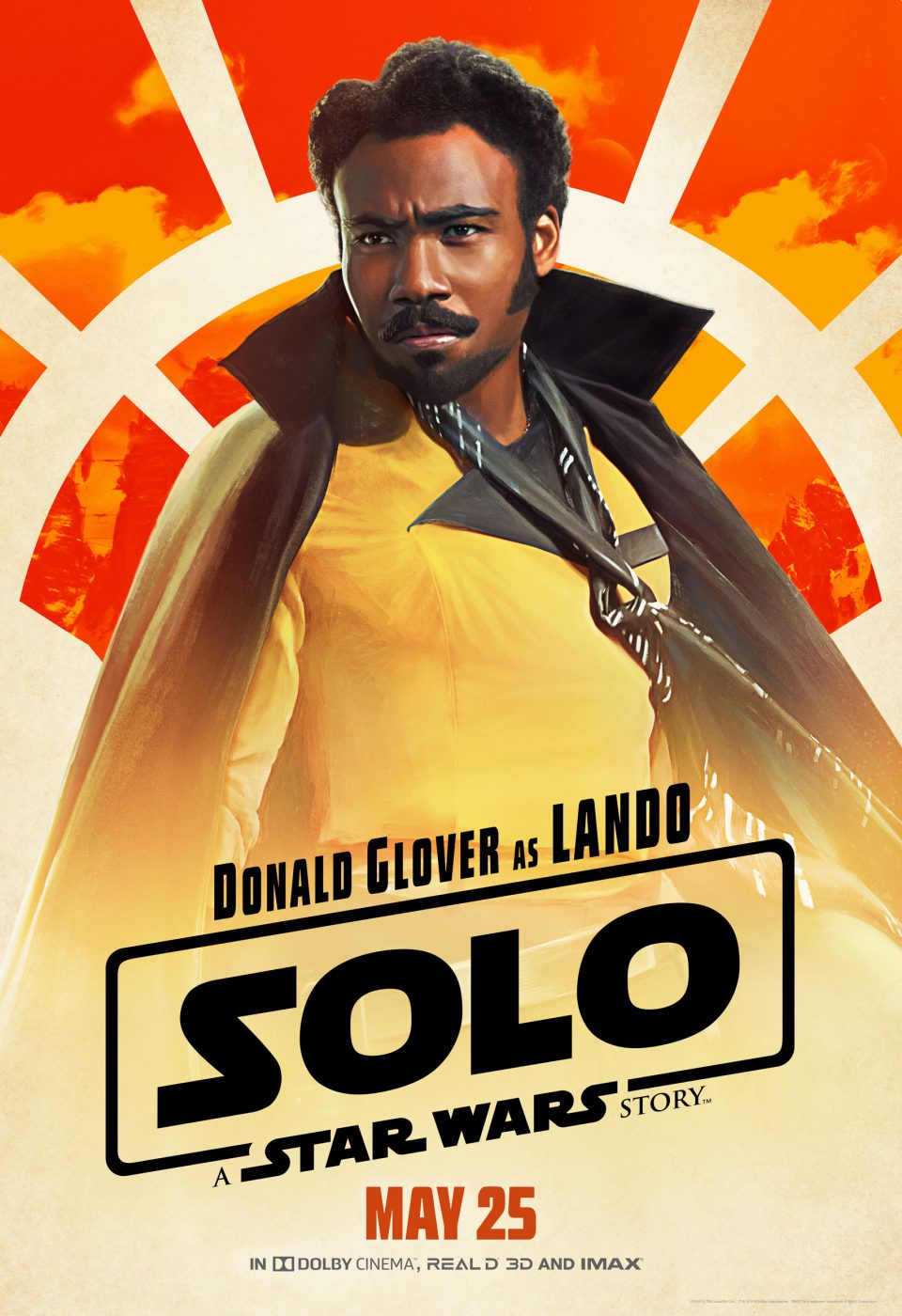 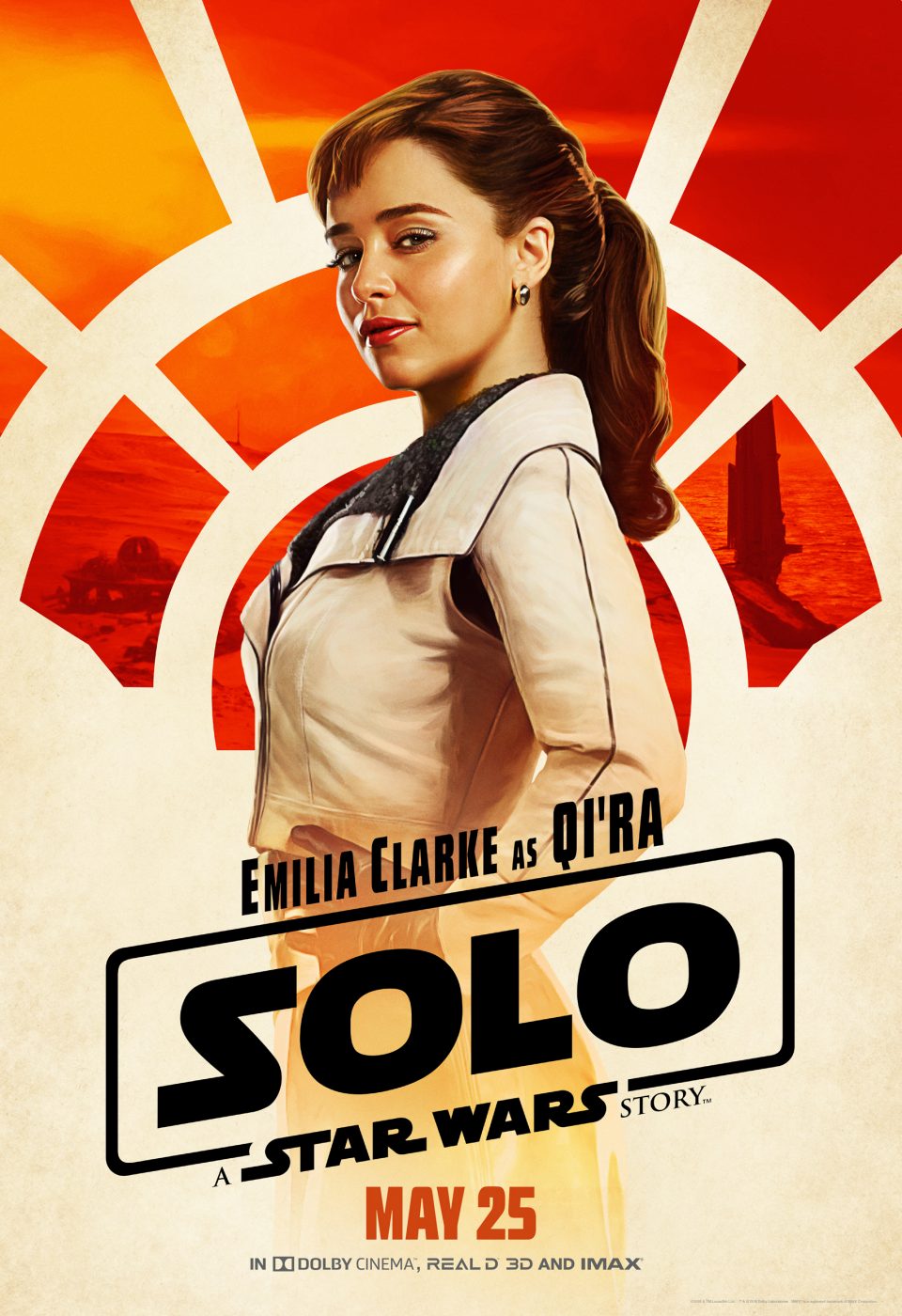 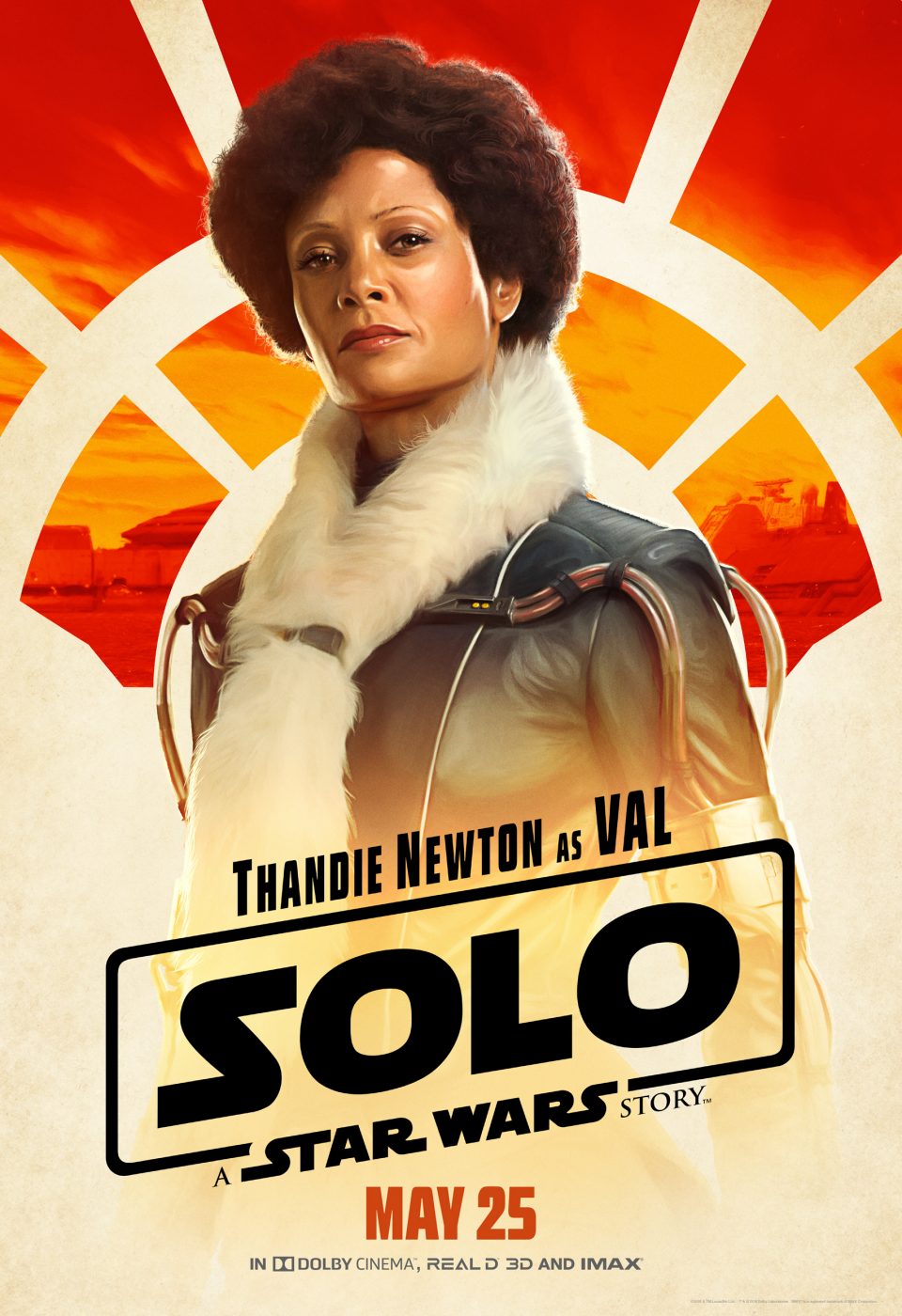 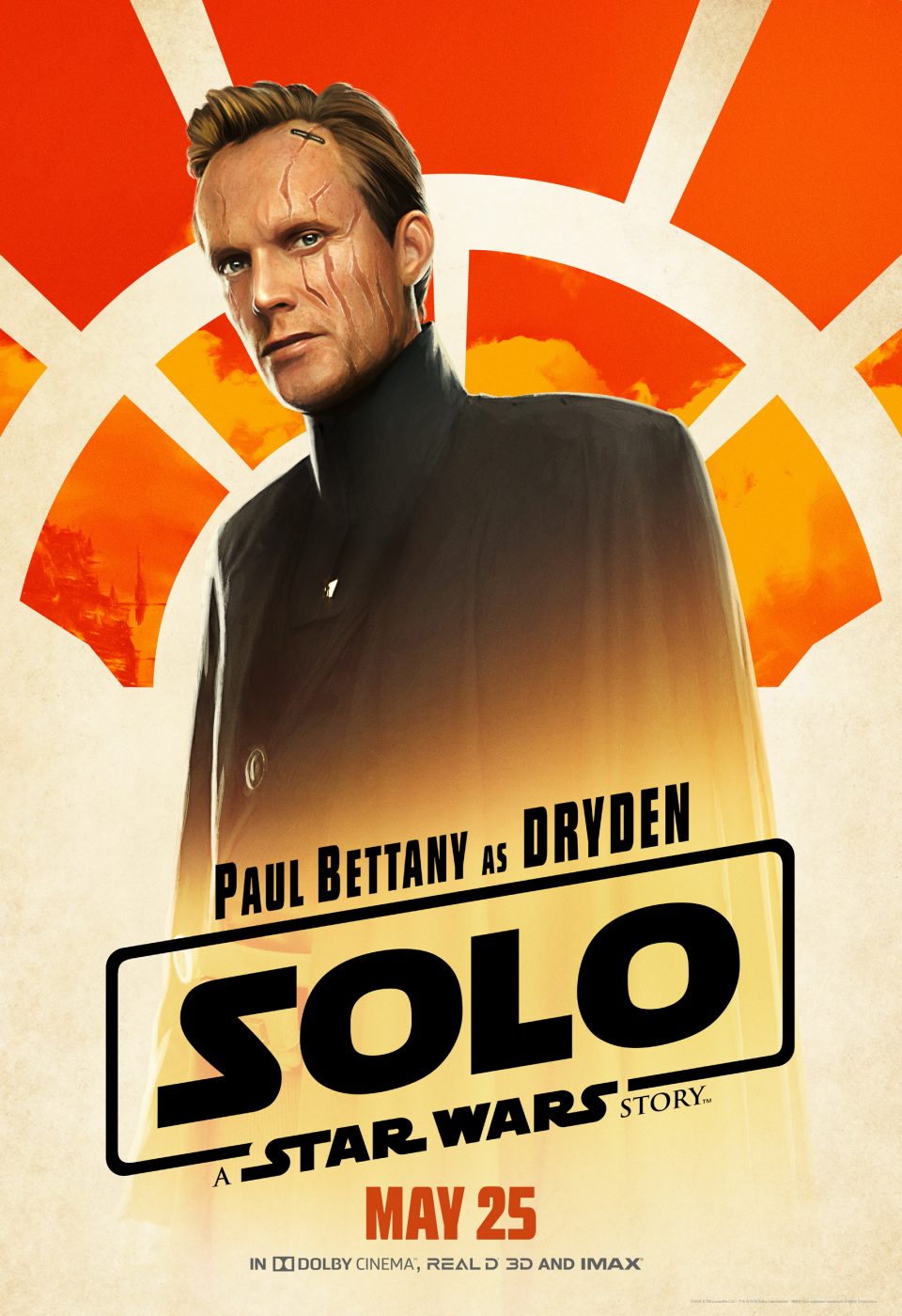 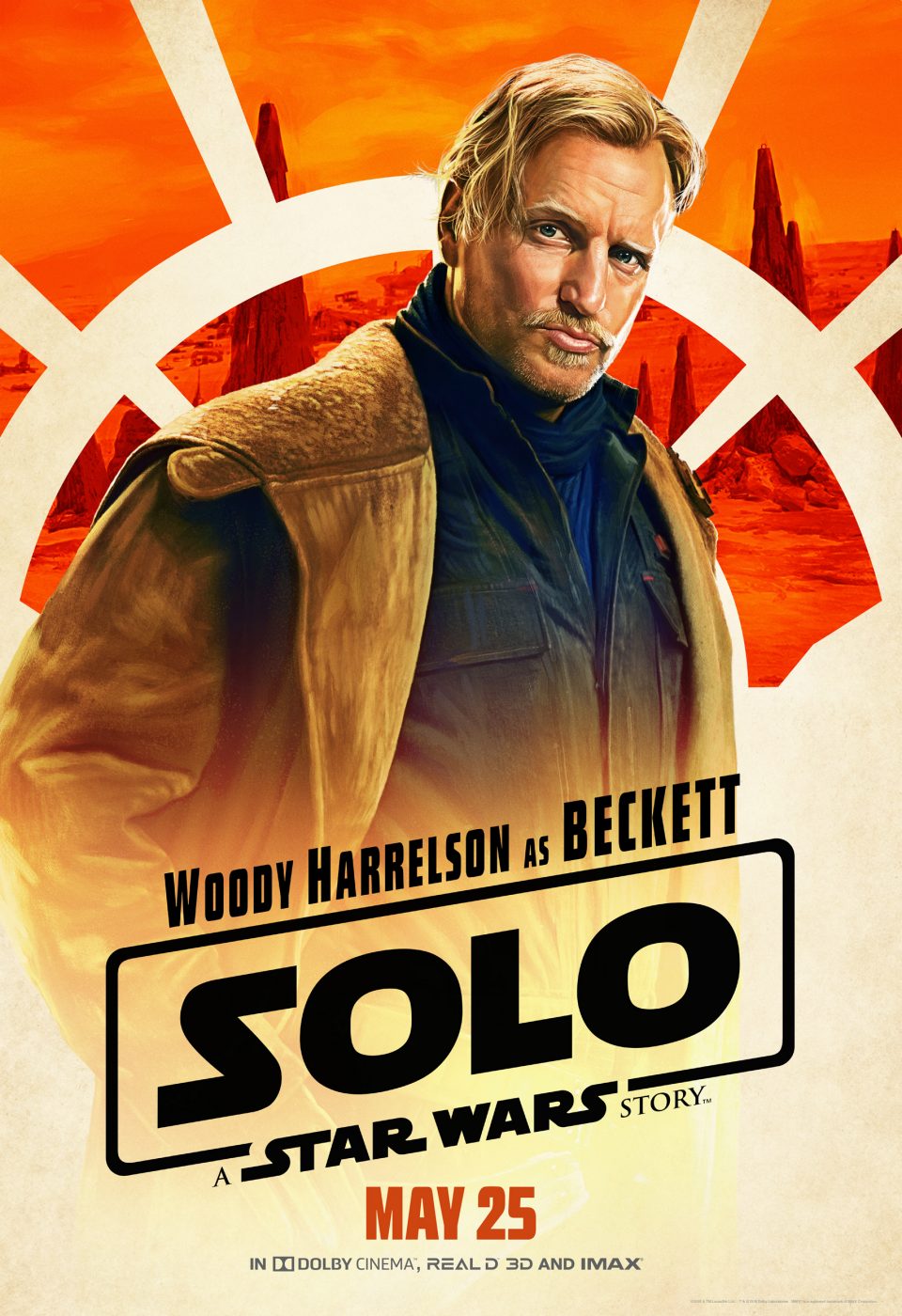 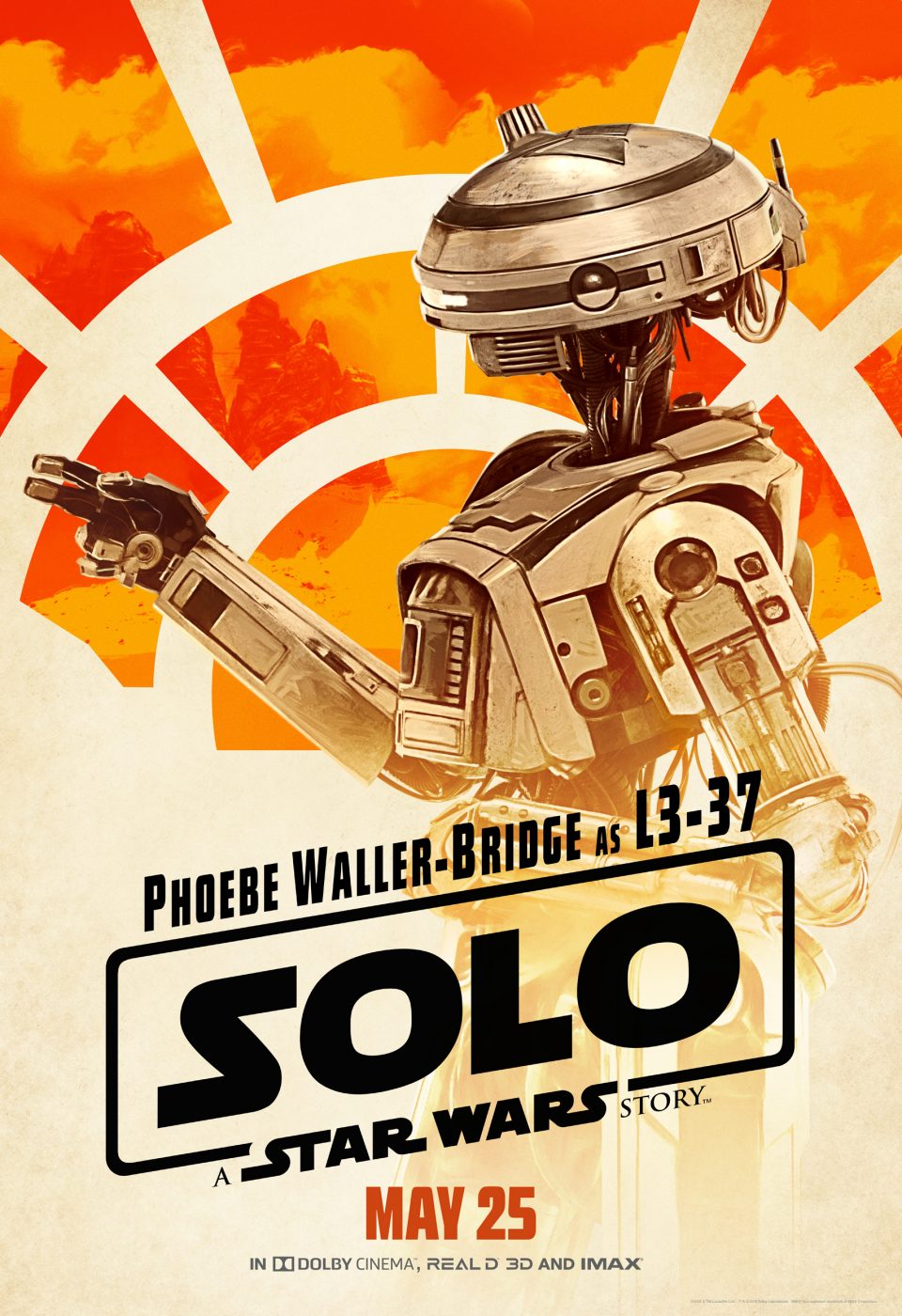 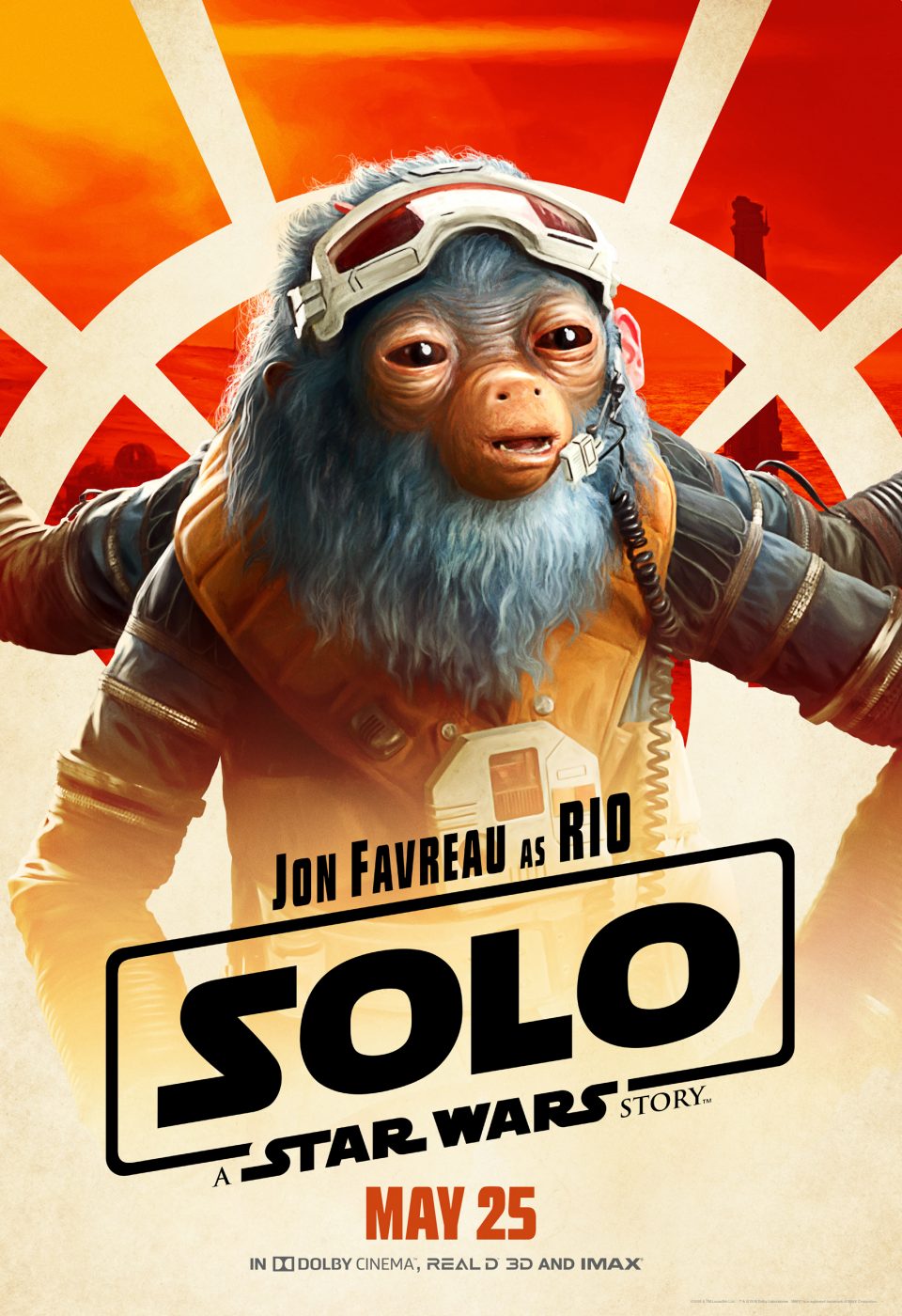 Solo: A Star Wars Story flies into theaters May 25.