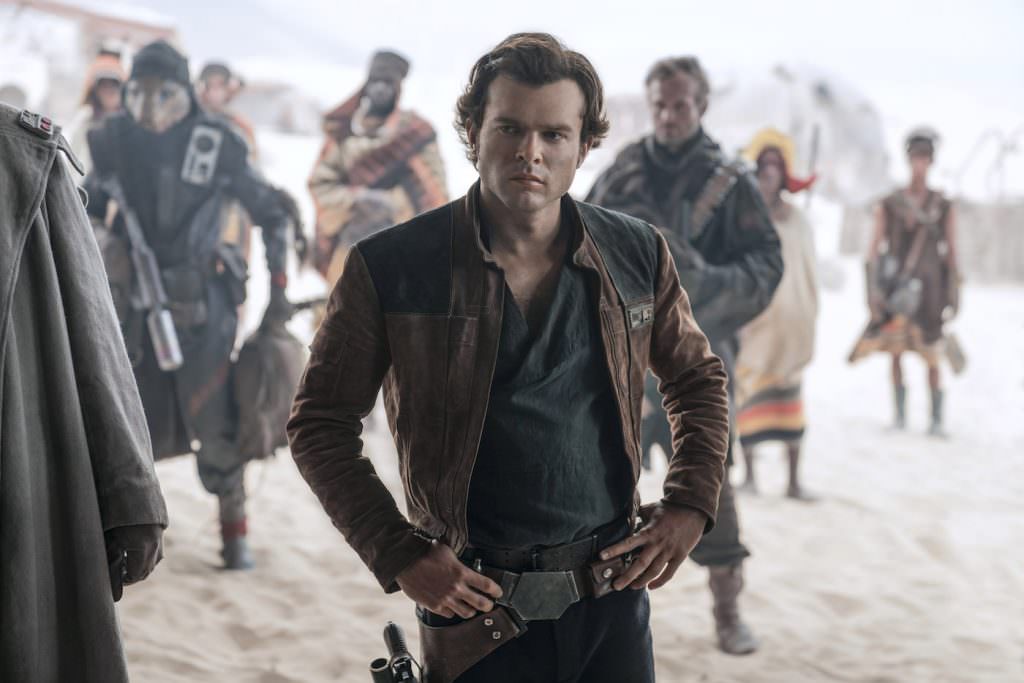 Jon Favreau is a man in demand. The actor/director/producer is fully entrenched in production for The Lion King. There’s next to nothing that could pull him away from those duties, short of the force.

Favreau has been tapped to voice a character in the soon to be released Solo: A Star Wars Story. He tweeted out a picture sandwiched between Solo director, Ron Howard, and screenwriter, Lawrence Kasdan.

There was no context to the post of when or where they might be together. Luckily, Howard cleared up the mystery. The production has been incredibly hush hush, so it’s surprising he gave us the context.

“Wondering why we r all together?” Howard wrote. “@Jon_Favreau is voicing a very cool & important alien character for #HanSolo Flattered & fortunate I could pull him away from his #LionKing directing duties.”

Wondering why we r all together? @Jon_Favreau is voicing a very cool & important alien character for #HanSolo Flattered & fortunate I could pull him away from his #LionKing directing duties https://t.co/W5N7YoAlq6

Favreau has now hit three of the major Disney properties: Marvel, Star Wars, and the live action adaptations of the classics. He scored the much sought after The Lion King after nailing a gorgeous live-action rendition of The Jungle Book. He pulled double duty on the film voicing Pygmy Hog for the animal centered adventure.

It’s unclear what role Favreau will play. The trailer for Solo was released earlier this month. Star Wars films have implemented all kinds of technology to bring characters to life, like motion capture for Snoke (Andy Serkis) and CG to recreate Peter Cushing’s performance of Grand Moff Tarkin. From the way Howard described the role, however, it sounds like Favreau will be doing a voice acting to an animated character.

Solo: A Star Wars Story arrives in theaters May 25.