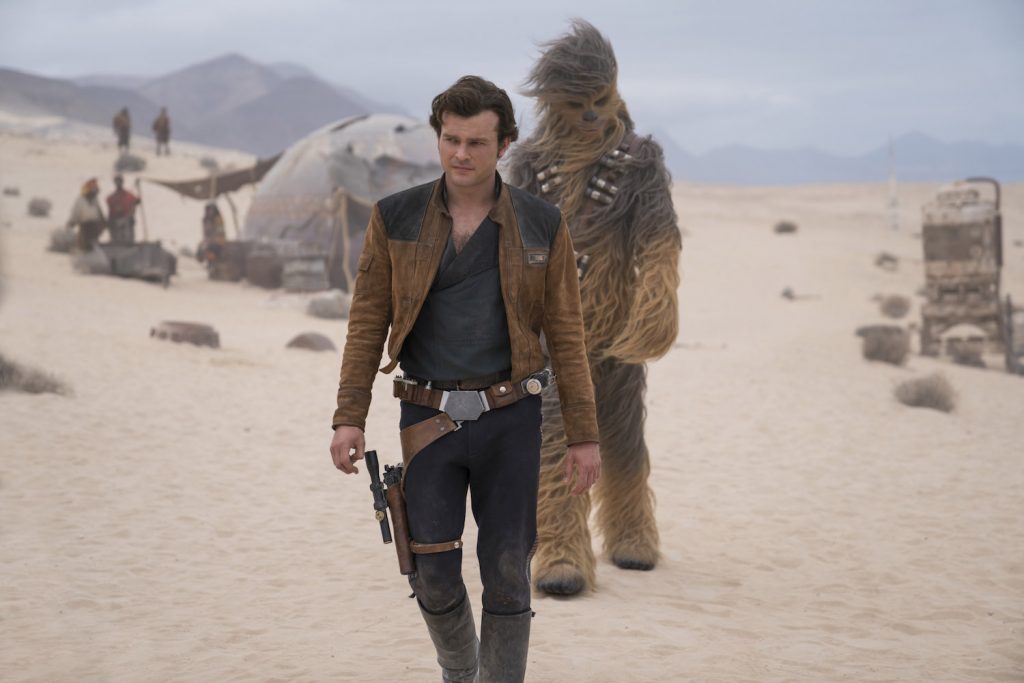 Solo: A Star Wars Story May Not Be The Last We See of Young Han

Solo: A Star Wars Story is set to hit theaters May 24 and trailers and TV spots for the film are drumming up a lot of excitement. At last we’ll see the the origin story of our favorite spice smuggler Han Solo, before he became a galactic hero, helped save the universe and married a princess. We missed Han in Star Wars: The Last Jedi, but we’re looking forward to his return—and this may not be the last we see of a young Han Solo.

In an interview with Esquire Alden Ehrenreich let slip that he was signed on for three movies under the Star Wars banner at Lucasfilm—but shh it may be a secret as Alden sounded unsure in the interview if that was public knowledge. “I don’t know if that’s officially public. But—yeah,” Ehrenreich said during the interview. Three Solo films means we could be getting two more films focusing on the character. That’s a lot of territory to explore.

Slashfilm speculates that the two films could follow Han’s journey leading up to his fateful meeting with Luke and Obi-Wan in Star Wars IV: A New Hope. Rogue One took us right up to the moment that Episode IV began. The studio will probably wait until they can gauge the success of Solo: A Star Wars Story before starting any new projects, but it will be interesting to see what direction the studio will go if they are two more films in our future.

As for the upcoming film, we know that this will be a heist film focusing on Han Solo and a group of smugglers. Alden Ehrenreich will take up the mantl from Harrison Ford as Han Solo. Donald Glover stars as the charismatic Lando Calrissian. Emilia Clarke becomes the enigmatic Qi’ra. Woody Harrelson portrays fellow smuggler Beckett. And Westworld star, Thandie Newton, appears as Val.

Solo: A Star Wars Story blasts into theaters May 24.