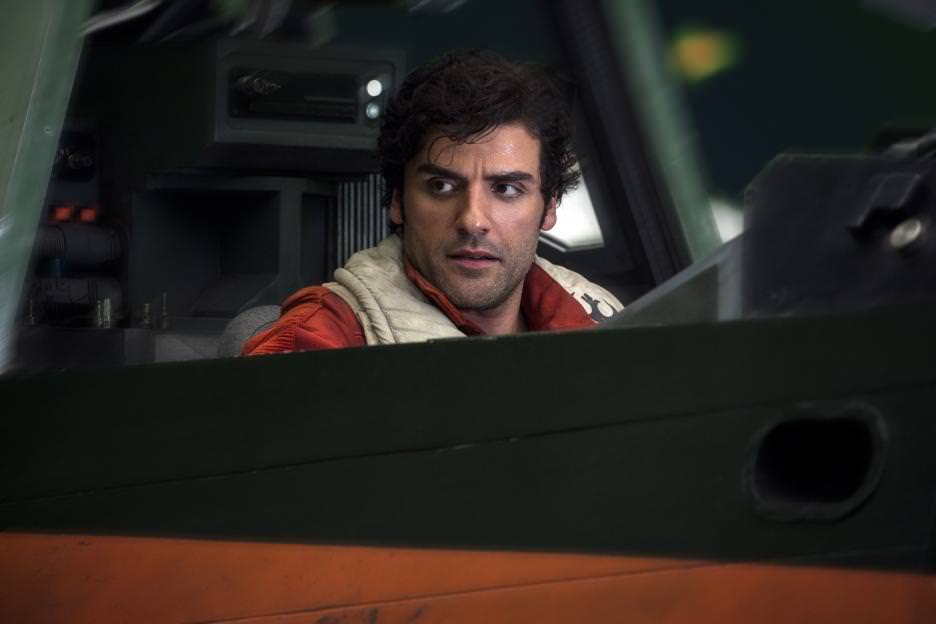 We’ve shared a lot of juicy behind-the-scenes videos from Star Wars: The Last Jedi. Like this video about some very good dogs helping them create the crystal foxes), or this one, which includes 11-minutes of footage from the documentary The Director and the Jedi. These morsels of Star Wars goodness began hitting the internet in the lead up to the release of The Last Jedi‘s digital HD became available, but now we’ve got a new video takes the cake. Now that The Last Jedi is available on Blu-ray and DVD, Entertainment Tonight celebrated by releasing this peek at the best bonus feature yet: a gag reel that shows Carrie Fisher’s Leia slapping Oscar Isaac‘s Poe Dameron—more than 40 times.

Also in the reel is some serious goofing off by John Boyega, an absolutely absurdly adorable baby BB-8, a slew of flubbed lines, a lot of Kelly Marie Tran laughs, some Daisy Ridley giggles, funny faces, an incredible Oscar Isaac scene-bomb (you’ll understand when you watch it), and a fitting coda from Mark Hamill as he gets out of the cockpit of an X-Wing.

Gag reels are hard not to love, especially on a film with as much riding on it as Rian Johnson’s The Last Jedi had, both in studio and fan investment. Watching the actors goofing off, joking with each other, showing up in scenes they don’t belong, and generally just having a good time amidst the pressure of starring in a massive franchise is a joy to watch. It’s also always fun to see them break character and go from, say, a duplicitous codebreaker to a guy who just can’t catch a flying necklace (we’re looking at you, Benicio Del Toro). A brief shot of Domhnall Gleeson breaking character as the high strung General Hux to mug for the camera is particularly appealing.