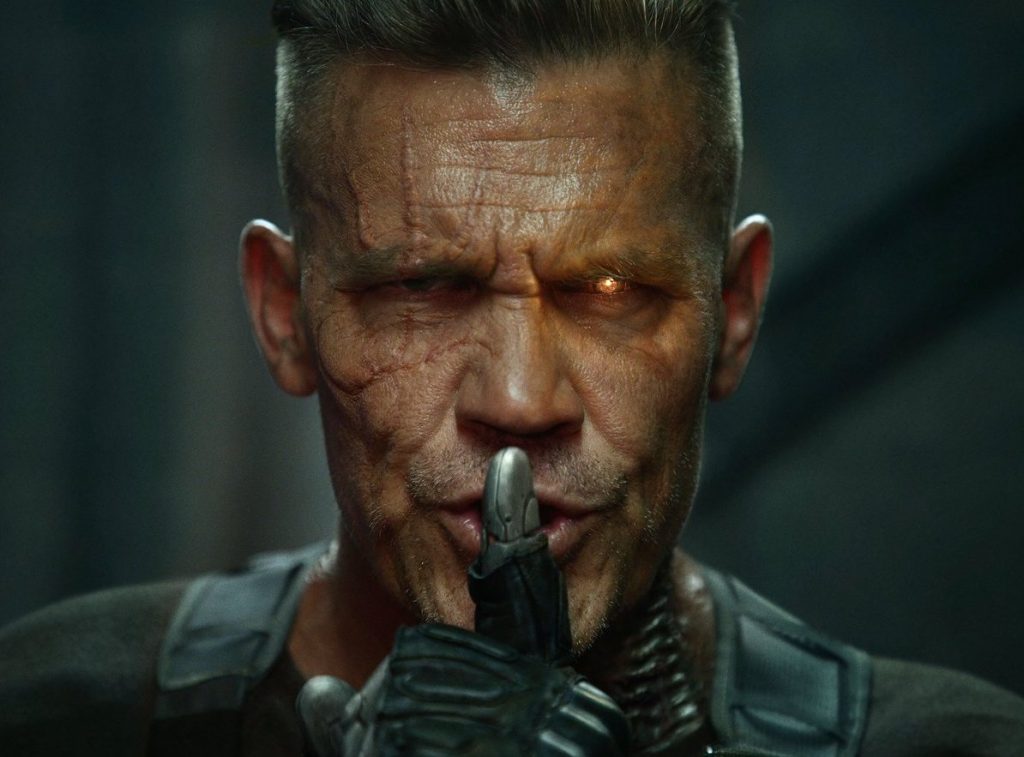 It’s tactless, vulgar, violent, hilarious, and it’s finally here. The (definitely NSFW) Deadpool 2 trailer is totally outrageous and takes nothing seriously, which is exactly what we were hoping for.

First, let’s get to the goods. Cable (Josh Brolin) comes smashing through a wall and gives us all a lesson in how to make an entrance—this is now the second time we’ve seen Cable come for Deadpool, but this trailer is much more robust. Wade (Ryan Reynolds) gets in the middle of a fight he didn’t even know was happening (no superhero is quite as fun in perplexed mode than Deadpool). Cable is hunting Julian Dennison’s character, who happens to be some sort of mutant as he can emanate fire from his palms. Nifty trick. For those of you who thought Deadpool and Cable were evenly matched…this trailer may disabuse you of that notion. The time-traveling cyborg is stronger, meaner, and wastes zero time making jokes.  The Merc with the Mouth realizes he needs backup, and quick.

The other big reveal is seeing Domino (Zazie Beets) in action. No wall smashing needed here. She has ten times the presence and swagger as Cable just by walking into a room. She’s also sassy and super cool despite the chaos swirling around her. We see why test audiences adored her.

Despite being super sarcastic and crass, Deadpool actually has one of the most awe inspiring love stories in the superhero canon. Luckily, Vanessa (Morena Baccarin) is back and hasn’t given up on him. And here is where the main plot comes in. Vanessa urges Wade to help shape the future generation of mutants. Deadpool with kids was about the last thing we’d expect to see. Jokes are made about them being called the X-Force, a sort of B squad of X-Men. However, their fighting ability is completely up to par.

Okay, enough of the build-up, have a look below and then we’ll finish up with some final thoughts:

The meaty trailer is packed with jokes, as we’d expect, and that great shot of the emerging X-Force, with none other than Terry Crews (!!) among them.

Here’s your official synopsis for Deadpool 2, which is technically called The Untitled Deadpool Sequel. Gang? This synopsis pure Deadpool:

“After surviving a near fatal bovine attack, a disfigured cafeteria chef (Wade Wilson) struggles to fulfill his dream of becoming Mayberry’s hottest bartender while also learning to cope with his lost sense of taste. Searching to regain his spice for life, as well as a flux capacitor, Wade must battle ninjas, the yakuza, and a pack of sexually aggressive canines, as he journeys around the world to discover the importance of family, friendship, and flavor – finding a new taste for adventure and earning the coveted coffee mug title of World’s Best Lover.”

Yup, Deadpool is back with more snark than ever. It’s good to see you, old pal.

Deadpool 2 crashes theaters on May 18.