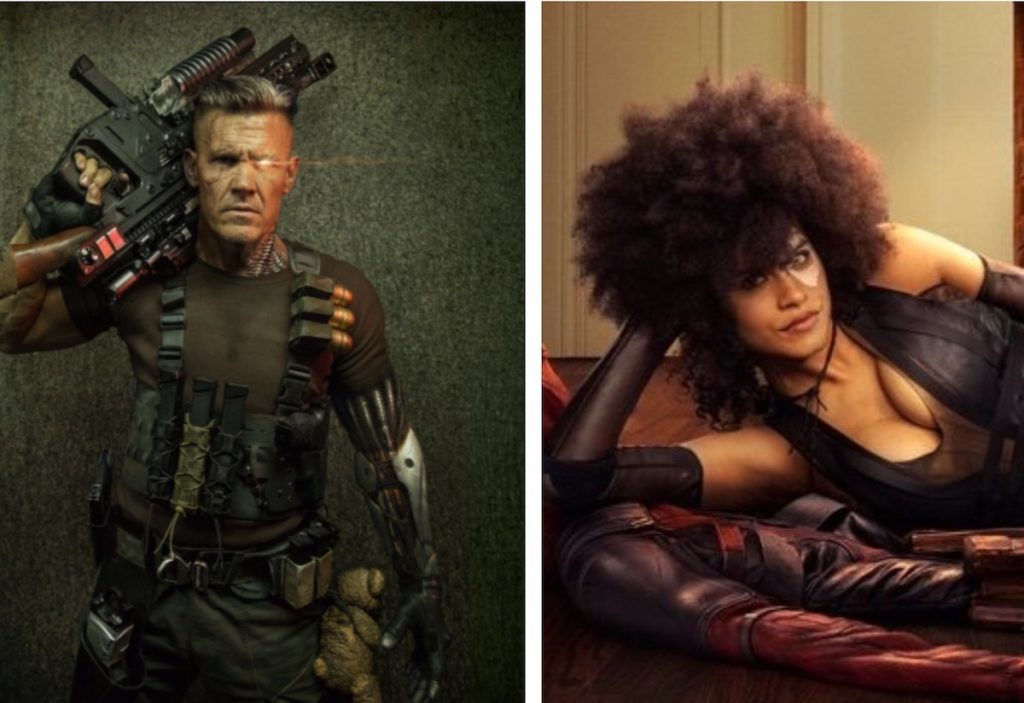 Enthused Audiences Who Saw Test Screenings for Deadpool 2 Had One Request: More Brolin and Beetz

Reshoots are par for the course for blockbuster-sized films, whether they are set in a galaxy far, far away, in Gotham or somewhere within the vast Marvel Cinematic Universe. In Deadpool 2‘s case, the reshoots had the advantage of one very specific note; give us more of Domino (Atlanta‘s breakout star Zazie Beetz) and Cable (Josh Brolin).

Despite initial rumors about bad test screenings, everything in the world of the untitled Deadpool sequel (which everybody is understandably calling Deadpool 2 until told otherwise) is good. As Collider reports, actual test screenings took place in January, and the film scored a stellar 90 to 91 out of a 100. After another test screening added by 20th Century Fox after the film had been edited further, that score shot up into the stratospheric high 90s. This is as good as it gets for a test screening, and bodes very well for the Merc with the Mouth’s future. Fox didn’t move the release date up from June 1st to May 18th because they were worried they had a dud on their hands, they did so because they know they’ve got a hot property.

We know next to nothing about Deadpool 2‘s story—the trailer was predictably hilarious and unpredictably vague. What we do know is the film is in the extremely capable hands of Atomic Blonde director David Leitch, working from a script by Deadpool screenwriters Rhett Reese and Paul Wernick. With these talents, the aforementioned Brolin and Beetz joining the cast, and the magnetic and mouthy titular character played so perfectly by Ryan Reynolds, Deadpool 2 seems on track to live up to, and hopefully surpass, the original’s game-changing debut back in 2016.

Plus, with Deadpool 2 introducing us to the X-Force, the team of mutants who take on jobs nobody else (we’re looking at you, X-Men) will touch, there’s a ton of interesting directions this film can take. What we know for sure is a desire for more Beetz and Brolin means these two new additions to the Deadpool universe are a hit, which is good news for that upcoming X-Force stand-alone film, let alone Deadpool 2.