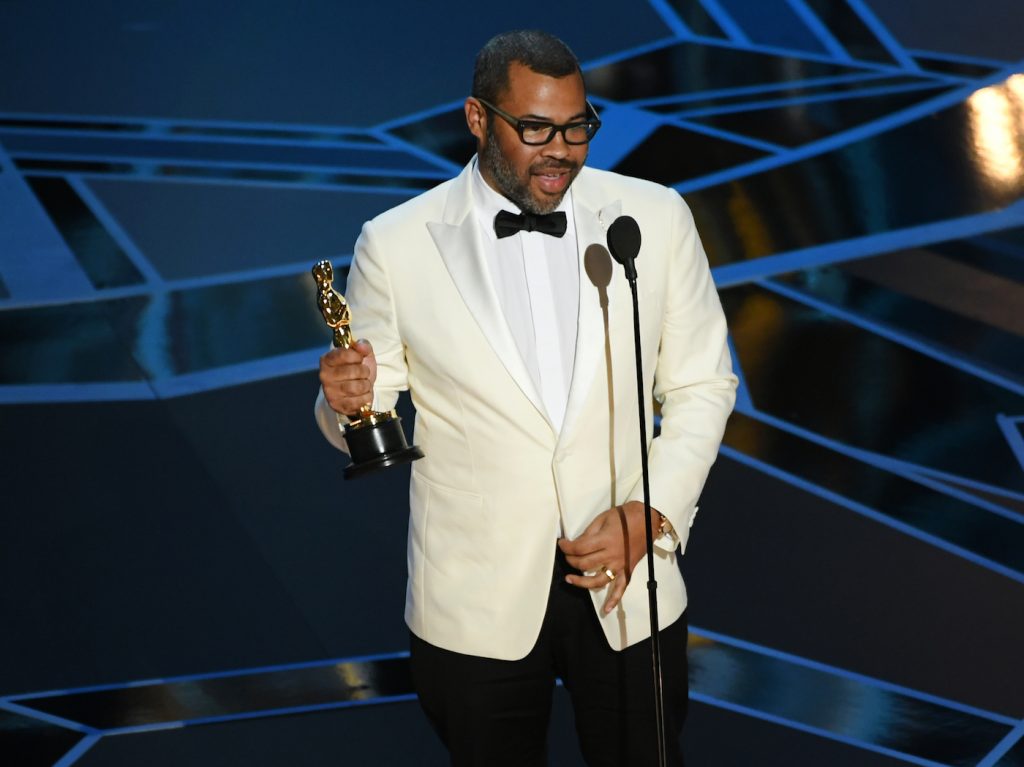 The Shape of Water turns out to be that of an Oscar statue, Jordan Peele nabs an Academy Award for his Get Out original script, Frances McDormand wins Best Actress and ignites the industry with two choice words, and legendary cinematographer Roger Deakins has finally won the big award for his stellar work on Blade Runner 2049. And let’s not overlook Phantom Thread costume designer Mark Bridges, who not only won an Oscar but also a jet ski, a prize given to whichever winner gave the shortest acceptance speech.

Peele’s win for Best Original Screenplay was one of the night’s highlights. It’s always incredible to hear an Oscar-winner explain how close they were to abandoning their project, with Peele admitting that he kept walking away from the Get Out script because he thought no one would ever produce it. Luckily for us, Blumhouse and Universal Pictures went all in on Peele’s incredible directorial debut. Frances McDormand’s fantastic acceptance speech for her win for Best Actress was a highlight—”inclusion rider” will definitely be one of the most Googled phrases today—for her brilliant performance in Three Billboards Outside Ebbing, Missouri. McDormand asked that every woman nominated for an Oscar please stand with her, and this included Best Supporting Actress winner Allison Janney (I, Tonya). McDormand crushed it, unsurprisingly.

It was a relatively smooth evening, with no shocking mistakes, and one that seemed to benefit from the recent push within the Academy for more diverse membership, and the recognition of major talents (like Peele, Lady Bird writer/director Greta Gerwig and more) who were honored, either with an award or a nomination, for their incredible work. It was also a fitting coda for what was a truly fantastic year in film, with host Jimmy Kimmel, who has quickly become one of the most respected people on TV, delivering a jovial, relatively friction-free show, yet with an opening monologue that didn’t shy away from addressing the #MeToo movement.

TAGSBlade Runner 2049 Get Out Oscars The Darkest Hour