A new green band trailer and a new international poster? Things are heating up with Deadpool 2‘s marketing push, giving us ever more glimpses at the Merc with the Mouth’s upcoming adventures with his new best friends in the whole world, Domino (Zazie Beetz) and Cable (Josh Brolin). In this new green band trailer, Ryan Reynolds’ Wade Wilson catches us up on everything that happened in the original film in roughly 30 seconds, then gives us a much more joke-heavy riff on the most recent trailer, with some new footage and a much looser, green band vibe. It should go without saying this is NSFW, nor is it suitable suitable for any children, scolds, or killjoys.

The test screenings Fox set up more or less lead to one conclusion—folks loved newcomers Domino and Cable. From what we’ve seen, Brolin’s Cable is perhaps the perfect foil for Deadpool, a completely no nonsense cyborg from the future who, unlike Stefan Kapicic’s Colossus, who is earnest and kind, or Brianna Hildebrand’s Negasonic Teenage Warhead, who is a teenager, therefore, unresponsive to old man Wilson’s complaints, someone who will straight up smack Deadpool if need be. They’re gonna make so many memories. And Beetz’s Domino looks like the incredibly cool mutant assassin cousin we all wish we had. We can’t wait to see what form the X-Force takes, once assembled in this film and then onto their own (with Terry Crews, no less!)—especially with Domino in a main role.

The trio of Domino, Deadpool and Cable highlight this new international poster, which almost looks like a “re-imagining” of Three’s Company, only with two dudes…one of whom wears a mask…the other of whom is a cyborg…and a mutant. There’s three of them, is the point: 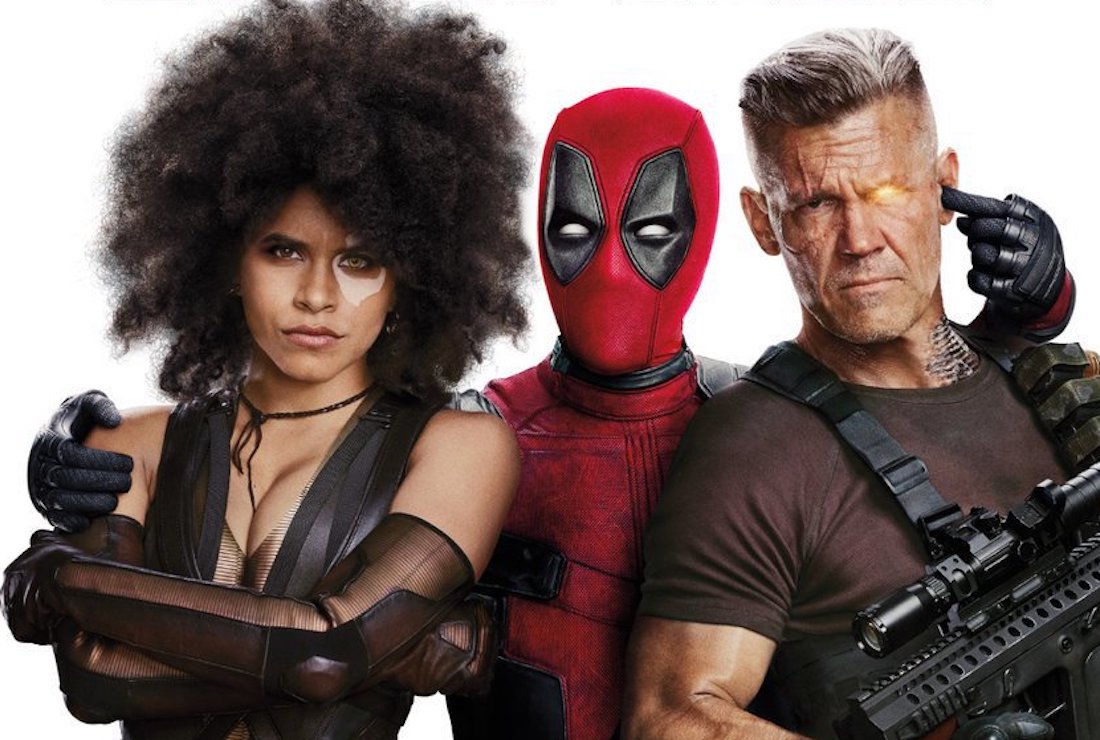