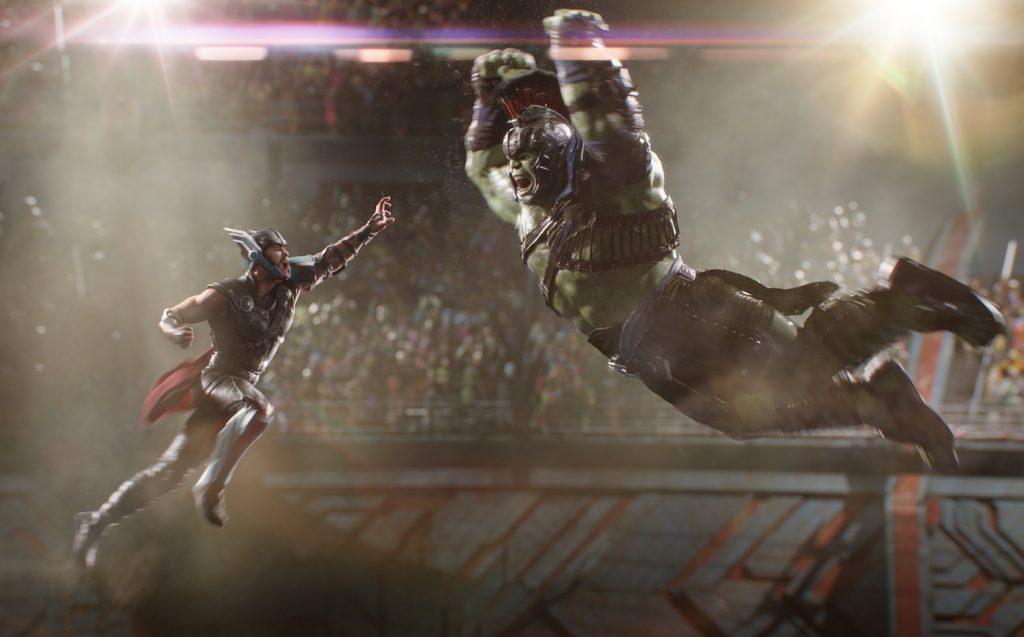 The Lonely Island had a song about all the movies that people love, yet that never win an Oscar, all prepared for this past Sunday’s Academy Awards, and all we can imagine now having heard it is, “what if?” The producers of the show ultimately cut the song due to it being “financially and logistically impossible.” This is assessment was accurate, considering The Lonely Island themselves (which consists of Andy Samberg, Akiva Schaffer and Jorma Taccone) envisioned their song “Why Not Me” as a “fully shot, star-studded music video of exorbitant cost.”

Lucky for us, they’ve shared a video with us that gives us a look (and a listen) at what would have been a show stopper. While the vocals are temp—meaning they were temporary takes on the actual actors voices they were hoping to get—the song is nonetheless lyrically brilliant, surpassingly catchy, and somehow even funnier with the group mimicking the actors they wanted to perform. It begins with Chris Hemsworth’s Thor singing a lament about why he doesn’t deserve a nomination, followed by Gal Gadot’s Wonder Woman joining Thor in a duet. The two sing about how they went off to save the entire world yet didn’t even get a nomination, while, hey, Daniel Day-Lewis learned how to sew (Phantom Thread) and Saoirse Ronan’s Lady Bird got into NYU. Seems unfair!

It only gets wilder from there—It’s Pennywise, Girl’s Trip‘s breakout star Tiffany Haddish (has Meryl Streep ever hung from a zipline and peed in a film? Good question!), a whole host of Chris’s (Pine, Hemsworth, Pratt and Evans) petitioning for a new category, “Best Chris,” and an inspired Aquaman bit about his annoyance at hearing about the central love story in The Shape of Water, and why it didn’t involve him.

Irreverent? Yes, of course, but also funny, charming, and more or less a tender love song to the films we all pack the theater to see, but which usually get blanked during “Hollywood’s Biggest Night.” The one caveat that has to be made is that this year, genre films actually did pretty well. Your Best Picture winner was The Shape of Water, after all, and Jordan Peele won an Oscar for his script for his brilliant horror film Get Out, and Roger Deakins nabbed his first Academy Award (after 13 previous nominations) for the gorgeous sci-fi film Blade Runner 2049. Yet there will almost always be quibbles regarding the Oscars, and a lot of worthy films, often genre movies and often both critical and commercial smashes, were once again left out.

But don’t take our word for it, let the gang at The Lonely Island make their case, perhaps in the voice of Vin Diesel’s Dominic Toretto (The Fate of the Furious) who sings “What even is art?” Dominic, it’s this: