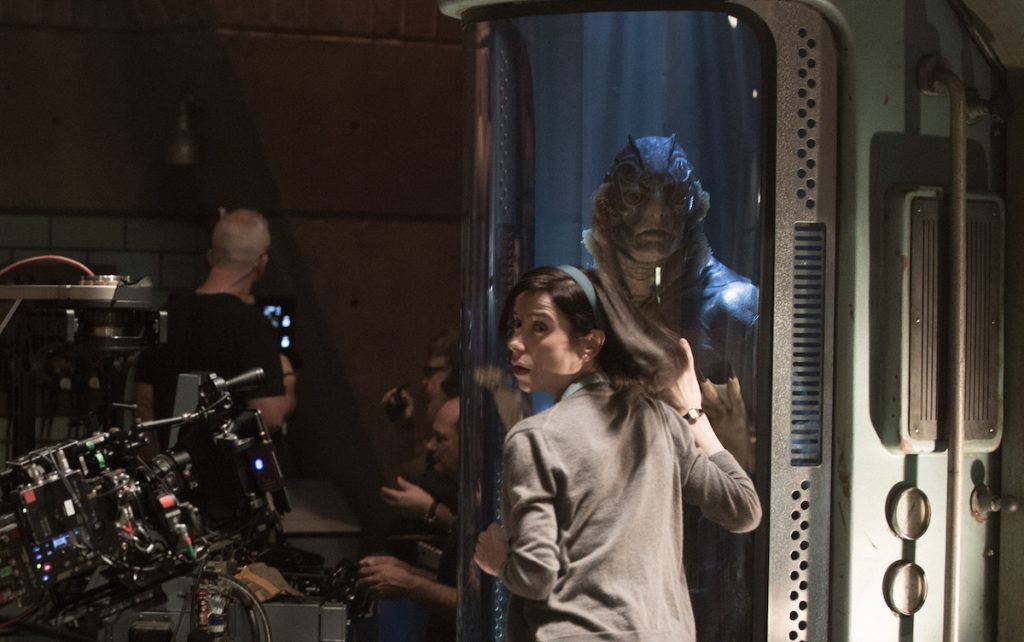 While Andy Serkis has become a superstar utilizing performance capture technology to become The Lord of the Rings’ Gollum, King Kong and the Planet of the Apes’ chimpanzee hero Caesar, another incredibly talented performer has also had a stellar career being utterly unrecognizable. Only this actor mostly performs behind latex masks and within very heavy, hot body suits, and he’s finally getting his due. His name is Doug Jones, and he has been the largely unheralded hero Guillermo del Toro’s Best Picture-winning The Shape of Water.

With more than 150 film and television credits, Jones has been a huge part of the industry despite having nearly zero name recognition. Not only was he writer/director Guillermo del Toro’s Amphibian Man (also know as The Asset) in The Shape of Water, he played the equally amphibious (although much more talkative) Dr. Abe Sapien in the auteur’s Hellboy films. In fact, del Toro appreciates Jones’ work so much, he has had him play dual roles in a single film twice. In Hellboy II: The Golden Army, Jones played by Abe Sapien and the gloriously creepy Angel of Death. Creepier still was one of his two roles in del Toro’s first true masterpiece, Pan’s Labyrinth, as one of the most iconic monsters of the century, the Pale Man (glimpsed throughout this trailer). Jones’s second role in Pan’s Labyrinth, as the Faun, was the film’s crucial guiding spirit and the Pale Man’s anthesis.

Finally, you can meet the real Doug Jones in this delightful video created by Great Big Story. Jones began his career as a mime, which turned out to be great practice for taking on roles that often required the actor to show more than tell. Tall and insanely agile (and a great sport), Jones booked more and more roles that needed a performer who could quite literally contort himself into bizarre characters and creatures. One of his first gigs was playing the moon in a McDonald’s commercial, but it wasn’t too long before he was taking a swing at Batman in Batman Returns, playing a crazy clown who attempts, and fails, to take out Gotham’s caped crusader.

From there, Jones has been incredibly busy, and has spent countless hours in the makeup chair becoming whatever was required of him.  His role on Star Trek: Discovery, as the alien Commander Saru, took two hours of intensive makeup. Think that’s long time to sit in a chair and get covered in rubber, plastic, fake hair and goop? Try seven hours, which is what was required for Jones to become Abe Sapien in the Hellboy films. In the video, Jones discusses how wearing a head-to-toe suit, whether he’s becoming the Pale Man, Abe Sapien or The Shape of Water‘s amphibious heart throb, is almost always hotter and heavier than you want it to be. It’s also “more isolating,” not only putting a thick layer of latex or rubber between Jones and his co-stars, but also keeping him from more, ah, personal matters, such as when he needs to go the bathroom.

Yet don’t cry for Jones—the man has created an incredible career from the inside of these suits and behind these masks. While you might not have heard his name or ever seen his actual face before, chances are you’ve watched his performances in awe. We’re guessing after his star turn in The Shape of Water, Jones will be a very busy (and sweaty) man for a long time to come.

Check out the video below, and meet Mr. Jones.

TAGSFox Searchlight The Shape of Water