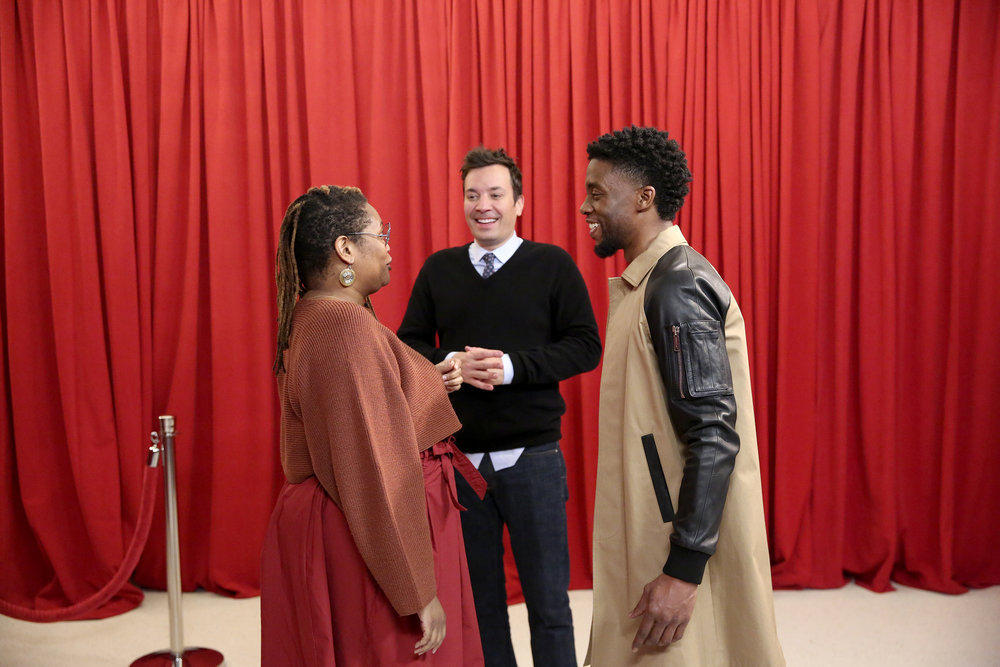 The impact of Black Panther has been overwhelming. The thoughtful care that went into the African inspired design from the Wakandan nation to the fierce Dora Milaje costumes to the artfully choreographed stunts, the film was truly groundbreaking. Black Panther has been making historic waves in ticket sales too. It clocked in at the second largest box office earnings in the second weekend in American cinematic history. All of the research and storytelling and records broken, however, are best channeled through the impact it has had on audiences. The Tonight Show With Jimmy Fallon asked fans what the movie meant to them, and had a special surprise waiting.

Black Panther star Chadwick Boseman secretly waited behind a poster of his own face as audiences expressed their appreciation for his work as T’Challa. Some even made a confession or two (don’t bootleg movies!), but Boseman was excited to greet them. Fallon played a definite second fiddle to the man of the hour, which proved to be hilarious. Some people took the shock more stridently than others, but one of the most touching of all was a very young fan who was left speechless.

Entrepreneurs, artists, African descendants, students, parents, and kids all had an emotional reaction to watching the film. It’s clear that Boseman had a mutual appreciation for his fans and felt the connection. This moment has been building for a long time and it’s cathartic to finally be watching the cast and crew reap the rewards. Somebody pass the Kleenex.