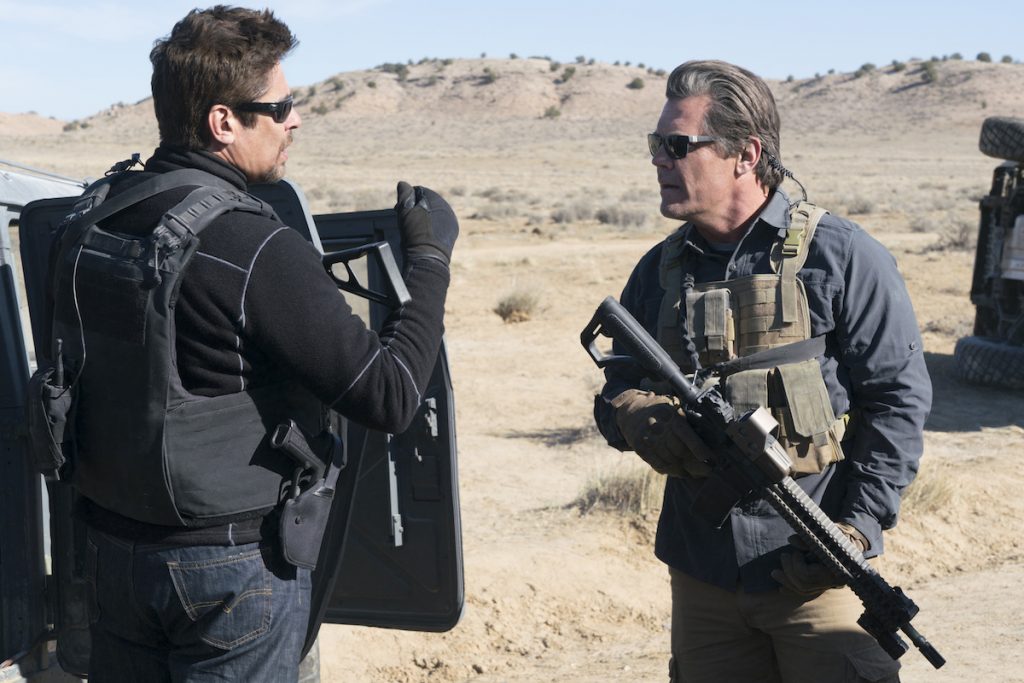 When Sicario was released in 2015, about the brutal battle against Mexico’s drug cartels, it instantly became one of the most compelling, riveting crime dramas of the century. Featuring an all-star lineup both in front and behind the camera, Sicario was both unflinching in its depiction of the ravages of the war on drugs on both sides of the US-Mexico border, and an intimate look on the toll this battle takes on those caught in the middle, as well as those paid and empowered to fan the flames or try to snuff them out. It was one of the most relentlessly intense films of that year, or any other in recent memory.

Behind the camera, you had Blade Runner 2049 director Denis Villeneuve and cinematographer Roger Deakins, screenwriter Taylor Sheridan, editor Joe Walker, and the late, great composer Jóhann Jóhannsson. In front of the camera, Emily Blunt was the film’s moral compass, as the skilled FBI agent Kate Mercer, who finds herself adrift in a legal, ethical and moral void the more embedded she becomes with Josh Brolin CIA operative Matt Graver, and Benicio Del Toro’s vengeful hitman Alejandro. With this amount of talent it would have been surprising if Sicario wasn’t incredible. It was. And now, a new trailer for the film’s sequel, Sicario: Day of the Soldado, gives us new plot details and some very intense fighting, raising the already incredibly high stakes set in the original. If this new trailer is any indication, Day of the Soldado is going to be even more brutal and breakneck than the original.

The trailer debuted on USA Today, revealing that Day of the Soldado shows an even worse situation along the US-Mexico border. The cartels are sending terrorists across the border to sew chaos and mayhem. Benicio Del Toro reprises his role as Alejandro, ditto Josh Brolin’s CIA operative Matt Graver. Graver has once again hired Alejandro, this time to start a war between the cartels by kidnapping the teenage daughter (Isabela Moner) of a the notorious kingpin Carlos Reyes. The mission doesn’t go as planned, and Graver gives Alejandro an order to kill Isabela—will he do it?

It seems that Day of the Soldado will end up being a bloody chess match between Alejandro and Graver. The former, although a killer who has been systematically tracking down everyone responsible (and those related to those responsible) for killing his family and doing and returning the favor, seems unwilling to follow Graver’s order. The latter, at the behest of the U.S. government, feels his must follow his, which are to “clean the scene,” which includes the young girl who has seen too much.