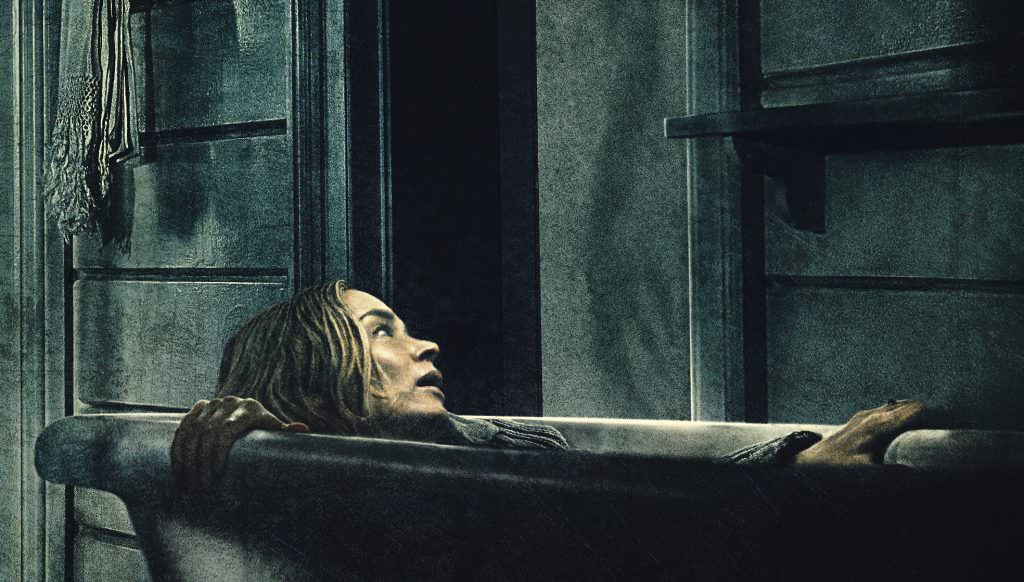 Paramount has released another trailer for writer/director John Krasinski’s upcoming horror film A Quiet Place. This is only the second trailer, following the first full length trailer and a delightfully spooky teaser; these previous peeks left viewers wondering what, exactly, was haunting the family and forcing them into this mute existence. This new trailer gives us just a glimpse of what this monster is all about.

Like the previous trailer and teaser, this new look emphasizes the importance of silence, as whatever predator is lurking out there is hyper sensitive to sound. The family has been living in total silence in the woods for who knows how long, reduced to living in a completely mute environment. Emily Blunt’s character is very pregnant, but picking out colors for the nursery is the least of her worries. Past glimpses offered the sad sight of Blunt hiding in a bathtub and crying, but the new trailer reveals that she may being going into labor. Thought labor was difficult before? Try having to be completely silent; the scene is made even more intense, if you can imagine, by the appearance of a small clawed non-human hand on the wall behind Blunt’s head next to the tub. We can’t wait to see how this turns out.

While their mother is busy dealing with labor pains, the two children are dealing with their own problems. There looks to be a moment when the children are separated from their parents and must fend off the predators themselves. Quick shots throughout show them sitting in a car, which is soon attacked by an unseen force, as well as another (artful) shot of the younger boy sinking under the grain in one of the silos. John Krasinski is seen skulking around with his trusty shotgun throughout, most likely attempting to protect his wife and children.

Fans can look forward to getting their scare on this April 6, when A Quiet Place bows.