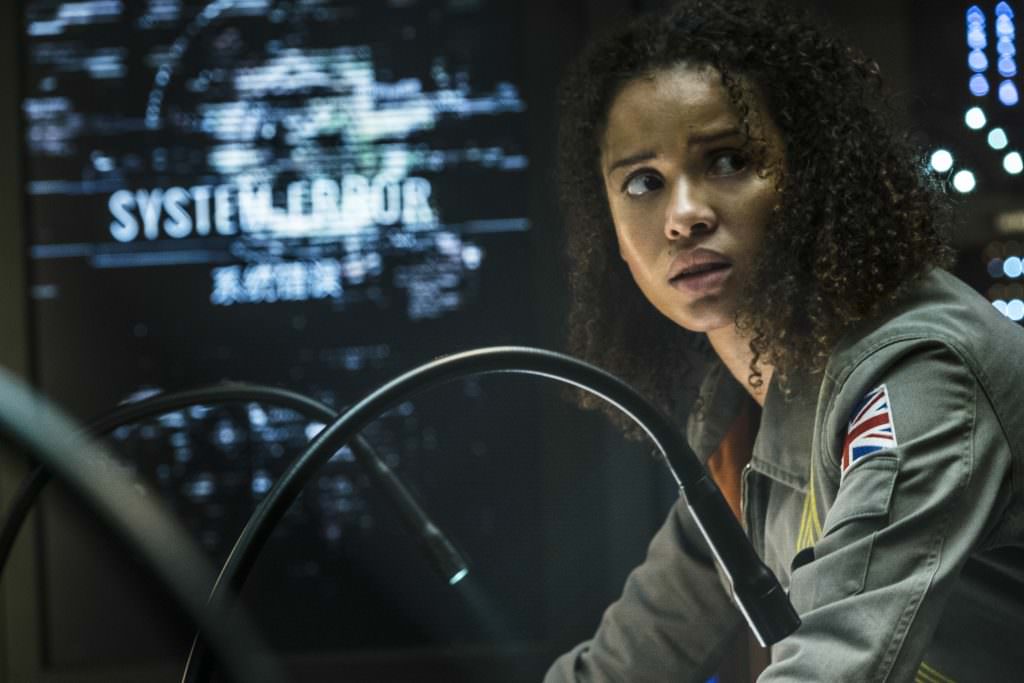 No, you haven’t slipped through a tear in the space-time continuum. There really was a new Cloverfield unleashed on the world last night. The third installment of the J.J. Abrams produced horror series was cloaked in mystery for months. The film was originally titled The God Particle and the released date slipped around. Then suddenly like an alien monster descending, it appeared out of nowhere to scare us all out of our wits. If you haven’t yet heard, The Cloverfield Paradox is available now for streaming on Netflix.

Among the hilarious Tide commercials starring Stranger Things’ David Harbour and the epic Prince tribute by Justin Timberlake, Netflix announced during the Super Bowl that The Cloverfield Paradox would be released that very night. The film follows previous anthology movies Cloverfield and 10 Cloverfield Lane. The stories all presumably exist in the same universe, but are not directly tied.

Hamilton (Gugu Mbatha-Raw), a brilliant scientist, has launched into space to implement new technology that would solve the food and power shortage on Earth. The space station is named Cloverfield, tying it into the franchise. As was promised in pre-release chatter, the entire Earth then disappears. The events only get freakier from there.

Of course, this is a Cloverfield movie. At some point, there will be giant terrifying monsters, and The Cloverfield Paradox delivers. It combines our apprehension about space exploration like the classic, Alien, with the fear of technology doing more than we could control, like Black Mirror. That adds up to one super scary combination where everything that could go wrong destroys the Earth. You can find out whether or not the mission was successful on Netflix now.