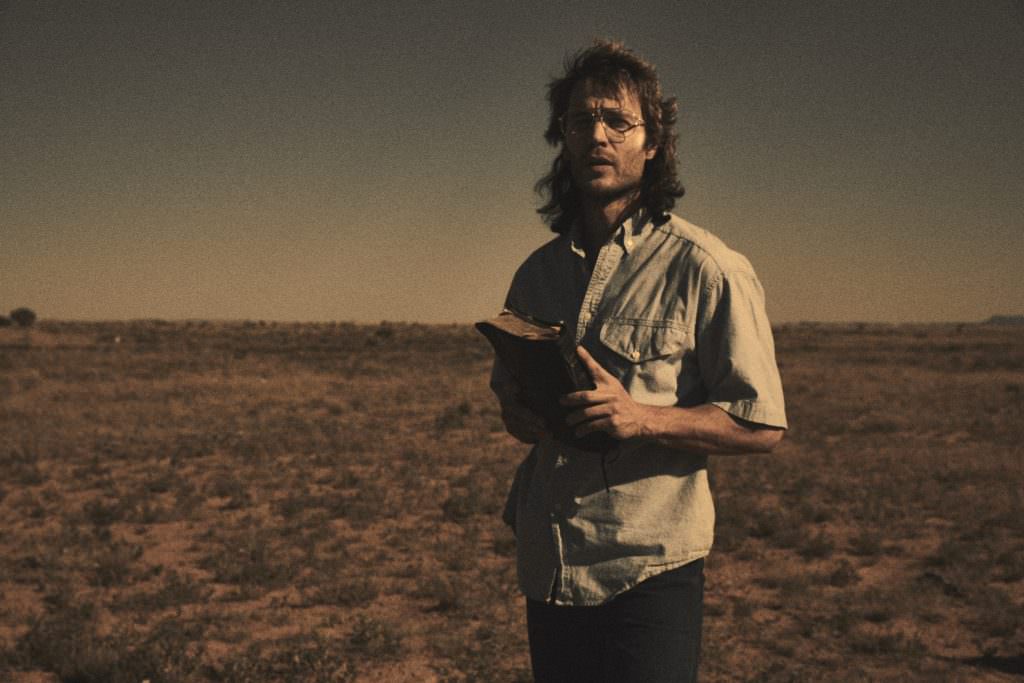 Karyn Wagner has a gift for time travel. Her costume designs have populated the slave era south of Underground, death row during the Great Depression of The Green Mile, and a lush WWII romance in The Notebook. Her latest visit in history lands in 1990s Texas where a charismatic cult leader was building a large following in WACO. The six-part miniseries on the newly branded Paramount Network concludes tonight, and each episode has been riveting.

With the assistance of Wagner’s designs, Taylor Kitsch (X-Men Origins: Wolverine True Detective Season Two) made a stunning transformation into Branch Davidian leader, David Koresh. Koresh is infamously remembered for the 51-day standoff with the U.S. Bureau of Alcohol, Tobacco and Firearms that ended in a deadly raid. Wagner, however, dove much deeper, conducting extensive research into his past. In fact, before even landing the job, Wagner had compiled a four-inch binder of images that she brought to the job interview.

“I had found tons of research,” she said. “Pictures of Koresh even as a very young child, but I’d also done a lot of research into his background and his childhood. His mother was only 14 when she had him. She was a child herself and obviously didn’t have the tools to really raise a child properly and it just went on from there.”

Wagner’s research revealed Koresh was extremely charismatic and longed for attention. A chameleon, he seemed to be able to adapt to easily in his attempts to win affection.

“There were a lot of different Koreshes there, which made me realize that I don’t know if he even knew who he was,” Wagner recalled. “He was a lot of different people. And I really felt like he performed for whoever his ‘audience’ was.”

This meant his wardrobe had many different styles and Wagner had to capture several of his looks to bring out his essence.

“You see him going to court and his suit is much better fitting than you would expect of a guy in rural Texas,” Wagner noted. “Then he had this amazing black terry cloth t-shirt that he wore all the time. It had this rainbow stripe right across the chest and you see a lot of pictures of him in that. That’s one Koresh right there and I had to recreate that shirt. But then you see this other Koresh where he’s preaching and he’s wearing this loose sort of dad shirt and this blue chambray, has a really unfortunate sleeve length that just wouldn’t do wonders for anybody. There’s the trustworthy guy you can follow.”

By the time Wagner had completed her research, she had filled several walls on set with images from the actual event. Some of the photos she found hadn’t even been seen by showrunners Drew and John Erick Dowdle. Designers and actors alike referenced “the wall” for inspiration. Wagner uncovered photographs of visitors and residents of the compound, including David Thibodeau, who consulted on the show. The standoff ultimately occurred in 1993, but when Wagner was sourcing her clothing, she rolled the calendar back a little.

“There’s the fact that these people are very rural – not the FBI or the ATF so much – but the Koresh compound,” she said. “These people are not high fashion, so we’re back dating them to the late 80s. And we don’t want the clothes to look super fashionable because these people were not fashionable. Their lives were about God, not about fashion.”

Some of the clothing she researched wasn’t going to show up in any vintage store or costume house. Koresh’s first wife, Rachel, was only 14 when they were married. Wagner custom made pieces for her character, played by Melissa Benoist (Supergirl).

“They sewed there. There was an actual sewing room at Mount Carmel,” Wagner said. “They can make whatever they need and [Rachel] wore these incredibly baggy, mousy, horrible, oversized shirts and she’s in them in so many of the photographs of her that I really wanted to reproduce them.”

More than a dozen law enforcement agencies who descended on the Mount Carmel Center were represented on Wagner’s research wall. To capture the scope and breadth of agencies represented, Wagner turned to the show’s graphic designers.

“Most law enforcement is in some pretty standard uniform and you can get that within believability,” Wagner explained. “It’s really the patches that are important and we had this brilliant graphic artist upstairs. I’d be like, ‘Hey, how about Border Patrol circa 1993’ and an hour later he’d send the graphic off and we’d get a hundred patches embroidered and off we’d go.”

Key among them was FBI agent Gary Noesner who led the negotiations leading up to the raid. He’s played by the brilliant Michael Shannon in the series, and the real life Noesner also consulted on the show. He represents the opposing force to the Branch Davidians, but Wagner says there is no clear good and evil.

Wagner was very careful about crafting Noesner’s style. She didn’t land on a hard-nosed militaristic detective. Shannon’s costumes convey a character who is serious, but approachable.

“Gary Noesner is wearing a dad plaid, but it’s professional,” Wagner described. “It’s a Brooks Brothers plaid that they still make all these years later. It’s both accessible and every man and he looks like the kind of guy you could easily talk to. It’s also professional plaid that will make the men around him respect him. Plaid is one of those fascinating prints that’s completely its own language. He would wear that and he’d wear chambray shirts and V-necks because we’re just coming out of the 80s. It’s V-neck, cashmere sweaters and pleat front khakis and practical shoes.”

As the show progresses, chaos and disruption emerges in the lives of the Branch Davidians. The costume design carefully reflects the descent of their lives as they make a final stand. Wagner made careful observations about the deteriorating living conditions and skillfully applied them to her designs.

“You have to watch [Koresh] unravel as the siege progresses and what does that look like in terms of his costume,” she explained. “Were they doing their laundry? Not really. You size things up because people are on rations so they’re losing weight. You buy everything a size up to make it look like they’ve lost weight. The clothes you’ve been seeing on them the whole season, it’s the same piece of clothing, but now they’re skinnier.”

Wagner’s extensive research may seem overwhelming, but it pays off. As a viewer, you’re immediately transported back to the 90s.