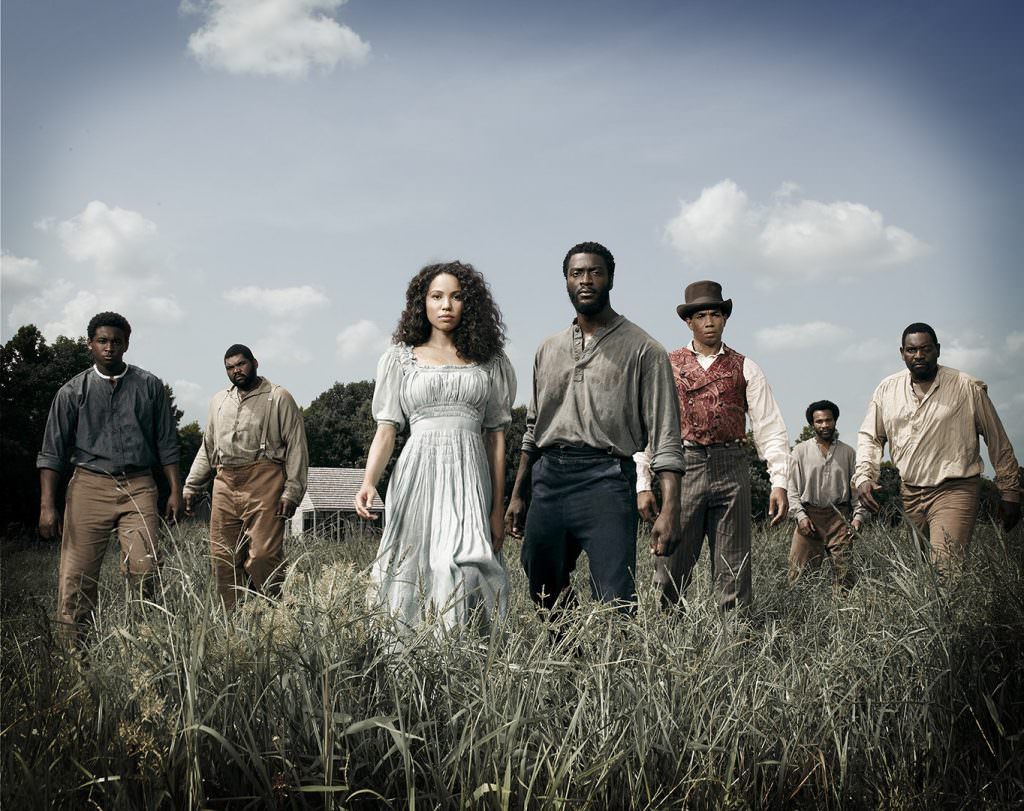 Underground is returning tonight for another pulse pounding season and a familiar heroine is getting in on the action. The new episodes will feature Harriet Tubman reimagined in a way that you never read about in your middle school textbooks. Costume designer Karyn Wagner brings to life the intense story of African Americans attempting to escape slavery with her incredible 19th century creations. Her attention to detail in portraying the attire of the North and South in slave era America is masterful. It’s no surprise that her designs on the show are delicious. Wagner’s career is legendary with credits that include The Green Mile and The Notebook.

We spoke with Wagner about the timeliness of the show, bringing American icon Harriet Tubman to life, her historic inspirations and more.

Why were you passionate about getting to work on Underground?

It's such an important story to tell. Being a feminist from a very early age, I was always very frustrated that there were no women in the history books. The Hispanics were always the bad guys and African Americans were always slaves and there were no Jews ever mentioned anywhere. This country is such a melting pot and it's always been that way. You can't help but wonder why the story is being told in a very one-sided way. It was always very frustrating for me. I was so honored to be asked to be involved in this project. I love the writing and I love the story. So often, stories about African Americans have someone outside their own culture that comes in to save them. This is a story where these people decide to take care of their own destiny. I love the fact that they are self-empowering. The story meant so much to me and when I read the script I was just so madly in love with the whole idea of the series. Season 2, the story gets even deeper and more powerful. It's fascinating to be able to be a part of that history lesson going back almost 200 years.

Do you feel like the story told in Underground is resonating with world events today?

Oh my god, it’s completely poignant. We started making this series when Black Lives Matter became a movement, not that it had ever stopped being an issue. The political climate today has unfortunately, in my mind, taken a turn after a lovely period where people felt safe to step out and have political opinions, whether it was LGBT rights or Black Lives Matter. Why is Arizona a primarily Hispanic state and yet there are so few Hispanics in the legislature? There are so many unconstitutional intrusions into our lives right now. There always have been, but we're starting to speak about them. In a very cohesive and beautifully-told way, we are stepping out to say, "Hey, every life matters. All lives matter.” You can't go backward to a time when people are oppressed. We won't have that anymore. We're trying to work out from under that. We're trying to achieve equality for everybody and make everybody important. This story is very important to tell right now. 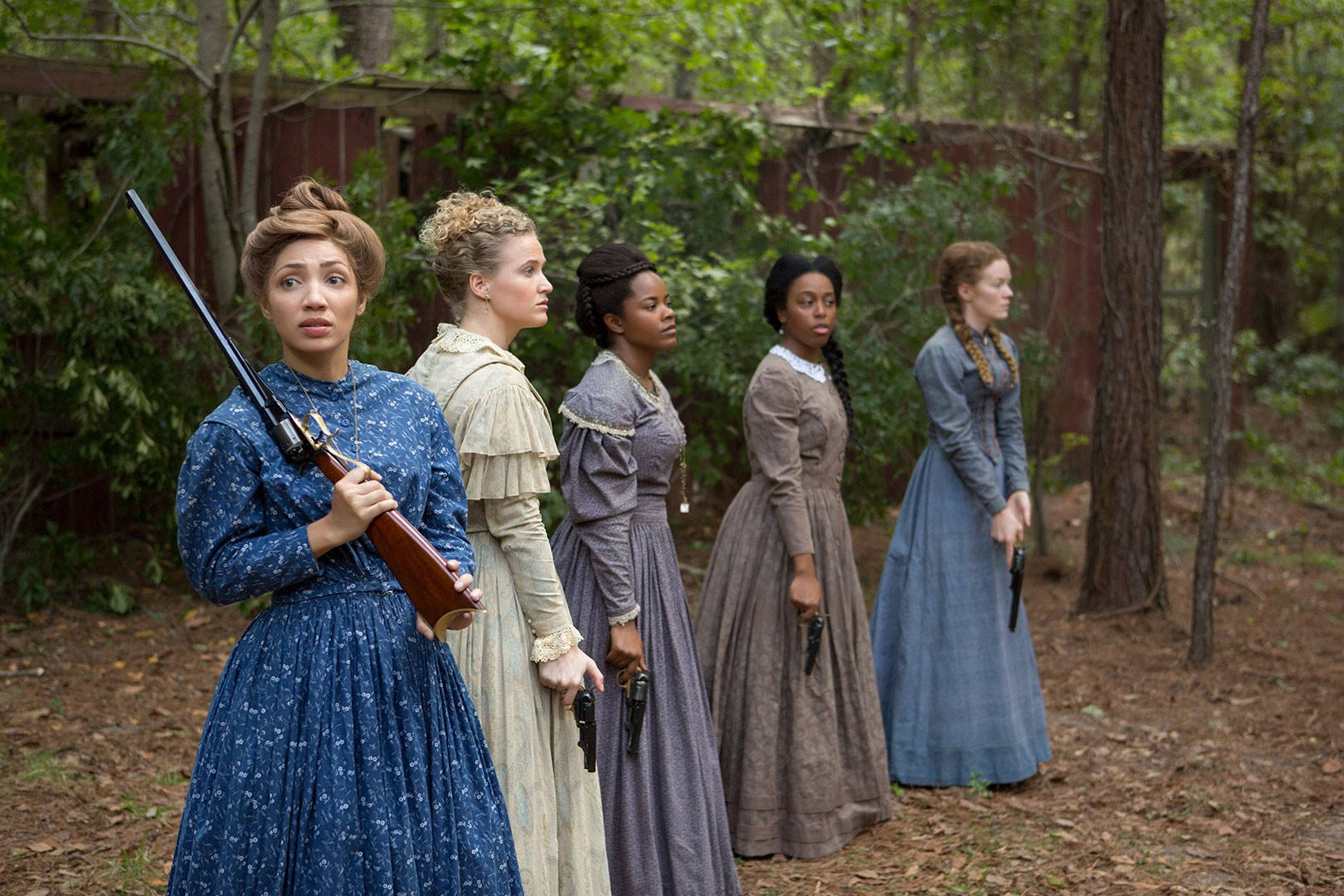 Your period costumes are always exquisite. What kind of research did you do for Underground?

If I can, I read about where they lived. I look at a lot of pictures of the actual place, because so often we don't shoot where the story takes place. The South was so languid and hot and steamy and so the colors reflect that. There are all these beautiful pastels and brighter jewel tones that'll look great in Miami. I always thought the Macon family would be wearing Versace. They’re very rich, wealthy, saturated, and very much in fashion. Whereas in the North, everything is a little crisper and a little more tailored and the colors are a little more austere and what we think of as American colors: forest green, burgundy, red, black and navy. That's more the northern palette. Those colors look so much better in a northern climate with northern light. It's that crisper, clearer light. It's more direct, whereas the southern light is more diffused.

Fans are excited to see Harriet Tubman join the show this season. What did you want to say about her through the costumes you designed?

They just found a new picture of Harriet Tubman from when she was younger, but there are not a lot of pictures of Harriet. The ones you do see, she's very austere. She was deeply religious and very strong-willed. Something that's kind of a theme this year is “hiding in plain sight.” Harriet Tubman had so many guises in real life. She's on the move a lot. She doesn't seem to carry much luggage. What would she be wearing that would fit a lot of different circumstances, enable her to hide in plain sight, enable her to hide amongst enslaved people as an enslaved person if she needed to? It couldn't be too fancy. It had to be able to travel well. So what sort of fits all those bills? We talked about that for quite a while and we landed on some things which you'll see as the series progresses. At the same time, we all wanted her to look very heroic. This is an amazing woman who changed history and set a course for emancipation. 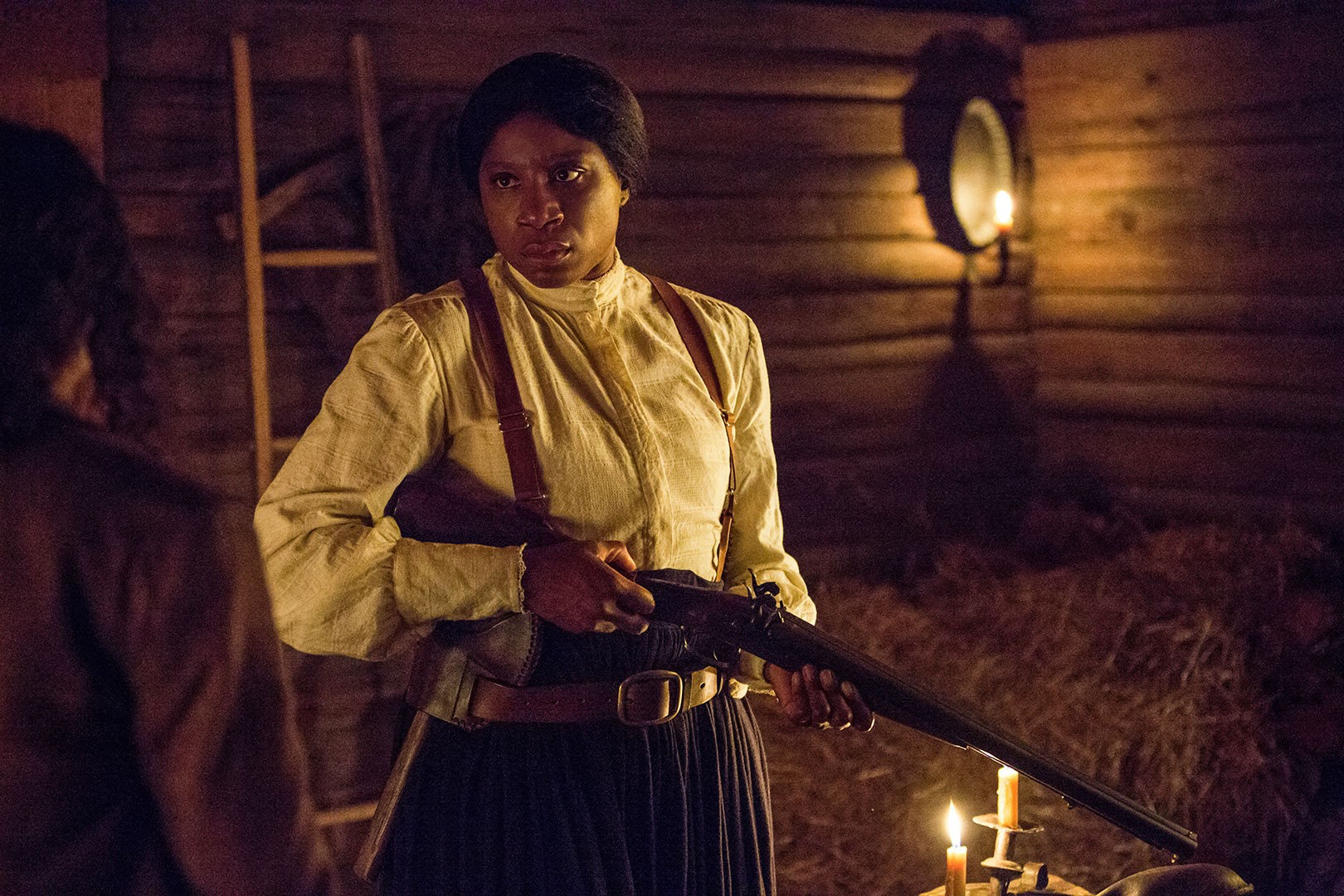 You’ve created so many iconic costumes for some of the most beloved films. Can we do a lightning round to touch on a few? Let’s start with Eve’s Bayou.

That was my first period movie. Jurnee [Smolett-Bell] was 11 or 12 years old at the time and it was one of her first pictures. That was a very exciting time for me because it was my first period [piece.] I wanted to create a kind of Camelot with her parents, because they were the center of the town's society and popularity, especially her father, who was the doctor. So to create an African-American Camelot in the middle of the swamp was a very interesting undertaking.

How about The Green Mile?

Most American prisons were not actually using uniforms for guards [in that time period.] The guards were the guys with guns and the cons were the guys in chains, so I set about designing a uniform. I borrowed pretty heavily from the New York Police at the time, but that was a little too policeman-like. I added some Air Force details and then the whole thing was a little too tough, though I liked the general design, so I put that 8 point cap on them. Even though it's a military hat, it always makes you think of a milkman. So you're reading these clues and you don't even really think about what you're reading, but you're like, "Authority figure, but in general pretty nice or at least approachable." We also distressed all those black and white uniforms, which I made. We were shooting the first half of the movie here in Los Angeles and the second half in Tennessee. I called the guy who does locations in Tennessee and I said, "You have to send me some of the dirt from the fields we're going to be shooting in. I have to match the distressing." I wanted everybody to look like they had been doing field work to the point where the dirt never quite came out of the hems. If you go back and look at some of the stills, you'll see just this really tiny layer of grime that matches the color of the dirt from fields in Tennessee. That's nerdy-ness, my friend.

I can’t let you go without talking The Notebook.

For The Notebook, there were a couple of threads there that were very important. One of them was to very subtly make sure you were always aware of the class difference between the two. That carries forward to when they're older. You never really leave your roots behind. You may have a better version of what you had, but you still have that. Noah was very no-nonsense, kind of serious kind of guy. Allie had all her clothes handmade in New York. Her clothes were always going to be a little bit special and his were always going to be very utilitarian.