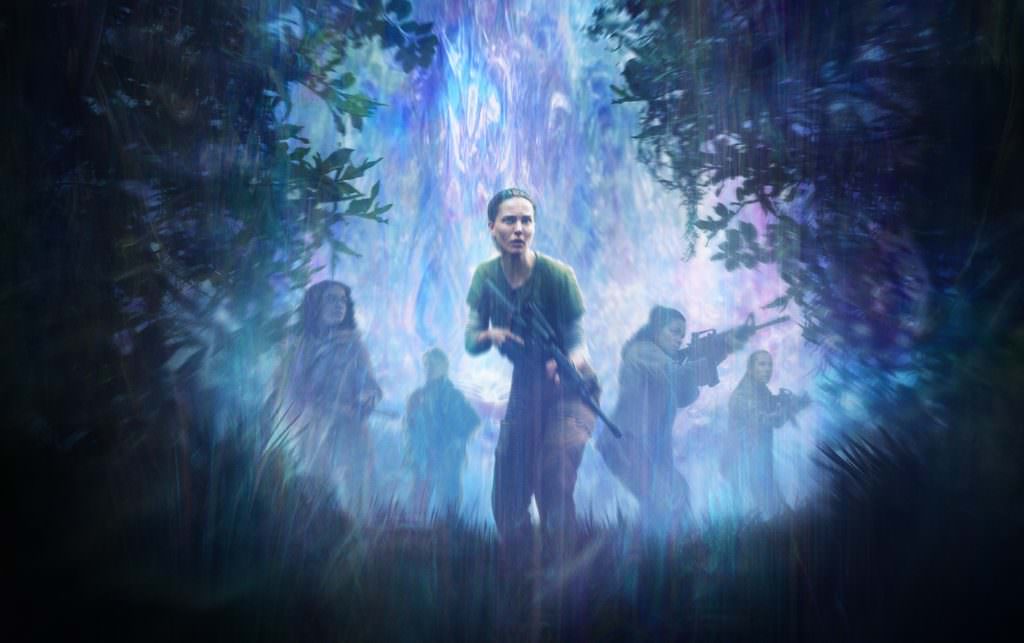 Ever since we heard Ex Machina writer/director was tackling an adaptation of Jeff VanderMeer’s wild sci-fi novel “Annihilation,” we were enthused. Garland has real vision, and his love and respect for sci-fi, a genre with limitless possibilities, were on full display in Ex Machina. That film took one of the genre’s most durable tropes—the blurry line between the real and the synthetic, the human and the artificially intelligent—and invested it with wit, real feeling, and tension. With Annihilation, Garland would been investing his skill, and that of his talented collaborators, on a much larger scale.

Annihilation follows Natalie Portman’s Lena, who is a part of a four woman team sent into the mysterious “Area X”, a region of the United States that has been quarantined due to very bizarre activity, resulting in loss of life for those who tried penetrating the area before them. What’s more, Area X also seems to be growing, and everything it touches is subject to wild, increasingly intense mutation. Portman and her fellow travelers are the twelfth expedition to attempt to enter Area X and try to find out what the hell is going on. They’re doing so on behalf of the Southern Reach organization, a mysterious outfit whose true designs are unclear. Previous expeditions ended in horror and tragedy; the second ended in mass suicide; the third in murder; and the eleventh ended with every member dying of cancer. Lena’s husband (played by Oscar Isaac) was one of them.

The first trailer was promising. The talent involved, not only the director and cast (which includes Jennifer Jason Leigh, Thor: Ragnarok’s Tessa Thompson, and Gina Rodriguez), but Garland’s Ex Machina collaborators production designer Mark Digby and cinematographer Rob Hardy, look to have done another incredible job. Now, early reactions to the film are hailing it as a new sci-fi classic, and we’re not in the least bit surprised. To do VanderMeer’s eco-horror novel any justice would require filmmakers and actors unafraid to make bold choices, and it looks like that’s precisely what we have here. We’ve gathered some of the Annihilation reactions below (reviews are still embargoed) to give you a sense of what folks are saying. The film opens February 23, giving you a reason to head back to the theater after seeing Black Panther, which opens the Friday before, on February 16. If you haven’t heard, that film is something of a phenomenon.

#ANNIHILATION: This is the type of sci-if we always say we want to see. Bold, challenging, singular, visually dazzling. Would not be the least bit surprised to see it hailed as a masterpiece (and it might actually be one).

Alex Garland’s #Annihilation is absolutely phenomenal. It’s gorgeous and mesmerizing, with brilliant performances from the entire ensemble. It’s a remarkable vision, and has a sequence so thrilling that I was left literally dizzy. It will be on my Top 10 of 2018 without question. pic.twitter.com/zGmDGlyh0M

ANNHILATION is, in wholly inelegant terms, one hell of a mindfuck. Most of the time, I didn’t want it to end; occasionally, I was so unsettled I thought I might keel over.

Make no mistake, #Annihilation is a new sci-fi classic. Brilliant, thrilling, and provocative, it has as much metaphoric depth as it does narrative tension. I’m floored. pic.twitter.com/o2taDg2Z7L

Just saw #Annihilation, and damn, it’s gorgeous. Beautifully done, riveting and smart. Going to need to process this one for a while, and I want to see it again! pic.twitter.com/rFl5cnacon

This much is clear: #Annihilation is NOT the movie you walk out and take to Twitter for a quick opinion. It’s grabs you hard and leaves you frazzled. Hats off to Paramount for letting Garland be himself on a bigger budget https://t.co/1nkKEmuPkF

It took me 12 hours to figure out how I felt about #Annihilation but I think I love it! The impact of seeing 5 women take the lead in a sci-fi movie cannot be overstated.