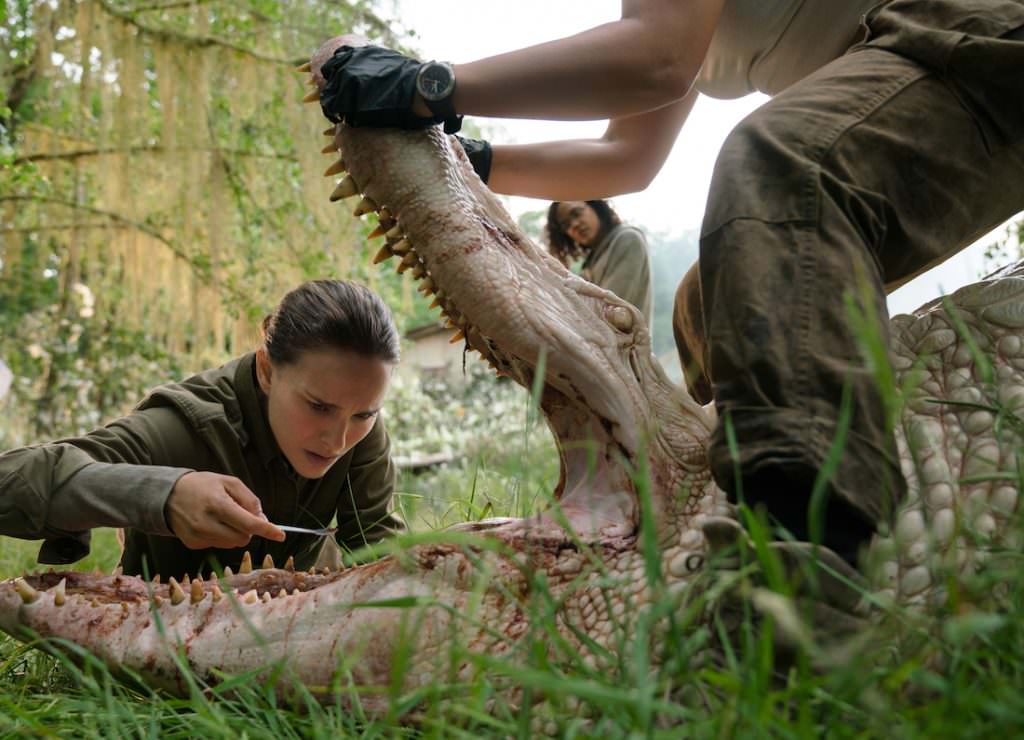 We’ve been waiting for Alex Garland’s new film since the second we walked out of the theater after seeing Ex Machina in 2014, his fantastic take on artificial intelligence, and one of the smartest sci-fi films to come about in a long time. Joining Arrival and Blade Runner 2049 director Dennis Villeneuve as an auteur who uses sci-fi to explore big, complicated issues and themes (no genre is more malleable than sci-fi), Garland is back with Annihilation, his highly anticipated follow-up to Ex Machina, and the first trailer, just released by Paramount, is a beaut.

Based on Jeff VanderMeer’s mind-blowing eco-horror novel of the same name, part of his “Southern Reach” trilogy, the film follows Natalie Portman as a member of a four woman team who are sent into the mysterious “Area X”, a region of the United States that has been quarantined due to very bizarre activity, resulting in loss of life and entities within Area X that seem to be something new, and deadly. Portman and her fellow travelers are the twelfth expedition to attempt to penetrate Area X, doing so on behalf of the Southern Reach organization, a mysterious outfit whose true designs are unclear. Three of the previous expeditions ended in horror and tragedy; the second ended in mass suicide; the third in murder; and the eleventh ended with every member dying of cancer.

This first peek at Garland’s film is something else; Area X looks both gorgeous and haunting, and like he did on Ex Machina, working once again with cinematographer Rob Hardy, Annihilation looks unlike any sci-fi film you’ve seen before.

Annihilation opens in theaters on February 23, 2018.

How Snowpiercer’s Costume Designer Hopped On the Post-Apocalyptic Ride