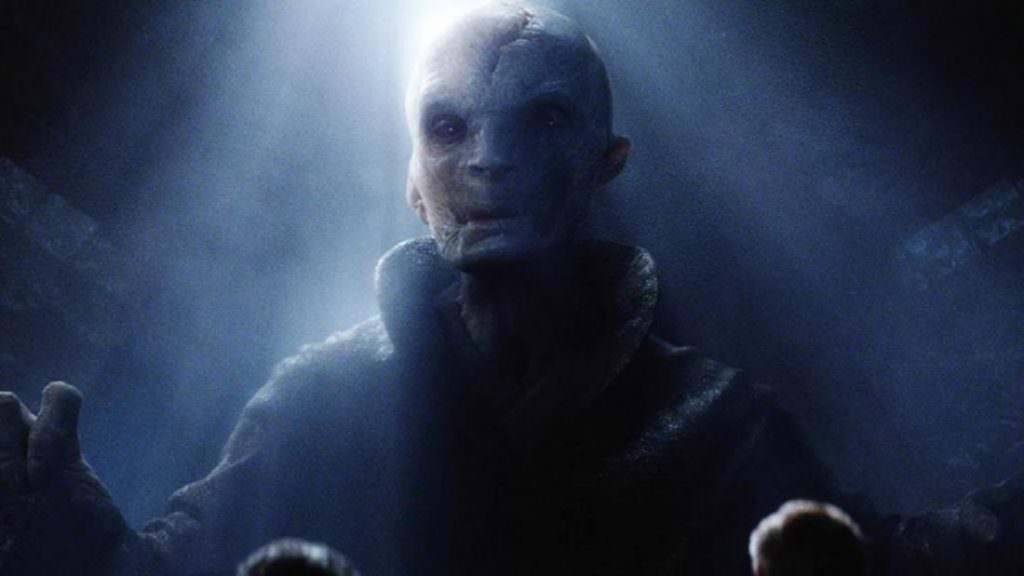 Andy Serkis is everywhere these days. From Caesar in War for the Planet of the Apes to Klaw in Black Panther, Serkis is dominating the blockbusters. He was, of course, the actor behind one of the most talked about scenes in The Last Jedi. Serkis played Supreme Leader Snoke who (SPOILER) was killed in the film.

Some fans expected the leader of the Dark Side to have a more dramatic story arc. Audiences were hoping for a big reveal about his origins, but turns out, it didn’t matter. Kylo Ren (Adam Driver) had to use the force one time, and goodbye Snoke. Serkis is now out promoting his role in Black Panther, but SlashFilm took the opportunity to ask the master about Snoke’s future.

“Look, it’s Star Wars, so you never know how life, or whether life can be come back to or not,” Serkis said. “Whether you can be resuscitated or brought back. I was shocked. Dramatically, it felt absolutely right for that moment in the film, so I didn’t question it. I just think it’s a very, very important scene, so I didn’t question it. But I do, I know it’s left fans feeling like, that they were really searching for something there. And what I’m saying is, who knows?”

While it’s an intriguing subject, dude was sliced in half. Star Wars has some amazing technology, but reanimating a body that has been split in two is probably not a minor feat. Serkis has incredible range and versatility, however. It’s definitely possible that J.J. Abrams could mine his talent in other ways for Episode IX. We might be done with Snoke, but there’s always room in the galaxy for more Serkis.